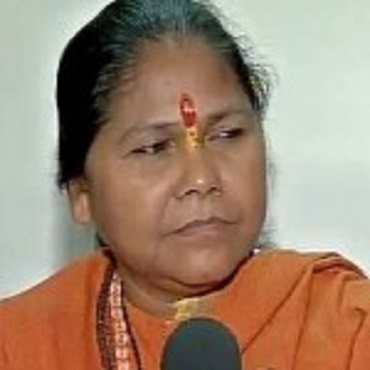 For the last four days the Indian Parliament has witnessed uproarious ruckus and chaos over an objectionable and silly statement made by the Minister of State Sadhvi Niranjan Jyoti during a public meeting in Delhi.  There was full-throated slogan shouting, particularly in the Rajya Sabha as the united Opposition stuck to its demand for the resignation of  the Minister. While  the  Rajya Sabha witnessed several adjournments, the scene in the Lok Sabha was somewhat different. .The Question Hour  was held amidst  din and  disorder. As the government  went ahead with its business schedule amid slogan-shouting, the members of the Opposition staged a walkout during Zero Hour.

All opposition parties have been asking for the immediate resignation of the Sadhvi, alleging that she had violated the solemn oath of her office. The most  surprising aspect of the ruckus is that no Member of Parliament nor any media analyst has tried to understand that the oath office prescribed in the Constitution has been violated a number of times  in Indian Parliament.

Trouble started in both Houses as soon as they met for the day, with members of parties like TMC, Congress, CPI(M) and RSP shouting slogans. With the Prime Minister present in the Lok Sabha after his week-long tours, the Opposition members vociferously pressed for a statement from him. They questioned how he could allow a minister who used such “abusive” language to remain a part of his government. As the Opposition members shouted slogans in the well, BJP members, particularly women MPs, countered the Opposition attack on Ms Jyoti, who was also present in the House.

The Minister for Parliamentary Affairs, Venkaiah Naidu rejected the demand, citing a few instances of the controversial remarks in the past by leaders from other parties as well. He referred to an incident during the  UPA rule when a minister had allegedly made derogatory comments against Atal Behari Vajpayee, which led the  then Prime Minister Manmohan Singh to apologise in the House.  But the concerned  the minister refused to do so. He also reminded protesting TMC MPs about the reported remarks of its MP Tapas Pal at a public meeting where he had allegedly threatened CPI(M) cadres and their family members with rape and violence.  Refusing to accept the demand of the Opposition, Venkaiah Naidu said the matter had ended as the Sadhvi  had already apologised and the PM had  expressed total disapproval about her comments.

Rajya Sabha proceedings were washed out for three  days as the Opposition created a pandemonium seeking the minister’s resignation. They also attacked the PM for not speaking on the issue in the House, and urging him to announce the minister’s “sacking”. The House was adjourned thrice in the pre-lunch sitting and twice again after lunch due to the Opposition uproar, before being adjourned for the day just before 3 pm.

Later in the  evening  on December, 2014, a complaint was filed against the Union minister at the Tilak Nagar Police Station for  “making malacious statements  for causing communal disharmony”

The latest trick adopted by the opposition parties is to force a resolution in the Rajya Sabha seeking censure of  Sadhvi  Jyoti and eeking her resignation. It is a bizarre move aimed at embarrassing the government and continuing the logjam in Rajya Sabha.

It is really shocking that  most of our Parliamentarians  have short  tempers and shorter memories. While accusing the Sadhvi of violating  the oath of her office, they have forgotten the worst instance of the violation of the oath of office by the former Prime Minister, Dr. Manmohan Singh.  On 9 December 2014, Dr. Manmohan Singh had  mischievously   declared that in future Muslims will have the first claim to national resources. This demeaning policy statement was made  on Sonia Gandhi’s birthday. According to the rumour mill circulating in Lutyen’s New Delhi at that time, the highly discriminatory statement was made at prompting of  an adviser to the UPA Chairperson.

It is indeed a tribute to the pliability of the mainstream media that no one dared question the Constitutional validity of Manmohan Singh’s nakedly communal policy statement.  No one, neither any columnist nor media anchor of any TV channel faulted the Prime Minister for this unprecedented and deliberate violation of the Oath of Office taken by him. Among other things, the oath of office prescribed in the Third Schedule, Part I of the Constitution, enjoins that the Prime Minister should discharge his duties towards all of India’s nationals, “without fear or favour, affection or ill-will”.

“I …………  ……… do swear in the name of God / solemnly affirm that I will bear true faith and allegiance to the Constitution of India as by law established, that I will discharge my duties as Prime Minister for the Union and I will do right to all manner of people in accordance with the Constitution and the law, without fear or favour, affection or ill-will.”

In flagrant violation of  his oath of office, the Prime Minister’s shameful statement clearly expressed an unmistakable “affection for the minorities, especially the Muslims.”   His communal pronouncement was  a nefarious attempt to polarize the voters.  a gross violation of the oath of office taken by the Prime Minister and a deliberate one at  that.

The second intent of Manmohan Singh, inherent in the wonky pronouncement, was an open expression of bias and ill-will towards the majority community, the Hindus, who constitute nearly 80 percent of the country’s population by denying them an equitable share in the country’s resources.  It further indicated that the UPA   considered the Hindus to be second class citizens entitled merely to the leftover crumbs—after the Muslims and other minorities had taken the lion’s share of the national resources.

Worst still was the decision of the former Prime Minister, acting in cahoots with his favourites—Salman Khurshid and Justice Sachar—to shower two crore scholarships on the children of Muslims and other four minorities and give them cheap loans worth several lakh crore rupees. According to insiders, this sinister move involved up to 12 lakh crore Rupees for creating a vote bank for the Congress Party.

The worst aspect of the violation of  their respective oaths of office by Dr. Manmohan Singh and the then Minister of Minority Affairs, Salman Khurshid was that not a single scholarship was granted to any daughter or son of some 34-35 crore Hindus living below the poverty line.

Congress MPs and their associates need to be taught a lesson by the ruling party here and now.  It is time that some gutsy members of the Parliament brought up a motion in  both Houses  censuring Dr. Manmohan Singh and Salman Khurshid.  Apart from pulling the rug from under the feet of the opposition groups, the proposed move will highlight the gross discrimination practiced against the children of poor Hindus because they are ignorant of their Constitutional rights.