Sagarika Ghose must go to school 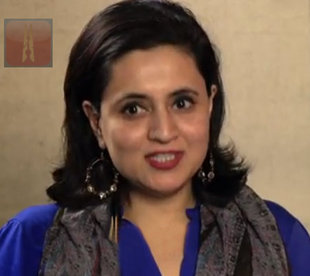 On 17 September, 2014 in an op-ed on Times of India titled ‘Rename secularism. Call it ‘dharma’ or righteous administration,’ senior columnist and former news anchor Sagarika Ghose claimed among other things:

Secularism should be renamed as dharma or doctrine of righteous administration.

I do not understand Ms Ghose’s obsession to experiment with India’s pristine heritage; about eight years ago she made an appeal through her blog to publicly re-write the Purushasukta, which she claimed to be an essentially unmerited hymn. Now she wishes to make a cocktail of secularism and dharma like one of gin and tonic—I suspect she took the title of her own book a little too literally.

For those who may not know—including Sagarika Ghose and her ilk—both the concept and the term “Dharma,” which is a central concept in the Indic belief systems of Hinduism, Buddhism, Sikhism and Jainism, has no equivalent or even close translation in Western languages.

The Sanskrit noun dharma is a derivation from the root dhṛ, which mostly is said to mean “to hold, maintain, keep, uphold” and so on. However, both its meaning and theoretical reach have changed from time to time.

In almost all schools of thought which fall under Hinduism, dharma denotes conduct that is deemed to be in concurrence with Rta-the principle of natural order which regulates and coordinates the universe and everything within it. In this context dharma also includes duties, laws, virtues which can make way for what can loosely be called the righteous and virtuous way of living.

Among the Buddhist schools of thought, dharma (dhamma) means “cosmic law and order”, but can also be applied to the teachings of the Buddha.

In Jainism dharma refers to the teachings of the Jinas as well as teachings related to moral codes of conduct.

For Sikhs, the word dharm means the “path of righteousness”.

Had Sagarika Ghose been aware of the multiple meanings of Dharma and the vast corpus of material on it, she wouldn’t have advocated this unwanted cocktail. However, Sagarika’s irregularity is the essence Indian secularism which her fellow-travellers always vociferously defend, and prevent the public from examining and exposing its speciousness.

In the TOI piece, she also states :

It surprises me that Sagarika Ghose, a history graduate of St.Stephens lacks even basic knowledge of Indian history. It is not Hindutva which projects secularism as an influential Marxist trend.

The original posterboy of Indian secularism, Pandit Jawaharlal Nehru’s idea of governance was influenced to a large extent by ‘Fabian Socialism’ and the example of the erstwhile Union of Socialist Soviet Republic. Nehru in many of his writings had confessed his admiration towards the Soviet intellectuals and it is widely accepted by scholars that Nehru’s espousal of the undefined ‘scientific temper’ was the result of this admiration.

Furthermore it was under the premiership of his daughter Indira Gandhi that a history professor of Marxist leanings, Nurul Hasan, became the education minister. It was not surprising because, to continue in office, Indira Gandhi wanted, and obtained the support of the Communist Party of India.

A notable point to remember would be that it was Nurul Hasan who successfully pushed for the creation of the ICHR in 1972. The ICHR was meant ‘to give a national direction to an objective and scientific writing of history and to have rational presentation and interpretation of history’. Remarkably, this objective was exactly identical to that of the Soviet Union which was also known to ‘direct’ research, with the belief that all academic work follows the Marxist model. Similarly, most of those who ran the ICHR were Marxists or pro-Marxists and it was these scholars who further strengthened the inaccuracy of Indian secularism.

It also shows gross ignorance on Sagarika Ghose’s part to say ‘silly secularism created the Hindutva cult.’ First, Hindutva is not a cult but a home grown movement which took scholarly sustenance from the customs set by many great philosophers and sages like Raja Ram Mohan Roy, Swami Vivekananda, and Gopal Ganesh Agarkar. This ideology that is falsely branded by Sagarika Ghose’s own “silly secularists” as Nazism, had stalwarts like Madan Mohan Malaviya , and KM Munshi as its followers.

The man who coined the term, Hindutva, Vinayak Damodar Savarkar himself wrote:

Prophets and poets, lawyers and law-givers, heroes and historians, have thought, lived, fought and died just to have it spelled thus. For indeed, is it not the resultant of countless actions — now conflicting, now co-mingling, now co-operating — of our whole race? Hindutva is not a word but a history. Not only the spiritual or religious history of our people as at times it is mistaken to be by being confounded with other cognate terms like “Hinduism,” but a history in full.

As regards its comparison to Nazism, we again turn to Savarkar:

After all there is throughout this world so far as man is concerned but a single race—the human race kept alive by one common blood, the human blood. All other talk is at best provisional, a makeshift and only relatively true. Nature is constantly trying to topple the artificial barriers you raise between races. To try to prevent the commingling of blood is to build forts on sand. Lust has proved more powerful than the commands of all the prophets put together. … The central unity of man from pole to pole is true, all else only relatively so.

How this way of thinking is equated with Hitler’s Master Race belief and the ‘eternal class struggle’ of Marxism is what I cannot comprehend. Now one of the most vital contributions of Marxism to Indian thought is a form of stubborn secularism steeped in cultural rootlessness. Sagarika Ghose is more than welcome to read this admirable piece to understand and value the contributions of Hindutva. I will cite a relevant portion for the reader’s benefit:

For any student of social science, studying the women empowerment in a society that is in transition from pre-modernity to modernity, one of the vital indicators would be the marriage age of the girls. Legal prohibition of marrying off the girl children in the name of custom and tradition plays an important role in making women achieve education and get empowerment in the society….…Towards this ,social reformers in India fought a very tough battle. Important pioneers who paved the way for stopping the child marriage were among them were Hari Singh Gour  who through his repeated appeals to recognize the  standards of modern clinical psychology was able to pass the law that raised the age of consent for girl children from 12 to 14.  That war for raising the marriage age of women and prohibition of child marriage was further taken up by Harbilas Sarda…….Hari Singh Gour was member of the Legal Advisory Committee of the Hindu Mahasabha. Harbilas Sarda was a proponent of pan-Hindutva.

It has been the fashion among several Indian secularists to declaim Hindutva without reading its primary source material—Savarkar’s Essentials of Hindutva. Such ignorance makes many of the Indian secularists similar to the creationists of USA who deprecate evolution without ever reading the Origin of Species.

Further in the article, Sagarika Ghose continues to display her ignorance:

The diktat by Swami Swaroopanand that Shirdi Sai Baba should not be worshipped as the Saint was ‘nothing but a Muslim fakir’ runs counter to the religious democracy of Hinduism.

If she had been following news reports, she would have known that the first people to disagree with the Swami were Uma Bharti who declared herself as a Sai devotee and MG Vaidya of the RSS who opined that it is for the devotees to decide who they want to worship. But then again why would she pay attention to ideologues of the Hindutva kind when it suits her to simply shelve them?

Dharma is independent of any particular cult; dharma rises above the clashing cultist dogmas of secular vs Hindu. Dharma means not only total religious neutrality but upholding the law at all times through tough executive action. This means bringing to justice and punishing those attacking Wendy Doniger and M F Husain, as well those attacking Salman Rushdie or Taslima Nasreen.

In this statement, Sagarika Ghose follows the standard set by the secular commentariat where they sneakily cast the philosophical, religious and cultural aspects of Indic standpoints together into one basket and scream ‘wolf!’ whenever the ‘H’ word is uttered.

As far as comparing the issue of Wendy Doniger to Salman Rushdie/Taslima Nasreen, it is the same age old silly process of balancing radical Islam with the “rise of Hindu nationalism.” Many of us know that Doniger still occupies her place in Hindu studies and her books have been published in India recently. Is there an instance where Wendy Doniger had to be placed under constant security like Rushdie and Taslima, or is Doniger’s life under threat like the latter two?  As the American satirist Bill Maher would say ‘this balancing for balance’s sake, is absolute ****.’

Dharma or righteous administration must be rooted in the thinking of Tagore and Gandhi. Both were deeply learned in scriptures, but both respected religious differences equally deeply. One was a humanist with a strong sense of Vedas and Upanishads, the other was a practising pragmatic politician, rooted in sanatan dharma. Theirs is the dharma that the modern pluralist must espouse, a dharma that passionately believes in multiplicity of faiths.

Let me rephrase an oft-quoted refrain which has now attained the status of a maxim: Ignorance thy name is Sagarika.

Any student of history and philosophy will know that Rabindranath Tagore’s principles were considerably influenced by the teachings of the Brahmoism whose core belief like that of  Hindutva was based on the same Vedic structure deemed as awkward by many scholars of the secular kind.  As far as Gandhi is concerned this statement of his says it all:

I am a proud staunch Sanatani Hindu. The Geeta is the universal mother. I am unable to identify with orthodox Christianity. I must tell you in all humility that Hinduism, as I know it, entirely satisfies my soul, fills my whole being, and I find a solace in the Bhagavadgeeta that I miss even in the Sermon on the Mount. When disappointment stares me in the face and all alone I see not one ray of light, I go back to the Bhagavad Gita….

To quote a Hindi movie dialogue of the late, great Raaj Kumar: those whose own houses made of glass do not throw stones at others. The reason for the quote is this gem Sagarika Ghose tweeted on 17 May 2014:

In conclusion, I respectfully suggest Ms Sagarika Ghose to kindly go back to school—in other words, start reading primary texts on Indian history and philosophy. If that’s too hard, she can write a balancing sequel to her TOI piece titled ‘Rename secularism. Call it Iman or khilafa.’