Section 66A is a booster shot for Azam Khan’s arrogance 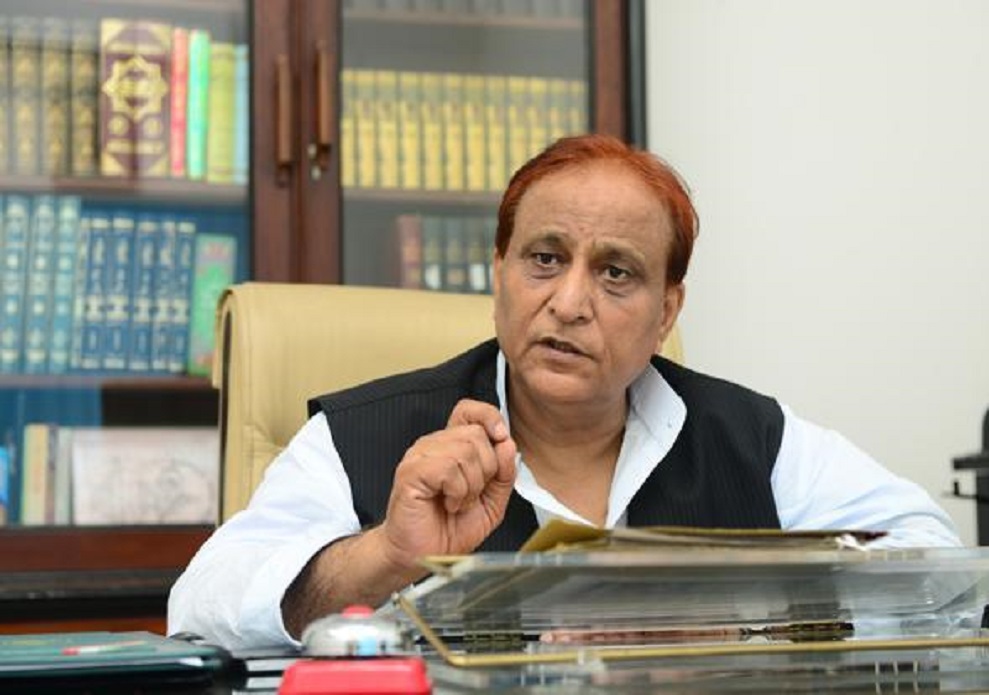 A school student allegedly maligns the image of senior Samajwadi Party leader and Uttar Pradesh Urban Development Minister Azam Khan. The boy is thrown behind bars under the draconian Section 66A of the Information Technology Act. The incident has once again brought focus on a fundamental question: what exactly is “grossly offensive”?

[pullquote]It is infuriating that the Narendra Modi regime wants to retain Section 66A.[/pullquote]

The point is that if everything “offensive” is banished from public discourse, which Section 66A intends to do, anybody criticizing a politician, bureaucrat, or businessman for corruption, impropriety, or misdemeanor would be liable to be prosecuted. This was the reason that the Congress-led UPA government introduced the odious provision in the first place.

A journalist writing a news report alleging kickbacks in a government deal surely causes the guilty minister, officials, and others to feel resentful, upset, and annoyed. When Subramanian Swamy hurled charges of venality at former telecom minister A. Raja, he obviously was rude and he surely insulted the then honorable minister. Swamy was also very unpleasant to the ex-minister and his (ex-minister’s) masters. Similarly, Prashant Bhushan also must have caused a great deal of anger and annoyance to former Central Bureau of Investigation director Ranjit Sinha when the former made public the list of visitors to Sinha’s official residence. In short, anybody exposing a corrupt person offends him or her.

The second point to be mentioned here is that offense, by its very nature, is subjective. Many Hindus found the movie PK offensive to their religion; many others did not, as evident from the success of the film. Many readers find classics like Madame Bovery, Lady Chatterley’s Lover, and Shekhar Ek Jeevani as offensive; many more do not. And anything that is subjective cannot be reasonable.

It is important to note that the Right to Freedom of Speech and Expression, as enshrined in Article 19 (a) of the Constitution, is subjected “reasonable restrictions.” These restrictions can be imposed for the maintenance of “the security of the State, friendly relations with foreign States, public order, decency or morality, or in relation to contempt of court, defamation or incitement to an offence.” Evidently, no restriction on the freedom of expression can be deemed reasonable on the grounds of offensiveness or subjectivity. Therefore, Section 66A, whose raison d’etre is offensiveness and not reasonableness, is against the letter and spirit of the Indian Constitution.

In this context, it would be instructive to examine the Galileo affair. Galileo published his Sidereus Nuncius (Starry Messenger) in 1610. This was based on the observations that he had made with his telescope. Some of these discoveries—lunar mountains, small moons around Jupiter, the phases of Venus, and sunspots—indirectly undermined the geocentric Christian cosmology. They offended the sensibilities of people in an age in which religious faith was a great, if not the ultimate, concern. Had Galileo decided not to offend the Christians—and this would have been a rewarding option—he would have deprived the world of important truths and science would have been poorer. He was not granted freedom of expression; he had to grab it. And he did offend many—and suffered because of the ‘offence.’ Without the freedom to offend, Salman Rushdie said, freedom of expression ceases to exist.

There are many other instances where science offers explanations which conflict with religious beliefs. In fact, even religions that have evolved over the centuries could not have without challenging the established orthodoxies and offending many—often most of—people. Jesus Christ propagated beliefs which offended many people, leading to his crucifixion. Shankaracharya (788-821) famously disputed with great theologians. Martin Luther enraged the Pope’s clergy.

To say that freedom of expression should be curtailed lest it offend or hurt the sentiments of people, or some people, implicitly accepts a ludicrous postulate: that all facts and truths that mankind ought to known have been known, and any new expositions would merely distort truths. One need not be a philosopher to say that the postulate is not only ludicrous but also smacks of hubris and complacency.

Therefore, it is infuriating that the Narendra Modi regime wants to retain Section 66A. In the wake of the arrest of the student, Minister of Communications & IT Ravi Shankar Prasad justified the obnoxious provision by saying “in the cases of terrorism, extremism, [and] rabid communal violence, appropriate safety measures must be taken.” For this purpose, his government ought to take other measures—like reining in the pro-Pakistan Chief Minister of Jammu & Kashmir. A jihad against free speech will only bring disrepute to his government.