Secularism: the Most Abused “privilege” of Indian Constitution 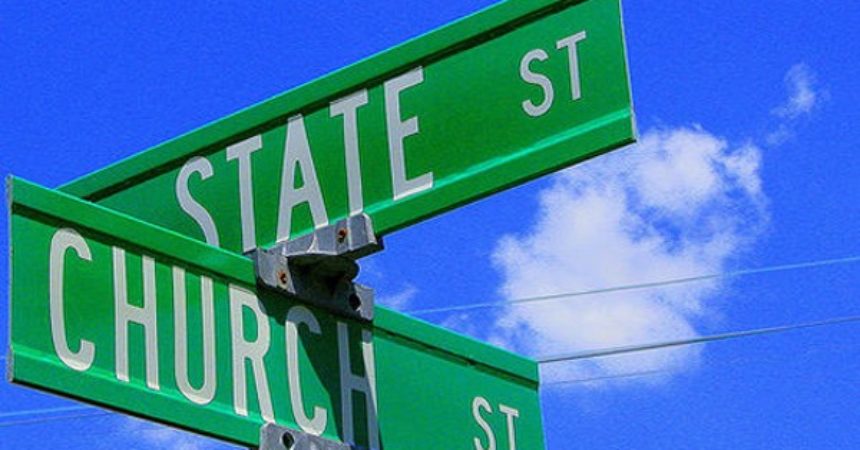 Partition of India happened on religious lines beyond any shadow of doubt. So, why is it that we choose to remain a secular country while our counterpart nation, Pakistan, never bothers about it? This is for the simple reason that cultural ethos of our civilization which are essentially based on religions of Indian origin (Hinduism, Sikhism, Buddhism, Jainism) implicitly carry notion of mutual respect and tolerance towards other religions in their very essence. Hence, what our Constitution guarantees in terms of “Secularism” is indeed a privilege for people of Abrahamic faiths, whose ideological premises is entirely based on religious absolutism. But the concern here is much bigger than just questioning the ideological construct of some faith, which is, how far we are able to preserve the sanctity of this term, secularism and what purpose we have achieved, so far, by explicitly inserting this expression in our Constitution, when even the definition of this term is not clear? This interpretational vagueness of secularism leads to rampant political, academic and administrative misuse of it. Therefore, these questions demand careful scrutiny of the facts that are predominant in governing the construct and applicability of this expression. So at the outset, owning the risk of being branded as “Sanghi Hindu Fascist”, I would like to challenge the very premise on which this term, secularism is defined and understood.

Secularism is a borrowed concept from west which was essentially borne out of the Church- State conflict; India has no parallel history on this count. Moreover, there is no such parallel terminology in Indian culture to support the viability of this expression, rather we have more inclusive doctrines like “Sarva Dharma Sambhaav (Equal treatment for all religions)”,“Vasudhaiva Kutumbakam” (World is one family) that could serve much better purpose than what is being achieved through the insertion of term secularism. And not only this, even in composition we are not honestly following the working module of west, for example, UK has 26 reserved seats in the House of Lords for Church of England Bishops, who together are known as the Lord spiritual. And in 2001 UK has gone one step ahead to dilute this Church-State separation by passing House of Commons (Removal of clergy Disqualification) Act 2001, for the purpose to remove disqualification for the clergy to secure seats in House of Commons. Therefore, what Indians assume to be secularism is but a fallacy. Since 1976 it has not even been in consonance in letter and spirit with the working module of the country from where we have supposedly borrowed this concept of secularism.

Miseries of this expression, secularism, doesn’t ends on its flawed historical construct, rather the very means by which it was inserted in the Constitution was also flawed and blatantly undemocratic. The original text of the constitution did not contain the word secularism. It was inserted by 42nd Constitutional Amendment, 1976, when the whole country was forced to witness the scourges of emergency period, where not only the rights of the citizens had been suspended but also the fourth pillar of democracy (media) too was totally dismantled through State sanctions and dictatorial vigilantism. It was therefore a fraud of monumental proportions which was not only undemocratic but also unconstitutional in terms of means. It is a well settled preposition of law that not only the intent of legislature but the means by which change is introduced in any law must also be legitimate in letter and spirit with the Constitutional ethos. But this unwarranted intrusion of secularism in our Constitution was made through the 42nd amendment in 1977 when democracy was dead, voice of the people was muzzled and fundamental rights had been suspended.

Apart from the glories that are usually read in the name of the “Basic Structure Theory”, there are certain grey areas also which needs to be appreciated about this theory. In landmark judgment of Kesavnanda Bharati case, theory of basic structure was propounded, 13 judges bench, largest ever known in Indian legal history, beautifully outlined the limitation of Parliament in terms of amending the Constitution but at the same time they have opened a Pandora box of uncertainties by leaving the ambit of basic structure wide open for further insertions, thereby leaving several questions unanswered. In which the predominant one is, what exactly defines basic structure and what if one component of basic structure comes in conflict with the other? This insincerity of interpretation left undefined expressions like secularism prone to the vulnerability of coming in conflict with the other components of the basic structure.

Secularism and the Test of Article 14

The judicial scrutiny of any legal construction and its applicability essentially requires passing the Test of Article 14 of the Indian Constitution, which in itself has gone through a major transitional shift i.e., from the traditional concept of equality based on the “Doctrine of Reasonable Classification” to the new concept of “Doctrine of Arbitrariness” which as a result widened the scope of the test of Art. 14. Broadness of this test could also be understood in the light of that fact that execution of any administrative or legislative action which is based on mere discretion of authority without having any reasonable standards are bound to fall in the scrutiny of Article 14. This new dimension of Article 14 transcends the classificatory principle of reasonableness to the whole new level. But having said that, the term Secularism and its applicability somehow enjoys immunity to follow the same scrutiny. This expression has neither any specific definition nor any reasonable standards to govern its applicability. And what all we have in the name of secularism is interpretational vagueness and unbridled discretion in the hands of authorities to exercise it. This helplessness of interpretational vagueness could also be viewed in the judgments of the Supreme Court, where in leading SR Bomai Case, it was openly admitted by the court that the concept of secularism is very elastic and therefore not capable of precise definition and perhaps best left undefined. So by and large judicial efforts in reducing this interpretational vagueness has only reduced to some catchy phrases like “Secularism is neither anti God nor pro God; it treats alike the devout, the agnostic and the atheist” and that too varies from case to case. This in result amounts to a generalization of the term, which conveys nothing except more confusion and provides discretionary leverage to promote adverse exploitation of this term.

Bottom-line submission: Where does the solution lie?

In the light of all these submissions it is pretty much convincing that the present narrative of secularism and its construct is not only flawed but also prone to vulnerability of misuse. And as of it, it bounds to breed more confusion and hatred among common masses regarding the applicability of secularism and in all probability, in the near future, it may results into an uncontrollable chaos of law and order situation. So where does the solution lie? To be precise about the solution there must be certain limiting principles defining the applicability of secularism and the purpose which it is meant to pursue. So that misuse of this expression must be effectively countered and scrutinized on well-defined reasonable standards.