Shafting India at will 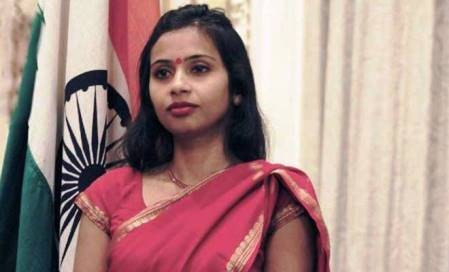 There are grounds for suspecting that the arrest, humiliation and assault against Devyani Khobragade may not have been about an underpaid maid and technical violation in a visa application. Something is amiss, but it can be inferred that the Manhattan public prosecutor has a real problem with Indians. Of course the US provides refuge to Khalistani terrorists and trained the ones, dispatched from their close ally Pakistan, who bombed Air India’s Kanishka. US involvement in terrorism is nothing new, as passing familiarity with its Latin American policies demonstrates, although it suffers the occasional blowback, the price Boston paid for harbouring anti-Russian Chechen terrorists.

Astonishingly, a respected Indian author has just published a disingenuous and mean-spirited article praising the nasty piece of work, “Preetinder Singh” Bharara, Devyani’s tormenter, for his alleged probity. No sign of the divine wrath that Draupadi’s disrobing called forth, which ended with the drinking of the blood of the assailant. It simultaneously decried all things Indian, with spurious, self-serving arguments that are being bandied about currently in redneck America to justify rape by its public officials. This was not the time to hyperventilate about India’s undoubted shortcomings to give comfort to the enemy. The quality of said Indian author’s judgment at a sensitive juncture, on a crucial issue of national dignity, leaves much to be desired.

India is full of mediocrities beholden to foreign jurisdictions, whether Anglophiles, Francophiles or the many merely besotted with US $$$. The sheer exhilaration of receiving an invitation to a minor event in the Delhi embassy of a European country seems to extinguish all decorum. And the thoroughly racist Americans have sensed divisions in India over Devyani’s fate, with its purchased media at pains to rationalize the venal US position on intrusive cavity searches. Its actual respect for women is minimal and all the feminist pretence a historic subterfuge that allows vile sexual exploitation in a different guise.

All of India’s moles and agents are crawling out of the woodwork, with scandalous apologetics for Uncle Sam’s propensity for sexual violence against non-white women from insubstantial countries. Presumably, these oh so, superior individuals would have no problem with a woman of their own household being subjected to what is effectively legalised rape. Is this why Delhi is vying for the title of world rape capital? India’s US lackeys refuse to accept that the only issue is the treatment meted out to Devyani. Whether the maid was underpaid and visa rules violated are a separate issue, which can be adjudged by the appropriate authorities. These unspeakable ‘Yankophiles’ are also engaged in mea culpa over poorly paid maids in all of Indian history, for which Devyani must somehow pay!

Contrary to the rubbish being purveyed by the semi-literates who now dominate the public space in India, John Kerry did not apologise, as I pointed out elsewhere. He did regret the consequences of Devyani’s treatment, which was a transparent rebuke for India’s reaction to it. Since morons, loyal to the waitress now royally misgovern the country on her behalf failed to sense John Kerry’s sophisticated command of the English language and its idiom. They also messed up over the appropriate level of retaliatory indignation, perhaps deliberately so because we have a suspect, third-rate EAM.

It was not necessary to remove the largely ceremonial barriers outside the US Delhi embassy since applying strict reciprocity on status accorded to its diplomats would have sufficed for the present. It provoked unnecessary US anger and India is now hoist by its own petard because the US has decided to make the natives crawl, which they duly will in time. The whole point is to come out ahead—not wet your pants in feigned anger for some other reason, which in this case happens to be the pending Maharashtra elections.

Why the US chose to rub India’s nose in the ground is an interesting question to which the MEA almost certainly has the answer although it is unlikely to disclose it. One thing is abundantly clear: the US is not a friend of India and has never been except in the importunate fantasies or self-serving delusions of Indian politicians and bureaucrats, whose extended families increasingly reside there permanently, the prime minister’s included. Their interests have a bigger impact on Indian behaviour towards the US than Indian national interest.

As it happens, the US ruthlessly extracts the last pound of flesh from every country. Even the utterly supine British have been given no quarter despite shared hereditary roots. The US demanded an immediate repayment of all loans from a prostrate Britain the moment WWII ended, indifferent to its parlous situation. India means nothing to the US except that it is now a pawn on the geopolitical chessboard, in their rivalry with China. And like a pawn it will be sacrificed instantly should geopolitics dictate. Indians should seek to recover a modicum of the dignity in its relations with the US that Indira Gandhi, to her eternal credit, fearlessly asserted.