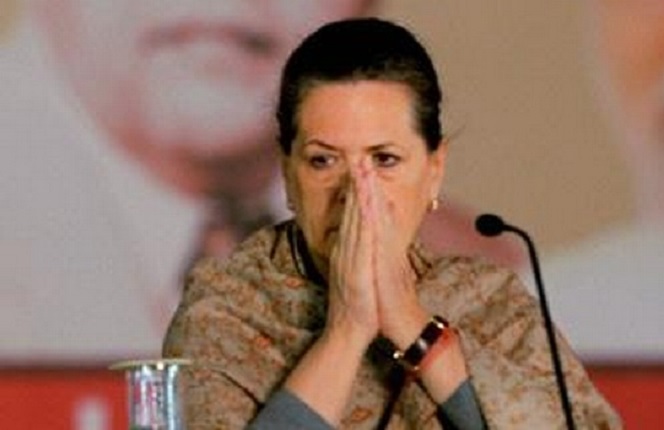 History, wrote Karl Marx, repeats itself—first as tragedy, second as farce. The Congress top brass seems to have taken the first part of the quote as gospel truth. Indira Gandhi lost massively in 1977, but sprung back by playing the victim a year later as the government of the day lost steam; after being in the Opposition for less than three years, she was back in office. Indira was persecuted and prosecuted by the Janata Party, thus gaining sympathy of the people; Sonia Gandhi is being harassed today. Indira came back to power; ergo, so would Sonia. QED.

This is a comforting but misleading syllogism for various reasons. First, political conditions have undergone a sea change since the late 1970s. The days of the grand old party’s dominance are over. Whereas the Congress’ alternative at that time, the Janata Party, was a hodgepodge of diverse ideological groupings and bickering partners, the Bharatiya Janata Party is a much more solid and formidable opponent to the Congress.

Second, all the charges against Indira Gandhi pertained to her regime’s highhandedness during the Emergency; she did not face the allegations of personal venality, though corruption did rise while she was in office. At any rate, Indians are not very intolerant to authoritarianism so long as it is within limits; the tendency is often seen as the hallmark of a ‘strong leader,’ a factor responsible for the rise of Narendra Modi. Some excesses by a decisive leader are soon forgotten and forgiven, as it happened in 1979 in the case of Indira Gandhi.

But Sonia, her son, and their family retainers face charges of corruption. Therefore, the Congress is being unrealistic in expecting rich dividends from the victimhood card that it is playing. And this is victimhood with bravado. Speaking outside Parliament last week, Sonia said, “Why should I be scared of anyone? I am Indira Gandhi’s daughter-in-law. I am not scared of anyone.” As if being a member of the Nehru-Gandhi family makes a person brave. By the way, neither Sonia nor the garrulous Congress spokespersons have countered senior Bharatiya Janata Party leader Subramanian Swamy’s charge that she is a “coward” whenever there is crisis in the country. According to him, she quit India during the 1971 Indo-Pak War.

Then there is Rahul Gandhi whose very citizenship has been questioned. In Puducherry, he said, “I absolutely see a political vendetta. This is the way the Central government functions, the way they think…” Unsurprisingly, all his party leaders have started talking about a vendetta.

This brings us to the third reason that victimhood will not work. It is quite obvious that there is no vendetta because the Modi government is busy wooing the Opposition for its support in Parliament. During his election campaign, Modi had promised a sea change in governance and end of corruption, but he has done little to redeem his pledges. Even in the National Herald case, it was the activism of Swamy that has borne fruit; the government has been of little help to him. So, to say that everything against the Gandhis has been done at the behest of the Prime Minister’s Office sounds implausible.

Fourth, all the allegations made by the Congress sound hollow, especially against the backdrop of its own record. “Who is threatening judiciary? We all know,” said Rahul, alluding to the government’s interference in the functioning of courts. Quite apart from the fact that the charge was hurled without evidence, the Congress has an inglorious past vis-à-vis the judiciary. Judges were transferred and superseded; efforts were made to subdue the judiciary; in the days of Indira Gandhi, the concept of ‘committed judiciary’ was floated. Therefore, Rahul of all people complaining about judges being threatened is incongruous.

Fifth, by stalling Parliament and blocking important pieces of legislation so that Family could be saved, the Congress is not endearing itself to the people.

But the Gandhis seem oblivious to these realities. Convinced that they have the divine right to rule India, they seem to think that by peddling victimhood and lies they would be able to fool the people all the time. Meanwhile, they seem to believe, history is on their side as it repeats itself. Their beliefs will have a deleterious effect on the party.