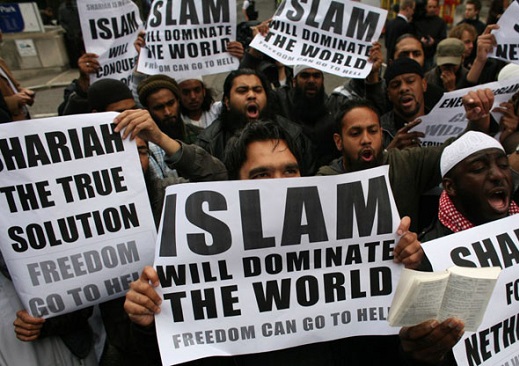 The statements by Hindu leaders and clerics about how many children Hindu women and families should have, has typically evoked sharp reaction from liberals and editorialists. Many of the statements made indeed were in bad taste, but this does not change the fact that the religious profile of Indian demography is changing—slowly but steadily and surely. The presence of Islam is becoming more prominent in our country.

Officially, census 2011 figures are yet to be made public. The Times Of India, however, has a news report (January 22) which says, “The latest census data on the population of religious groups, set to be released shortly, shows a 24 per cent rise in the Muslim population between 2001 and 2011, with the community’s share of total population rising from 13.4 per cent to 14.2 per cent over the 10-year period.” While the growth rate of the Muslim population has slowed from around 29 per cent between 1991 and 2001, it is still higher than the national average of 18 per cent for the decade, the report added.

These figures give the lie to the assertion of most intellectuals that Muslims are discriminated against in India. And those who are habitual liars cannot be expected to stress on an unpleasant truth: that non-Muslims face oppression, repression, and suppression in the Muslim nations on the Indian subcontinent. The portion of Hindus and Sikhs has consistently come down in Pakistan, and later Bangladesh, because of ethnic cleansing, government policy, and continuous persecution. In 1951, Hindus were 22 per cent of the population of Pakistan. Today, there are less than 2 per cent Hindus in Pakistan and below 10 per cent in Bangladesh.

Assuming that the present trend of the growth in Muslim population continues, it will take several decades, if not centuries, for the number of Muslims to exceed that of Hindus. However, it would not take a Muslim majority for the mullahs to demand an Islamic state and the enactment of Shariat; trouble would begin much earlier—surely in some enclaves. We should not forget that Muslims comprised less than a quarter of undivided India’s population to ask for, and acquire, a Muslim state.

Even if no demand is made for an Islamic state, the disproportionate rise in Muslim distorts the democratic process as well as economic development in large swathes of the country. In West Bengal, Muslims are over one-fourth of the population; this means that any party or coalition—howsoever irrational in its policies, as the Left Front was, or howsoever corrupt, as the present dispensation is—can expect to rule for long periods if it is able to secure the Muslim support. This explains the Mamata Banerjee’s lack of action against jihadists and the Marxists’ appeasement of Islamists (remember how Taslima Nasreen was hounded by fundamentalists and commies?). One can imagine the plight of the polity in Assam where the Muslims are over 30 per cent of the population. And also of the Muslim-majority Kashmir.

Intellectuals should have been worried about and discussing the disturbing demographic trends, but they are either blasé or contemptuous towards this subject. So, we are left with Hindu political and religious leaders to flag the issue. It is unfortunate that the manner in which they have been talking about the changing religious profile of the country lacks civility and proper understanding of history.

First, asking individuals—in this case, Hindu women—to beget four, five, or more children is shifting the responsibilities of the state and society to citizens. It is also an intrusion into the lives of citizens. Second, Muslims did not rule in India because of superior numbers; they ruled because they were united when it came to religion.

[pullquote] While the growth rate of the Muslim population has slowed from around 29 per cent between 1991 and 2001, it is still higher than the national average of 18 per cent for the decade.[/pullquote]

Many Hindus take pride in the fact that India is the only country in the world, save Spain, which was ruled by Muslims for hundreds of years and yet did not become Islamic. The claim is only partially true, for there are two Muslim countries—Pakistan and Bangladesh—in what was once India. And even in India, with one-seventh of population, Muslims call the shots in the political arena.

In such a milieu, there can be no impropriety in expressing concern about the increasing share of Muslims in the population. Just because a genuine issue is raised in a crude manner does not diminish its genuineness.