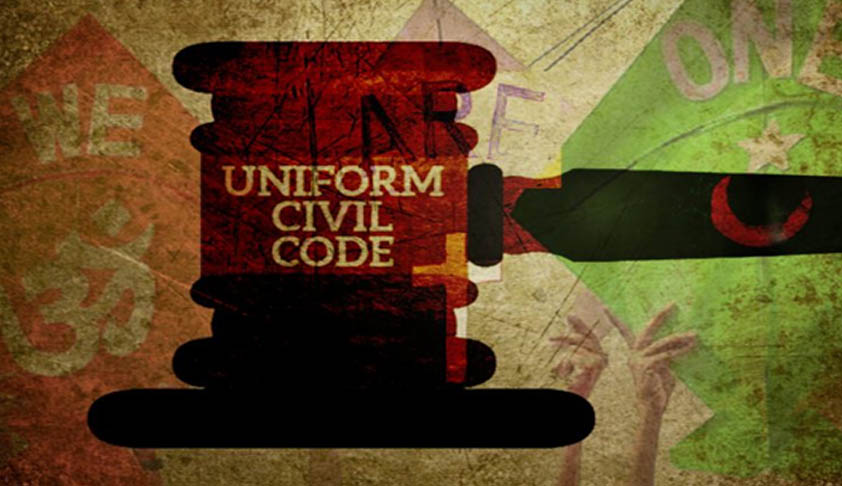 Editor’s note: Here is the statement released by Tufail Ahmad, renowned journalist and political commentator on the Draft Uniform Civil Code/Universal Bill of Rights for the Indian Citizen jointly prepared by him and two others (Satya Prakash and Siddharth Singh). The Draft UCC is attached as a file to the bottom of the statement.

The Constitution of India, under Article 44, directs the government as follows: “The State shall endeavour to secure for the citizens a uniform civil code throughout the territory of India.” However, ever since the Constitution came into force on January 26, 1950, no attempt has been made by the Indian government to draft a Uniform Civil Code (UCC) for fear that political parties could lose Muslim votes. Even civil society organisations and human rights activists have shied away from advocating a UCC for Indian citizens. This is a result of the prevailing erroneous belief that the uniform civil code is meant to curb personal laws, especially only of Muslims.

Contrarily, a uniform civil code was desired by the framers of the Constitution to ensure that basic fundamental rights of citizens, irrespective of their religious and other identities, are protected within a larger human rights framework. The issue of UCC has emerged into India’s political discourse recently because many Muslim women, affected adversely by the personal laws, have begun knocking on the doors of the Supreme Court to uphold their fundamental rights to equality and liberty in keeping with constitutional provisions. Therefore, more than ever before a realisation is gaining ground that a UCC will protect the constitutional rights of Indian citizens.

At present, no draft UCC exists that could enlighten the people of India regarding the specifics that will constitute such a code. Therefore, I began drafting a UCC and in this process was assisted by two gentlemen, Mr. Satya Prakash and Mr. Siddharth Singh, in their personal capacity. This UCC is drafted within a broader context of a Universal Bill of Rights for the Indian citizen (Ubric). This draft UCC is the first-ever attempt to bring specific issues before the public for a wider discussion. It is necessary to emphasize that the word “uniform” in the uniform civil code is not meant to homogenise the lifestyles and identities of Indian citizens but to ensure that certain fundamental rights to equality and liberty are protected for them by the Indian state.

An attempt has been made by us to address outstanding issues which are not limited to personal laws but have emerged into public discourse recently. Such issues include the lack of transparency in the functioning of political parties, Muslim women’s quest for equality, gay rights, and selective use of the rule of law by government officials such as in the case of Kamlesh Tiwari, thereby creating gulf between communities and threatening the cohesion of India. Therefore, this draft UCC is contextualised within the broader framework of a Universal Bill of Rights for the Indian Citizen. This 12-clause document is a working draft that we hope to improve through wider public consultation. While the government may or may not introduce a UCC, we request journalists, politicians, authors, citizens, social activists and others to discuss the specifics of this draft UCC and try to take this debate forward among the people.

We must emphasize that contemporary India is a totally new society in which 55 percent of its 1.3 billion people are below 25 years of age. This is a huge new population that is willing to shed ideas about caste and religion inherited from parents and religious leaders. The social attitudes and aspirations of these new people living in India’s territory are shaped essentially by the ideals enshrined in the Constitution of India. This is a constitutional generation of Indians which is clamouring for a uniform civil code to ensure that equal rights are available to all citizens, irrespective of religious and other identities.