Stopping Modi at all costs 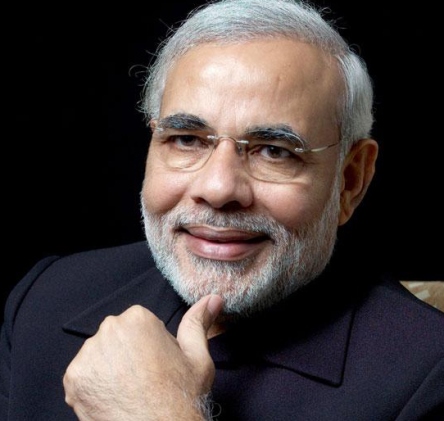 A US decision has evidently reaffirmed that Narendra Modi cannot be allowed to become prime minister of India. This is similar to the verdict reached on the elected President of Egypt, Mohammed Morsi. The US simply did not trust him and the Muslim Brotherhood to keep their promises of good behaviour. It seems the conclusion was that Morsi had to be removed from power despite his firm crackdown on the interests of the Hamas in Egypt and emollient tone about other issues of concern to the US.

The Saudis had also weighed in because the Muslim Brotherhood has historically laid claim to leadership of the Islamic world. This was an intolerable threat to US influence over what has been State Department Islam, the best antidote to Arab nationalism and underpinning for anti-communism, in the context of the Cold War, through a supine Saudi monarchy, totally dependent on the US for survival. The US was also possibly aware of everything Morsi was saying in private through its comprehensive eavesdropping activities that leave little confidential. It is probable that Morsi was counselling his Muslim Brotherhood associates of the need to bide their time.

Narendra Modi’s case is not fundamentally different because it is feared that Modi and his supporters will curtail the huge incursions into India by US agencies the UPA has facilitated. It is assumed that once Modi forms the government and becomes aware that India’s is well on the way to becoming a US banana republic satellite–in the age-old Central American and Asian tradition, subject to indirect rule–he will move to end it. The US has evidently infiltrated India on a massive scale, blackmailing politicians with covertly acquired information, sponsoring countless secular and religious foundations and the purchase of a huge swathe of the Indian media.

However, the erstwhile BJP as such was not really a drawback for the US because some of its prominent leaders have been very close to the US, virtual spokesmen for it. Others bent over backwards during the tenure of the NDA to please. Two of the BJP’s most senior decision makers, including the late Brajesh Mishra, even made offers of sending Indian troops to join the coalition in Afghanistan. The Americans themselves had not made such a request to India because it would have sent their vital ally in the Afghan war into veritable frenzy. This idea was very wisely vetoed personally by Atal Behari Vajpayee himself!

An even harsher version of this model for maintaining US control was tried out successfully in Algeria during the 1990s. The US and French sponsored Algerian military dispensation killed anything up to 300,000 civilians to eliminate the radical Islamic Salvation Group. The free Fourth Estate of Europe and the US played its usual collaborationist role. It blamed the army of the Islamic Salvation Group for the widespread killings, often of their own supporters, in orgies of mindless bloodlust, however incredible and unlikely that might appear. The bloody conflict lasted a decade and ended with the total destruction of the Islamic radicals. The Western intervention, which has destroyed much of Syria, killing more than 150,000 people, to the approving clamour of the Western human rights lobby, is another variant for re-imposing imperial control over a country. The invasion and destruction of Iraq was another, the death toll approximately 2 million so far.

The Indo-US nuclear accord has puzzled many observers, especially the mostly ill-informed Indian public. Some insiders involved in the negotiation of the Indo-US Nuclear Accord were also mystified by the US decision to allow India to ascend, in effect, to the extraordinary status of a bona fide nuclear power. Even more apparently inexplicable was the direct efforts made by President George Bush Jnr. himself to ensure a favourable outcome at the IAEA negotiations. He made a personal phone call to the President of China at a crucial juncture of the negotiations, when the latter embarked on a discreet, last-minute manoeuvre to scupper the deal it had agreed earlier with the US.

An excellent, revealing account of China’s machinations, by a senior Indian journalist present in Vienna was buried by his editor, the owner of India’s most pro-Chinese daily. In the end, the most knowledgeable attributed this paramount political American decision, recognising India as a nuclear power, to President Bush supposedly becoming enamoured with the country on a visit during the 1990s. It is unconvincing, indeed inconceivable that such a decision of huge political import could have been the product of a sentimental whim.  Although it is possible Bush acquired an undue affection for India, however weird that might seem to even the most patriotic Indian.

The decision to accord India nuclear status occurred because of a US perception that it had finally managed to acquire a durable foothold in it and access to high level Indian decision-making during the tenure of the UPA. Indeed, it seems, the US was even able to determine appointments to the Union Cabinet, certainly in the case of the Commerce and the Environment portfolios and perhaps even the EAM’s selection is cleared now by the US ambassador in Delhi. The granting of nuclear status to India, which was well and truly an enormous gift was motivated by the US view of India as a new client satellite. The journey in this fateful direction began during the tenure of the NDA and has neared completion under a totally subverted UPA. To their credit, both Jawaharlal Nehru and India Gandhi had resisted this dire predicament during the first decades of Indian independence.

The UPA of course represents mainly the family, rather than India and is also deferential to the US, which is the fate of the family itself as well. Quite noticeably, the US has helpfully striven to conceal any embarrassing information on the likely UPA prime ministerial candidate. The purchase of untested Westinghouse nuclear reactors as quid pro quo for the Indo-US Accord was a less significant secondary understanding. One also begins to understand why the UPA became an agent WalMarts rather than representing the vital interests of millions of Indian retailers.

This does not mean India accedes to all US dictates, for example over the purchase of Iranian crude. However, a deeper subservience to US preferences has been established and is being institutionalised. The US has become the major shareholder in the equity of the GoI, much as it has been in Pakistan for decades.

Mohammed Morsi may have eventually brought its own divinely-sanctioned misfortune to Egypt, but his entrapment, after the preliminary honeyed effusions from Washington, is a lesson for Indians, themselves on the verge of losing control over their country. Morsi was never in full command of the Egyptian government and the affairs of the country, despite an overwhelming electoral mandate. The religious obsessions of the Muslim Brotherhood also constrained a calculated grasp of the harsh secular international realities lapping around them.

They were determined to achieve, in short order, some of their Shariah-ordained goals on personal conduct, especially pertaining to women’s dress codes and sexual behaviour, a central pillar in the history of Islam, imperial expansion apart. The desire to impose curbs on other supposedly un-Islamic liberal freedoms was also accorded high priority. Yet, he was never in full control of critical economic issues like food and petroleum prices, which rose inexorably. As a result, a myriad of voluntary organisations and media outlets, blatantly sponsored by the US, had tens of thousands of the religiously less observant on the streets, baying for his blood. Within days of his brutal overthrow prices and other shortages mitigated and the Saudis and Kuwaitis extended huge loans to the beleaguered Egyptian economy.

The virtually instant announcement, after the swearing-in of Arvind Kejriwal and his juvenile crew, following their inept, comic preening for the media, was a hunger-strike in Bhopal and the decision to contest elections in Gujarat. The goal of AAP is now blindingly obvious. The intention is to split the anti-Congress vote to prevent Modi and the BJP winning enough seats in 2014 to form a viable government. The other alternative outcome would be to reduce their number sufficiently to facilitate the barely-concealed claim of his implacable opponents inside the BJP to propose an alternative candidate for prime minister, ostensibly to help form a governing coalition. The Indian domestic political support for the AAP intervention is from the counterparts of the so-called young and liberal in Cairo’s Tahir Square. They are really all a product of India’s manipulative and manipulated English language media, much of it in hock to banks and foreign conglomerate owners.

How the AAP originated and their personal international ties are indeed a matter of interest, but not the only issue. The Magasaysay award is a known instrument for affording recognition to Asians sensitive to the US portrayal of the world. Volunteering to work for Mother Teresa is also an agreeable item on a CV, indicating desirable political impulses to Western governments.  At the very least, the US has intervened in a dynamically unstable Indian polity to affect outcomes. Funding a useful political or voluntary local entity through an Indian business house is standard practice for foreign countries. They reimburse the business house by engaging with it in an unrelated profitable transaction. The Saudis regularly employ such business deals in India on behalf of Pakistan and the US does so as well in scores of countries. It offers complete anonymity and its legality hard to question.

The final solution to a difficult and high stakes political standoff will be to assassinate Narendra Modi. The attempt already made in Patna is almost certain to have had foreign participation and the background to it presents a truly shocking picture of high level local complicity. Attempts to assassinate Modi are likely to occur again. Determined efforts continue to incite Islamic radicals to make such an attempt, by funding endless court proceedings to ensure the accusations over the 2002 Gujarat riots remain alive.

The logistical backup for any plan to murder Narendra Modi will likely originate in Pakistan, already rejoicing at the colossal damage to Indian intelligence the UPA attempt to curb him has inflicted. It is also extremely suspect that invitations to Narendra Modi to visit came from three close US allies, two of them with little compelling reason for extending them. The US itself persists in using the issue of his visa to cause him whatever negative publicity possible. Quite clearly, assassinating him abroad might have been considered more logistically feasible and less damaging politically than in India. The intention is to end the career of the most popular Indian politician since independence and one that threatens to assert it.