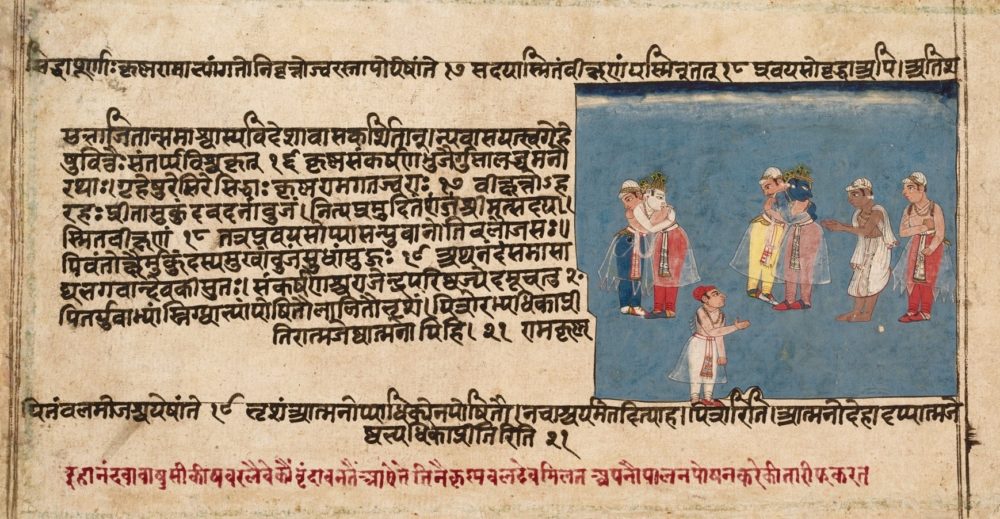 Why do Hindus have so many Scriptures?

Most religions have one holy book. The Sikhs have the Adi Granth, Christians have the Bible (which is a collection of 66 books plus a few more in the Catholic version), Muslims have the Koran and Jews have the Torah. But Hindus, Buddhists and Jains seem to have an abundance of scriptures – literally hundreds of them. Why don’t Hindus have just one Holy Book?

Story: Rishi Bharadvaja realizes that there is no end to studying Scriptures

A beautiful story in the Yajurveda (Taittiriya Brahmana 3.10.11) narrates the infinite extent of the Vedas themselves. Some Rishis in the Hindu tradition are said to have lived a very long life. One of them was Rishi Bharadvaja. A beautiful story is narrated on his love for the study of the Vedas. He spent his extra-ordinary long life of 300 years studying the Vedas. Pleased with his devotion to the scriptures, Indra appeared before the Rishi and asked: “If I were to increase your life by another 300 years, what would you want to do?”

The Rishi replied, “I would spend the next 100 years again in studying the Vedas.”

Indra then created three mountains of sand in front of the Rishi, and said, “These three mountains represent Rik, Yajus and Samans, the three types of Vedic mantras. And from each mountain, your study is but a fistful of sand because endless are the Vedas (anantā vai vedāh).”

Rishi Bharadvaja was amazed, and asked Indra to show him the true path. Indra recommended him to worship the Divine in the form of the Sun through a special religious ceremony. He said that worshipping Bhagavān was equivalent in merit to mastering the three mountains of sand worth Vedic knowledge.

Rishi Bharadvaja followed Indra’s advice, and attained Moksha. He realized that there is no end to studying the scriptures. At a certain point, we should focus more on applying their teachings.

There are many answers to the question why we Hindus have thousands of scriptures:

Can we Read all these Scriptures? Choosing One Scripture for Studying

Having multiple scriptures can sometimes make the task of reading them daunting for most Hindus. Therefore, there are some scriptures that are believed to contain the main teachings of all the other scriptures. E.g., the Gita is said to be the essence of teachings of spiritual scriptures such as the Upanishads. It is recommended that if one can read only one Hindu scripture, then let it be the Bhagavad Gita. Or Ramayana. Or Bhāgavata Purāṇa. Intellectual minded Hindus also like to read the Upanishads today.

In the chart below, the scriptures that are commonly read by ordinary Hindus are shown in the red font.