Tarek Fatah: The Quintessential Indian and His Importance to India 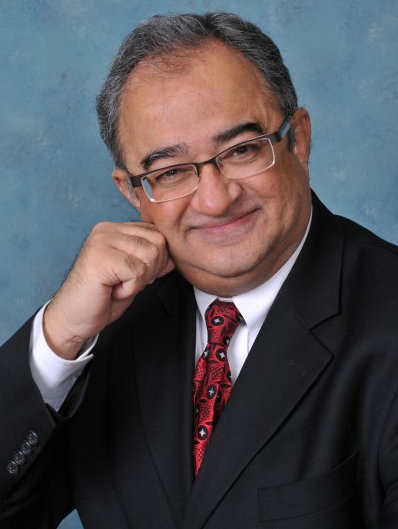 When I first heard Tarek Fatah, it was purely by chance. I was browsing around looking for some material on ISIS when I just chanced by a video which happened to be on Pakistan.

Many things that had baffled people regarding Pakistan’s strange behaviour suddenly began to demystify. It also helped that this came in the wake of two scholarly accounts about the Pakistani mindset. One on the Pakistan military by Christine Fair and another on the general attitude of Pakistan and the impact of two nation theory on its psyche by Hussain Haqqani.

While the two books had analysed the strange and seemingly medieval behaviour of our neighbour in a modern idiom, Tarek Fatah seemed to address it in terms one had heard in one’s immediate environment, in a language which one had used as a child. It struck a chord with Indians.

Till that point the term ‘Islamic State’ had appeared to most Indians as an abstract idea of some foolhardy religious zealots who had strayed from the path of reason.

As a matter of fact, the Islamic State’s description as “neither Islamic, nor a State” was entirely reasonable to most people who had never been exposed to the core doctrines of Islam.

I had once read a piece by an Iraqi moderate cleric who had made a forceful argument about ISIS being totally Islamic and the American attempt to wed democracy with Islam in Iraq being totally foreign to Sharia.

As a matter of fact, most people do not have a full understanding of what Sharia even means. They only have a faint idea of the political nature of the ancient Shia-Sunni dispute, but not much beyond that.

This is the nature of history that we read in our text books which teach nothing about the ideology which brought forth the Islamic invaders from the western borders of India.

I had history as an optional in the Civil Services Exam. We were told at that time that in order to get good marks, it was important to have Romila Thapar, Satish Chandra and Irfan Habib as the reference points to our history. As naïve students in the quest of good marks, all history students used to make it dè rigeur to do just that. I too, did that and it is that reference point of our history that has stayed with me, so one can only imagine what the level of learning most ordinary people would have in India about our history.

It is only after the Islamic State came along that Indians developed a real curiosity to delve deeper into their thought process. It is also true that the Civil Servants like me presently sitting at the top of the pyramid have all been exposed to that selfsame ecosystem in which Mainstream and Seminar were compulsory readings to get through the General Studies paper, and the JNU style of writing answers gave one a higher probability of scoring high in our papers.

In this sanitised version of our own history, we never learnt about the ideology of jihad. Irfan Habib instead told us that Aurangzeb’s act of destroying temples was nothing unusual. It was just a highhanded way of most monarchs, and not an evidence of bigotry.

Nobody told us about Sitaram Goel, and even RC Majumdar and Jadunath Sarkar were not relevant as the socialistic point of view of writing history was the norm back then. In this sanitised version of India’s history, there was little room for knowing the deeper recesses of jihadist ideology taught by Sharia.

There was no mention of Shah Waliullah or Sarmad, nor was there any mention of what actuated the savage behaviour of Aurangzeb. Guru Tegh Bahadur’s execution was explained away as an act of expansionism.

Yet, when one discussed these events among the people in villages, their impressions were totally at variance with this version of history. This is the version of history that most people sitting in decision making capacities have imbibed. Myself included.

And then one fine day, Tarek Fatah happened. Yes, he just happened. Being active on Twitter, I came across a retweet which had a video of Tarek Fatah in which he explained Pakistan like no one had before.

The two nation theory, which one had read during one’s growing up years, was explained in such a lucid manner that one had to go back to check the books from one had learnt it three decades back.

I had always thought of Allama Iqbal as a great man. Tarek Fatah brought in new light. The way he explained Mohammed Ali Jinnah, no one had done before. So it was a whole new vista.

Shortly afterwards, Tarek Fatah visited India, where his book “Chasing a Mirage – The Tragic Illusion of An Islamic State’ was launched, and he went about his then seemingly crazy idea of renaming Aurangzeb Road as Dara Shikoh Road.

Besides, he did many things which Indians had fought shy of doing for the fear of being dubbed as politically incorrect. He mocked the Indian Communists, praised Indian civilisation as his own. He showed a mirror to the excesses of ideology which, in his opinion, had rendered Pakistan an unworkable nation.

Tarek has his own inimitable imagery which may surprise many as his basic ideology is that of Leftism. This gives him a perspective of Islam and Pakistan which is markedly different from most intellectuals specialising in Pakistan.

His views on the essential unity of Indian civilisation irrespective of religion have a very strong people-centric flavour. Pakistan to him is an artificial construct. Sharia to him is a fake law created by those who appropriated Mohammad’s legacy.

He brings out the dichotomy of Islam in the two books he has authored on Islam, “Tragic Illusion of an Islamic State”, and “The Jew is Not My Enemy”. He is now working on a third book “The Hindu is Not My Enemy.”

The purpose of this article is not to chronicle Tarek Fatah. You can see most of his books, articles speeches and interviews on his website tarekfatah.com and on his twitter handle @tarekfatah.

What he has done is that he has fired the imagination of India and Indians in a manner no one has done before. He has brought an intellectual heft to ideas that most had an inkling of but did not know how to articulate clearly.

Many others like IndiaFacts columnist Tufail Ahmad and myself were encouraged by his example to speak clearly about jihadism, sharia, ideology of Pakistan, ISIS, hypocrisy of Islamists in the West, and  a host of other related issues.

Fatah also brought in a new vigour in support of bravehearts like Taslima Nasreen who had almost been consigned to the back recesses of memory by the Indian intelligentsia.

It was in his gathering that one got to hear Arif Mohammed Khan once again. Tarekh Fatah created a constituency within India who found their doubts clarified and thousands who found in him an echo of their thoughts. He spoke of the reasons which actuate Pakistan establishment and its role in propping up the global terror infrastructure.

People also found a person who spoke of the atrocities of Pakistani establishment on Balochis and Bengalis, and who openly called for the dismemberment of Pakistan. He also minced no words when berating Indians for what he terms as racism of skin colour.

It’s helpful to recount some of his ideas which are highly liked by Indians. In fact, he wrote in the preface to his seminal work “Chasing a Mirage” that he was recounting those portions of Islam which remain hidden from Muslims.

Indian Muslims have little idea of the Arabian ancestry to which their clerics bind them as 99% of them are converts from Hindus. Of the others in India, I am sure they have absolutely no idea in spite of having suffered the trauma of the partition.

The real causes of the partition which lay in the ideology of jihad and ummah propagated by Allama Iqbal were sanitised from the history taught to us in the post independence period.

In no particular, here are the highlights of Tarek Fatah’s ideas which have captured a broad audience.

One can go on and on. The important observation is that Tarek Fatah has ignited a debate over topics which were hitherto hush-hush in India.

For the first time, we find anchors hosting shows on sensitive topics like Sharia Law and Indian Muslim women with people like Tarek Fatah and Tufail Ahmad finding a place in a media space reserved for fundamentalists like Kamal Faruqi and sundry clerics, and sometimes spiced up by crypto-moderates like Shahid Siddiqui.

It’s only over last one year or so that voices have started criticising regressive practices of Islam, something that was considered taboo.  It is only now that scholarly works of Koenrad Elst, Sitaram Goel and many forgotten sentries of Indian nationalism have started coming to the fore. Some of it can be ascribed to the rightist revival, but the biggest catalyst to this effort has been Tarek Fatah.
Hats Off!

The author is Principal Secretary, Ayush, Govt of Rajasthan.