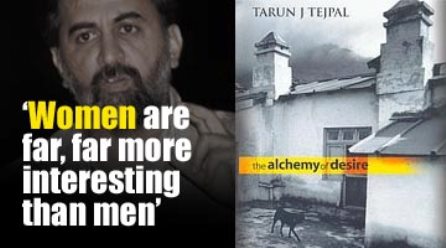 The Argentine team of the 1990 Soccer World Cup was a great example of a consortium of the young and the old fighting together for glory on the soccer pitches. Led by the snazzy Maradona, the team went on to be the runners-up whence nobody even accorded the ritualistic privilege of qualifying beyond group stage, even by the sheer virtue of having the formidable Maradona within their ranks. To add to their worries, the first choice goalkeeper Pampido injured himself against the Russians in a group game. It was Sergio Goycochea, who was brought in the Penalty Shoot-Out against the Yugoslavs in the Quarter-Finals. Sergio took the team to the pinnacle through his performance under the bar in the Penalty Shoot-Out and gave entire Italy and another model, Roberto Baggio. Nobody was sure to net the ball when Sergio was guarding the nets.

The Highlight of the 1990 World Cup was the Argentine Team, which lived by penalties and died by it in the finals.

Something similar is happening in the Indian Media Establishment. Those who started to trap their targets through illicit pleasure offerings are now falling off the cliff due to misdemeanours, and are facing rape charges. Those who made a living through carnal pleasures are now being put to the gallows of obscurity by the same.

Right from the downright blackmailing of a Chief Minister to allow hosting a media event in Goa to selectively publishing stories in lieu of a consideration, the Indian secular media has actually come of age albeit in an obscene manner. In this case of course, we’re talking about Tehelka in the wake of sordid allegations cast against its founder-editor Tarun Tejpal who was accused of sexual assault by a female staff, a girl old enough to be his daughter.

In fact, the grime and dirt of the Secularatti, which forms the basic crust of the Manhattan Dreams of media persons, are an old story which has been on the Internet for long. However, in the absence of social media enjoying the same patronage from the Government quarters—indeed, a sizeable chunk of these Manhattan Dream chasers have been complicit in urging the Government to clamp down on social media, a threat to the Right to Opinion—it has been relegated largely to a Twitter discourse.

In such circumstances, the entire episode may be swept under the carpet as was in the case of Sayema Sahar despite the National Commission for Women playing up the act of omission.

There have been some limited efforts to unveil the truth from a journalist working with the cohort channel of the UPA. However, despite the common knowledge of the media being the fourth estate of a democracy, the pillar didn’t support the structure and merely made distant noises: naming and shaming them was not a policy with some if not most of the media houses.

Irrespective of the earlier faux pas, can this nation afford to make do with a terse statement suggesting “…there was an incident which has been dealt with internally. An unconditional apology was extended by Tarun. The journalist concerned was satisfied with the action taken. Tarun voluntarily recusing himself as editor is in keeping with the standards we have espoused as an institution and want to live by?”

Will the Constitution of India be subservient to this institution which the editor refers to? Can the legalities be thrown out of the window allowing the delinquent to gloss through his own books in holiday destinations? Is it to be construed that stepping aside for six months is a decent not to mention legitimate answer in a prima facie sexual assault charge?

Will the National Commission for Women and the legal framework of this nation wait for someone to take a pen and paper and write an official complaint before making an attempt to clear the muck? Can this be treated as a closed chapter before it opens up? Is there a case for our agencies to look into better methods to ensure there is a sexual offences committee set up ab initio and not at a later stage, which seems to be the case with Tehelka?

How long will the law of the land stretch the dictums of privacy, which has already gotten many an errant high and the mighty off the hook? Can an ‘incident’ (sic) of molestation and/or rape just be treated as a private matter?

Given what has happened, and the kind of allegations that abound about Tehelka, it is an obvious indication that there is something really fishy at Tehelka, and the non-filing of a complaint may be result of pressure or negotiation.

Whatever may be the outcome of the case in the legal domain, few things have been established beyond reasonable doubt throughout the murky history of Tehelka: it is akin to a strong rejoinder to a universal phenomenon which has been in force across time and space. Those who live by the sword, die by it. Tehelka rose to its present stature of proximity to power and wealth, and mastered the “journalism” of conduit by becoming the designer of adversities, which it introduced in a positive public discourse. It accomplished this perverse feat by baiting human carnal instincts, and as we now see, it is nearing its own death as a consequence.

The Argentine 1990 World Cup Team lived through penalties and died by them in the finals. God or whatever other higher force is pretty regular with the application of the Newton’s Third Law.