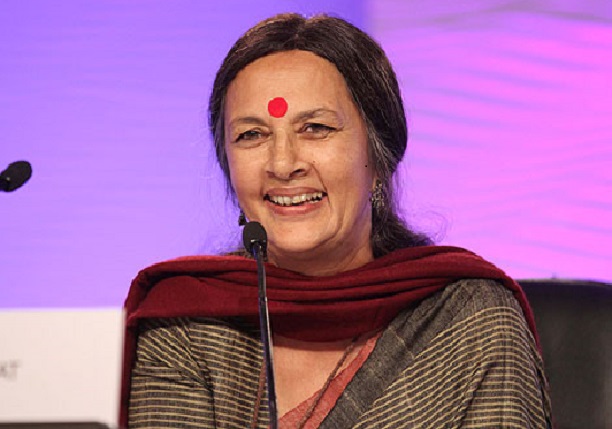 1) Every time you come across an article, blog post or anything that has the word ‘Hindu’ in it, describe the post as ‘vile and disgusting’, regardless of the actual context. Express your hatred for Hinduism constantly and diligently, in ways that can be subtle or obvious depending upon the context. However, do not forget to mention in the same breath that you ‘respect’ Hindus.

2) Always ask, ‘But but but, what about 2002?’ in any TV panel discussion, even if the topic of discussion is about the sexual life of the Gorillas of upper Congo. Remember the golden rule. All communal riots are equal, but 2002 riots are more equal than others.

3) Write a blog about Modi. Make liberal use of words like ‘vile monster’, ‘butcher’, ‘autocrat,’ ‘Nazi,’ ‘Hiter,’  ‘kristalnacht’ and ‘1933’.  Attend anti-Modi seminars at the India International Centre and talk passionately about ‘malnutrition in Gujarat’ over a laden plate of canapés and glasses of free champagne.

4) Occasionally, throw a scrap of carefully constructed praise at the ’ tolerant spirit of secular Hindus’ and pander to their egos. This is very essential if you want to present yourself as a ‘liberal humanist’.

5) Learn to do nimble spiritual somersaults depending upon the context. Sometimes, you might refer to yourself as an agnostic, at other times, you can call yourself an atheist, but always mention that you are ‘spiritual, not religious’ – whatever that means!

6) Always shout from the rooftops that you are free from all caste prejudices, but never omit to mention the C word when needed. Carefully used, it can be an invaluable tool in a debate. It is a wonderful divisive technique that can be used again and again to drive a wedge among the Hindus.

7) Make selective, controversial postings about army atrocities in Kashmir and weep buckets over the ‘oppressed Kashmiri youth’. But remember, make NO mention of how the Kashmiri Pandits were forced at gunpoint to leave their homes in the valley. Ever! Do NOT ever mention the fact that the ONLY documented case of ethnic cleansing in India has been the forced exit of the Kashmiri Pandits from the valley.

8) When all else fails, throw the term ‘ fascist communal Sanghi Intolerant Bigoted RSS supporter’ at your opponent’s face. You need not worry about the veracity of the charge. If you throw the term enough times at someone, chances are, it will stick. It is the Goebbels principle.

9) Invest in a suitable wardrobe. If you are a man, crumpled Fabindia Kurtas are a must. A french beard is very helpful. It establishes your ‘intellectual’ credentials automatically, even if your IQ can barely crawl to double digits. If you are a woman, you need to wear handloom saris in earthy tones with mismatched granny blouses. Also, wear a bindi the size of a soup bowl and drown your eyes in copious amount of kohl. It helps if your hair is liberally streaked with grey.

10) When you find yourself unable to argue logically, and eventually, you WILL come to that point in almost every argument, announce loftily that you cannot talk with ‘rabid Internet Hindus’ because your ‘fragile liberal humanist’ soul is unable to deal with the pain of their ‘communal comments’.