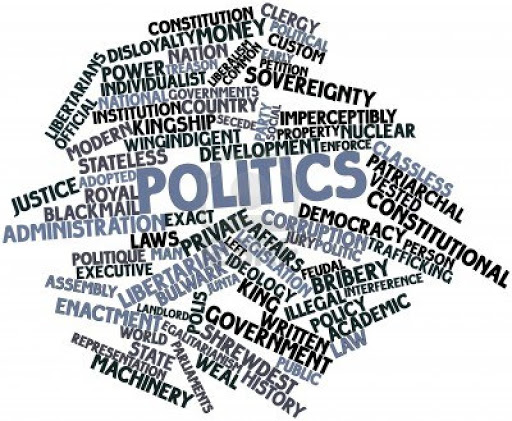 Note: This is the second installment of the Chronicles. The author will do his best to keep the readers of this portal informed of all major developments every fortnight. Stay glued to your computer screen.

The key members of the former ruling family of Lotusland (a.k.a Sharat or Sharatdesh in the venerable Samskritam language, or Republic of Indusind or Indusind in English) were in an almighty tizzy. It is only very rarely in the annals of history that exquisite jubilation and happiness for a group of exalted persons gets transformed so suddenly and so brutally into utter sadness and agony. Therein lies a tale or saga, a word more appropriate if your tastes are somewhat classical and elevated, as the erstwhile royals of Sharat had always categorised themselves.

This chronicler, perforce, will have to take his readers back in time so that the entire episode can be viewed correctly and in the proper perspective. From about the late 1970s, the world got hit by a most pestilential disease, AIDS, or Acute Intelligence Deficiency Syndrome, in its full form. The symptoms of the dreaded malady were quite simple. The affected persons suddenly started manifesting complete idiocy or a total lack of common or basic intelligence.

While appearing to be outwardly normal, persons infected with AIDS would speak and write utter gibberish and nonsense. And they would do so with supreme confidence in their demeanour and conduct. This led their audience and contacts to believe that they, the persons sprouting trash, were actually scholars, scientists, thinkers and philosophers of the most elevated category. The dreaded disease originated in Umreeka, or Uncle Sam’s Land (USL or US in abbreviation).

Some white people from the US were said to have been infected when they went to Ufreeka, which they smugly called “the dark continent”,  where they acquired this ailment from a tribe in Tongo. When they went back to the US, many of these intellectuals and scholars spread the infection in the country’s top university campuses and faculties. Some leading business persons in the corporate world, centred around the Big Apple or Noo Ark in its official form, and the artistes in the cinema world in Dollywood were also caught in the deadly web.

In Lotusland, too, the epidemic was widespread. The nation’s citizens were given a daily dose of the barrage and this led to widespread social and political problems. For the entire period from the late 1970s to the early 1990s, the country was led by members of the Mehroo family. Initially, it was Empress India whose word was law and the gospel rolled into one. She was so powerful that no one dared to suggest even remotely that she may have been suffering from AIDS, although most of her actions indicated a severe intelligence deficiency.

After the Empress was tragically assassinated, her son Raja was hurriedly catapulted to the position of Prime Minister by the sycophants in the ruling Digress Party, also known popularly as the Grand Old Party (GOP). The basic problem with Raja was that he loved being in the blue yonder flying an aircraft, and politics was not his forte. However, the new Empress Ponya (a.k.a Pantonia) Naino, who actually ran a remote-control operation, was already consolidating her iron grip over her adopted country. Ponya had roots that could be traced back to the European region of Picily and her entire DNA was perfectly in tune with the machinations of power and control.

This was the period when the inner council of the Digress Party completely internalised the modus operandi of AIDS. They were so skillful and adept in their craft that the majority of the population of Sharat got converted to the ideology propagated by the Digress Party. This was the prototype victory of the Big Lie concept that had been advocated by good old Dr. Johann Koebbels of the Mazi Party in Hermany that was ideologically so close to Ponya’s homeland.

From the late 1980s, the people of Sharat had forgotten about AIDS and its origins. As happens with many diseases, they had internalised the ailment and interpreted AIDS-like behaviour as the norm. To be fair to the Sharatiyas, they were in the good company of the international community who had also forgotten about AIDS, its origins and its manifestations.

The Digress Party continued to rule Lotusland seamlessly for nearly a decade and a half until a sea-change in 2014 brought into power a new political force, the Sharatiya Janata Party (SJP). The vast electorate of Sharat, although very poor and not highly educated, had finally seen through the machinations of the Digress Party and its Ruling Family. In a landslide victory, the SJP, its charismatic leader Barendra Rodi (BR / BaRo) and his loyal number two, Pramit Wash (PW / a.k.a. Mota Seth), became the new leaders of the country.

The Ruling Family was in acute distress; without political power, they were a drifting boat in the ocean. The only thing that kept them afloat was their war chest, comprising humongous financial and capital accumulated over seven decades of loot, plunder, brigandage and pilfering.

Empress Ponya was now in distress. Her son, Praoul, who was also referred to rather unkindly by the desi press as “always on the prowl” (AOTP), was clearly not cast in the mould of a great leader. Her daughter, Bianka, and son-in-law Herbert Dadra were even more disappointing. Her consolation was that she had some venerable and faithful family retainers from old times who had maintained their loyalties to her. Most of these members of her inner council were referred to as the “Cousins Zone” coterie because they all stayed in that part of the national capital, New Tilli, where relatives or close friends of the power elite stayed.

When things were looking very bleak for the former ruling family, word came from sources in an eminent research institute in the Northern European continent that scientists in one of the countries in that region, Tweden, had identified her family and its close associates in New Tilli / Tilli as unique repositories of an extremely rare human trait that had disappeared from the rest of the world. The Kungl Vetenskapsakakademien, the Royal Academy of Tweden, had issued a communique to this effect and the international community was also very excited about this development.

The formidable PR and media machinery of the GOP and the Family swung into action. The flunkies and the minions in TV and in the print publications went into overdrive, led by the ever-faithful NTTV and the Sharat Today groups. The Empress herself did not participate in the PR orgy, leaving it to the next generation and the old faithful. For a few weeks, the whole population of the old country was subjected to a media blitzkrieg, the likes of which had not been witnessed earlier. Even the SJP senior brass was jolted. One channel even forecasted a possible Bauble Prize for Ponya Naino, since the Bauble Academy was also located in Tweden.

The big day soon arrived. Herr Director Professor Gustav Magnusson and his deputy, Herr Biträdande Director Professor Andreas Larsson, the two top officials of the Royal Academy of Tweden, convened an international press and media conference in the Twedish capital. The entire world press was present and the estimated coverage was nearly 1100 million viewers, out of whom 400 million would be from old Lotusland itself.

In New Tilli, the Royal family and its acolytes had gathered in the grand residence of Ponya in the heart of the Cousins Zone. Everyone hoped that this building would be classified as a Palace in the near future after the evening’s events played out. The two Twedish scientific academics soon revealed their findings and the world came crumbling down for the desi Royals. What emerged from the crisp presentation of the two Nordics was that the AIDS virus that had disappeared from the rest of the world was now traced to the Naino family and its immediate flunkeys. The virus had somehow been contained so far among these few persons but was now threatening to contaminate the rest of the world.

It had been spreading slowly and relentlessly whenever anyone in the Royal family spoke. It affected the listener’s brain, mind, thought process and vocabulary. For many decades, the affliction had been restricted to the immediate circle of the Nainos. However, it was now threatening to infect the outside world.

The Twedish professors also revealed that urgent and complete isolation of these AIDS carriers was absolutely essential if AIDS were to be controlled. Accordingly, they recommended to the Sharat Government that one of the C-17 Globemasters of the Indusind Air Force should be readied immediately to take the entire contingent of affected persons (carefully identified to be around 80 persons) to an isolated base in Antarctica. The entire group would have to be quarantined for an indefinite period. That was the only remedy available to the international community.

The magnums of champagne that had been kept on ice in the royal residence in anticipation of the celebrations were immediately consigned to the flames on the orders of Ponya.

NOTE: This is fiction. Therefore, It may not be possible to correlate the scenario described above with real-life situations.

The Bhattacharjee Chronicles – I: How to Take Over a Country and Reformat its Civilisation