The Communal Violence Bill is not community specific: Rahman Khan 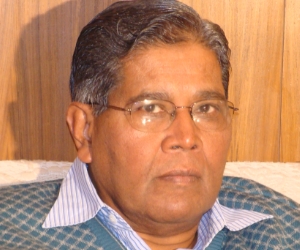 Assertion: Minority Affairs Minister Mr. Rahman Khan, while speaking on the controversial Communal Violence Bill, told reporters that the Bill is not specific to any community:

I do not see why it should be opposed by any party. It is not any community specific. Any communal violence should be curbed and there should a law for that

Mr. Khan is also pressing his government to pass the bill in the winter session of the Parliament.

The basic premise of the bill stands on the reasoning that in all incidents of communal violence, it is the minority community that is always the victim of the violence. A bare reading of the very first paragraph of the explanatory note in the draft bill is revealing.

“The Prevention of Communal and Targeted Violence (Access to Justice and Reparations) Bill, 2011 is intended to enhance State accountability and correct discriminatory exercise of State powers in the context of identity-based violence, and to thus restore equal access to the law for Scheduled Castes, Scheduled Tribes, and religious and linguistic minorities. That such acts of violence occur repeatedly is a tragedy for a modern democracy. However, when they do, then it is the Constitutional right of every citizen, no matter how numerically weak or disadvantaged, to expect equal protection from an impartial and just State. Evidence from state records and several of Commissions of Enquiry has confirmed

institutional bias and prejudicial functioning of the State administration, law enforcement and criminal justice machinery when a non- dominant group in the unit of a State, based either on language or religion, or a member of a Scheduled Caste or Scheduled Tribe, is attacked because of their identity in the unit of that State. This prevents such non-dominant groups from getting full and fair protection of the laws of the land or equal access to justice.”

The bill presupposes the following:

a) there is a non-dominant group in every State in the form of religious and linguistic minority which is always a victim of communal violence;

b) the dominant majority in the State is always the perpetrator of violence; and

c) the State administration is, as a rule, biased against the non-dominant group.

These dangerous presuppositions lead to some practical difficulties and constitutional challenges.  For example, the Bill is applied on a State level data. Suppose a particular religious group is a ‘non-dominant’ one across the State but is dominant in several districts within the State, how will the Bill be applied?

Similarly in a situation of violence between say, the SC & ST communities and religious minorities like Muslims and Christians, as is often the case, which act will apply? Is it the SC & ST Atrocities Act or the Communal Violence Bill?

In addition, this premise also poses a serious constitutional challenge. Consider a situation of communal violence where the dominant community (read majority ) is the victim. What law will the perpetrators of the communal violence, belonging to the non-dominant (read minority) community be tried under? The Indian Penal Code? To say that in a given occurrence of violence, if the dominant group is the victim then the IPC sections would apply whereas if a non-dominant group is the victim then the new Act will be applied. This is patently unconstitutional as it violates Article 14 of the Constitution which promises equality before the law and equal treatment of laws.

Further, like most of our laws, this Act too will apply to whole of the country except the State of Jammu and Kashmir. What is interesting to note is that J&K is one of the two major states in India that has Hindus as a Minority – the ‘non-dominant group’ according to this Bill. Punjab is the other State where the Sikhs constitute the dominant group. In the rest of the country it is the Hindus who constitute the ‘dominant group’ and by implication, the perpetrators of communal violence, according to this Bill.

The mischief lies in the ‘Definitions’ portion of the Bill. For one, these definitions are too widely framed thus giving ample room for misuse. For example, the most important definition of ‘Communal and Targeted Violence’, under Art (3) of the Bill is as under:

“Communal and targeted violence” means and includes any act or series of acts, whether spontaneous or planned, resulting in injury or harm to the person and or property, knowingly directed against any person by virtue of his or her membership of any group.”

All the trouble is centered round the word ‘Group’. At this point, this Bill contradicts itself. The Bill that is purported to bring communal harmony sees victims of communal clashes not as individuals but as members belonging to a communal group. Art 3 (E) defines what constitutes a ‘Group’.

“Group” means a religious or linguistic minority, in any State in the Union of India, or Scheduled Castes and Scheduled Tribes within the meaning of clauses (24) and (25) of Article 366 of the Constitution of India;

So, for a person to be considered a victim of communal violence under the Bill, he/she has to compulsorily fall into the ‘Groups’ stipulated by the Bill.  Clause (k) defines who is a ‘victim.’

“victim” means any person belonging to a group as defined under this Act, who has suffered physical, mental, psychological or monetary harm or harm to his or her property as a result of the commission of any offence under this Act, and includes his or her relatives, legal guardian and legal heirs, wherever appropriate;

‘Victim’ can only belong to a ‘group’ as defined by this Act. The group as defined under this Act is the Minority or the ‘non-dominant group’. That means the Act will consider only the Minority as the victims.

We need laws that can prevent communal violence irrespective of whoever perpetrates it. We need laws that see perpetrators and victims of communal violence as individuals and not as members belonging to a community. To make a law on a presupposition that one community is always the perpetrator and another is always a victim violates the fundamental principles of equity and justice.

A bare perusal of the draft Bill makes it unambiguous that the Bill is definitely ‘community specific’ and most provisions of the Bill are patently illegal and outright unconstitutional.