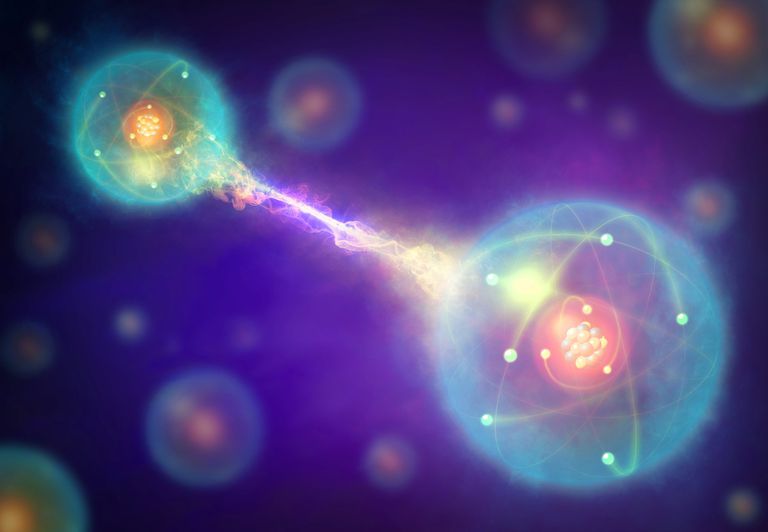 Studying classical Indian philosophy poses multiple challenges.  One of them is the shift in the meaning of terms at different times, and another is the application of the same term with a different intent in different schools of philosophy.  It is not easy to recover the meaning of each and every term used in all different contexts to resolve this crisis.  In the midst of applications, what is meant becomes blurred. Textual interpretation becomes impossible, if it is argued that terms have the potency to denote every possible meaning.  Understanding a text, therefore, is a negotiation among potential meanings.   One can see this fluidity particularly vibrant in the case of the technical terms having different meanings when they are applied in different philosophical contexts.  The term and the concept for discussion in this essay is ābhā-sa.  I offer ‘appearance’ as a provisional translation for this term, although this study will reveal that this term is applied in various and often contrasting philosophical contexts.

The term ābhāsa appears in Madhyamaka and Yogācāra Buddhism, the Advaita of Śaṅkara, Trika Śaiva philosophy, and in the text, the Mokṣopāyaśāstra (MUŚ) or its redaction, the Yogavāsiṣṭha (YV).[1]   The centrality of this term in discussion on Indian philosophy becomes even more crucial with two of the aforementioned schools, Trika Śaivism and the Advaita of Śaṅkara, having a specific doctrine based on the formulation of this term: ābhāsa (Ābhāsavāda).  Within Śaṅkara’s school of Advaita, the stream of the philosophy identified with Ābhāsa is attributed to Sureśvara, the disciple of Śaṅkara.  Somānanda and Utpala are credited for the monistic Ābhāsa doctrine of Śaivism.

The objective of this essay is not to compare all these schools of philosophy. However, one point is crucial to initiate this conversation. The Buddhist models of both Madhyamaka and Yogācāra utilize the term ābhāsa, explicitly saying that duality is non-existent and compared with illusion, mirage, or perceptual error.  Trika Śaivism defends its monistic stance by propounding that duality is the play of consciousness or an expansion of the intrinsic powers of the singular reality.  Advaita Vedānta defends its non-dualism by rejecting duality while confirming the substrate of the perception of duality as the Brahman.   Both the Buddhist and Upaniṣadic philosophical schools utilize examples like dream, the snake perceived in rope, mirage, perception of a bundle of hair in front of the eyes, a shell perceived as silver, and so on.  They interpret it either with the confirmation of the substrate through negation or with an application of the negative terms in order to simply negate.  The application of ābhāsa found in all these contexts cannot be reduced to a single meaning.   A broader historical context becomes one of the most essential parts of the hermeneutic exercise for unraveling the hidden sense of language.

Deriving meaning applicable to one specific school of philosophy is not as complicated as understanding texts that have gone through multiple redactions and multiple shifts of the paradigm itself.  The context here is of MUŚ/YV.  These almost-identical texts come with two different titles, the Mokṣopāyaśāstra and the Yogavāsiṣṭha; it has been edited and rewritten to include Laghuyogavāsiṣṭha and other versions of concise rewriting of the text.  This is an epic with profoundly aesthetic compositions as well as a philosophical text. During the period of its composition, the text embodied most of the monistic and non-dualistic ideas and texts available at that time, including the Upaniṣadic literature, the epic compositions of Kālidāsa, linguistic philosophical treatises such as Vākyapadīya, the Buddhist Madhyamaka or Yogācāra literature, and texts of the school of Trika Śaivism.  Reducing meaning to one single nuance for a word that is an anthology of broadly ranging concepts in its own historical context is therefore inappropriate.  This being the case, the best approach is to discern the variations, analyze them separately, find the supporting philosophy for deriving such meaning, and endeavor to find an overarching philosophy if the text so provides.  Without reducing various meanings to one sense, this approach allows the author/authors to define meaning within the boundry of specific understanding without a superimposition of inapplicable meaning.

The Scholastic Advaita Concept of Ābhāsa

The Advaita of Śaṅkara predates both Trika Śaiva doctrine and MUŚ/YV.  Although there are unmistakable imprints of Buddhist texts in the application of ābhāsa in the Advaita of Śaṅkara, the meaning shaped in this school plays a vital role in determining its application in subsequent Hindu literature.  Before identifying the instances of ābhāsa found in MUŚ/YV, it is therefore essential to introduce key concepts found in the Ābhāsa school of Advaita Vedānta to the discourse.  Select applications in the school of Śaṅkara that are crucial to the current discussion on ābhāsa are:

Many of these applications, including that of the fluid interchangeability between pratibimba and ābhāsa, predate the Advaita literature of Śaṅkara and predominantly follow the applications found in the Yogācāra literature.  It is therefore contextual to analyze select applications of the term ābhāsa found in Buddhist literature.

The application of ābhāsa in Buddhist literature ranges from that found in the Madhyamaka texts to the Yogācāra literature.  While ‘emptiness’ (śūnyatā) remains at the core of both doctrines, Madhyamaka emphasizes the negation of phenomena by application of the term ābhāsa in order to confirm śūnyatā.  In the case of Yogācāra, ābhāsa is applied in order to establish that external entities are merely the pariṇāma of vijñāna.  For the Yogācāra understanding of the term, Schmithausen explains it as: “. . . corporeal matter and the external world, as the object of ālayavijñāna . . . mental images in ālayavijñāna.”[10]

The instances found in the Mahāyānasūtrālaṅkāra (MSA) of Asaṅga and the Laṅkāvatārasūtra (LAS) are crucial to an understanding of the early Yogācāra application of ābhāsa.  In MSA, the term can mean something falsely appearing and non-substantial. It frequently appears as dvayābhāsa, or the ābhāsa of the dyad of subject and object.[11]  In the examples found in these texts, ābhāsa is explained as the non-being of the substance for which the term ābhāsa is referring to.[12]  The substrate for the rise of the dyad is the storehouse consciousness and it is caused by avidyā.[13]  The application of the term advayābhāsa in MSA does not confirm the appearance of advaya, but rather, it is applied in order to negate the appearance of the dyad of subject and object (dvayābvhāsa).[14]

In response to what this dvayābhāsa is, MSA explains that it is mind or citta alone that is acknowledged in terms of grāhya (object of cognition) and grāhaka (subject of cognition).  In absence of mind (citta), there is no causal constituent such as passion, and in absence of the causal complex, there is no rise of subject and object.[15]  This is the appearance of passion or aversion, or the appearance of the properties of the other that give rise to the duality of the form of subject and object.[16]  The application of ābhāsa in MSA appears to be synonymous to the term pratibhāsa.[17]

MSA elaborates upon the ontology of ābhāsa, with ābhāsa in the form of subject and object giving rise to their own sets of triads: three categories emerging from the appearance of subject and another three, from the object.  The first triad, the appearance of word (padābhāsa), meaning (arthābhāsa), and body (dehābhāsa) is considered as the triad belonging to the subject of perception (grāhaka).  The next triad, the appearance of mind (manas), fivefold sensation (udgraha), and mental modification (vikalpa), is considered to belong to the object of cognition (grāhya).[18]  This categorization falls under paratantra, or the interdependent character among the three essential natures discussed in Yogācāra literature.[19]

Explicitly, all instances identified in this discussion fit with a general application of the term ābhāsa as false appearance and attributed to ignorance.  Both of these categories are applicable to the scholastic Advaita of Śaṅkara whenever the term ābhāsa has been applied.  This understanding is also consistent with some applications of the term in MUŚ/YV.

It has been previously addressed that the application of the term ābhāsa in Buddhist literature aligns with both the Madhyamaka and Yogācāra positions.   In order to elaborate upon the Yogācāra application of the term ābhāsa, the Laṅkāvatārasūtra (LAS) is crucial.  This text describes ābhāsa in terms of the appearance of external entities, with  ‘false appearance’ describing external entities that stand for confirmation of essential vijñāna nature.  The concept of inside and out, vijñāna and artha, or other dyads, serve the same purpose.  This application does not contradict with that found in the scholastic Advaita of Śaṅkara. In this particular case, Yogācāra terminology has apparently shaped the Upaniṣadic discourse of Advaita.  LAS considers the appearance of entities due to the union of ābhāsa and bīja (LAS 10.495).  Apparently, the seed (bīja) here refers to ignorance (avidyā) and mental imprints (vāsanā), as found in MSA.  The application of ‘the appearance of false entities’ (mithyābhāsa) (LAS 10.147) further confirms the argument that this ābhāsa is false.  In the context of Yogācāra application, this confirmation of falsity leads to the final confirmation of emptiness (śūnyatā), which remains the foundational concept for both Madhyamaka and Yogācāra doctrines.

In agreement with the application of ābhāsa as false appearance, variants of this term are often associated with artha or bhāva, referring to entities outside of the mind.  The appearance of these entities (arthābhāsa) is compared with the improbable rabbit-horn (LAS 10.571), which simply applies to something that does not exist.  It is not the case that something else is being mistaken for the horns of a rabbit.  This example may have been borrowed from the Madhyamaka usage.  The objective of Yogācāra in providing for the illusory nature of entities is not to reject their false appearance. The examples such as shell-silver, or rope-snake demonstrate the illusory nature of the entities that appear, without rejecting their substrate.

In the instances where arthābhāsa is used in LAS, it explicitly refers to something that appears but does not exist (LAS 10.571-573).  The appearance of entities is caused due to not knowing one’s own mind (LAS 10.273).  When the mind is stimulated by impressions, entities appear (bhāvābhāsa, LAS 2.158).[20]  The illustrations applied in these contexts need to be read in light of the overarching philosophy, and in this case, examples such as rabbit-horn confirm the Yogācāra doctrine of mind only (cittamātra).

While the appearance of entities is due to the mind manifesting external entities because of mental impressions, the true nature of mind is devoid of appearance.  This reality is often identified by the term nirābhāsa. This nirābhāsa, devoid of appearance, gives rise to eight-fold cognition (aṣṭadhā vijñāna) (LAS 10.354, 644).[21]  In another depiction, a yogin perceives the great path (Mahāyāna) by abiding in nirābhāsa (LAS 10.235, 257).  It is prajñā or wisdom that leads to attainment of this state of nirābhāsa (LAS 2.180; 10. 285).[22]  In this state of nirābhāsa, the mind is free from objects, and there is no sequence because there are no entities (LAS 10.206-7).  One can achieve this nirābhāsa by surpassing mind-only (cittamātra) (LAS 10.110).  In agreement with the Yogācāra ontology of the eightfold analysis of mind, citta is explained as having seven grounds, with nirābhāsa considered to be the eighth (LAS 4.2).  This enlightened state of mind not only frees a yogin from the exernal entities of appearance, but also from defilements that cause the mind to appear in form of the dyad of subject and object.

[19] For treatment on three characters (svabhāva), see Trisvabhāvanirdeśa of Vasubandhu.