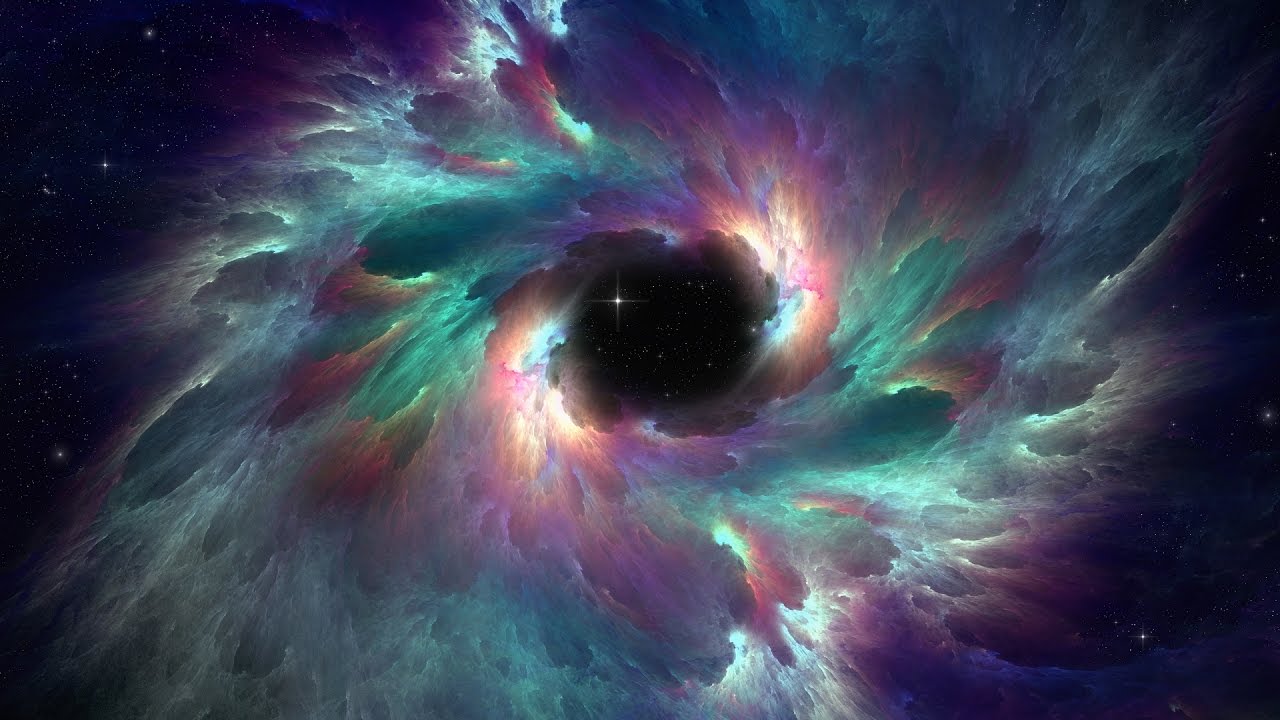 The illusory nature of ābhāsa is consistently found in both Buddhist sources and Advaita literature, where this term refers to a product of ignorance which is caused due to one’s mental impressions.  The main distinction between the Madhyamaka application of ābhāsa and the use of ābhāsa in YV is that in the case of the first, there is no substrate for ābhāsa whereas in the second, there is cid or consciousness that is appearing otherwise.[2]  This brings the meaning of ābhāsa comparatively closer to the Yogācāra application.  However, the difference in overarching philosophy determines the difference in the application of these terms.  The Madhyamaka application of ābhāsa is not identical to its application in the YV in the sense that this term, in the case of the Madhyamaka usage, describes what is non-existent and confirms negation, whereas in the case of YV, even when the term is describing illusory appearance, it is not used in simple negation but rather as confirmation of the substrate.  For instance, the example of mirage in YV confirms the existence of sunlight.[3]  Select examples to establish this argument follow:[4]

The appearance [in the form of] this world is pure [and of the character of] the awareness of consciousness only.  In here, what is singularity or duality?   Abide in the state of enlightenment.  This is all (alam).

For comparative understanding, this essay explores first, the instances of the application of ābhāsa in MUŚ/YV that align with the Buddhist understanding of the term and second, the instances in which the meaning differs. It is expected that congruence in the application of the term and the concept of ābhāsa exists, at least within this text itself. Jurgen Hanneder points out that ‘to appear’ (bhā) is ‘to be perceived erroneously,’ citing a verse from MUŚ which explains that the perception of duality is not rooted on cause, and what appears is not really there.[5]  This rejection of substantiality of appearance tallies with the previous instances which assign appearance to ignorance, because what appears due to ignorance is not present in reality.  Hanneder cites other instances where ā+bhā is explained in terms of false appearance, like a bundle of hair due to eye disease.  He compares these instances with the widely cited first verse from Vasubandhu’s Viṃśikā.[6]  Explicitly, there is a parallel between Yogācāra and Advaita literature where both explain ābhāsa and avabhāsa synonymously.

Illustrated with numerous examples and explained repeatedly, the central concept of āhāsa describes the non-substantial nature of the world that is perceived.  The application of ābhāsa is in order to reject any origination.[7]  Both perceiver (draṣṭṛ) and perceived (dṛśya), following the Ābhāsa terminology, are merely appearing and of the character of error.[8]  Within this setting, both the external entities (bhāsa) and their appearance (vibhāsana) are understood by the terms derived of the verbal root √bhās.[9]  The concept that something fundamentally real exists, with false appearances taken to be reality is a concept that gives rise to the notion of two degrees of truth, as found in both Mahayāna Buddhist literature and scholastic Advaita.  Although this is not the only way the Advaita tradition interprets the phenomenal world while establishing non-dual Brahman, the doctrine of Ābhāsa fundamentally relies on this twofold reality.  To confirm this understanding, MUŚ applies ābhāsa in the sense that it is real in its appearance, and not real otherwise.  This is compared with the reality of bubble in the sense of bubble and not real otherwise.  ‘Body’ is real in the sense of the body and not real in any other sense.[10]

When ābhāsa is applied to reject illusory appearance, it is often used to stress the non-existent (asat) aspect of what appears.  This non-existent nature of illusory appearance comes from the understanding that ignorance (avidyā) is in fact non-existent.  In this understanding, error and ignorance are identical, and non-existing ignorance gives the appearance of something having existence.[11]  Within this setting, ābhāsa rejects the phenomenal being of the world in any mode of time, without rejecting the substrate in which the world appears, consciousness itself.[12]  Following this, the world that is perceived is an error (bhrama) because it is ābhāsamātra, or appearance alone.[13]  This application of ābhāsa rejects origination as such.  That which appears as if existing, following this description, is never originated and there is therefore no cause of origination.[14]  This ābhāsa is compared with dream, and consciousness that is compared to the void is alone the witness of the apparent forms.[15] This identification of the appearance with dream is not intended to reject appearance as such, but rather, this analogy is applied to confirm that appearance is in truth ābhānamātra, of the character only of awareness.[16] Explicitly, the application of dream in this interpretation of Advaita is not to negate entities by confirming their parallel to dream, but rather, it is to affirm their essential nature of awareness-only.

The interpretation of ābhāsa as an appearance of something else (anyathā bhāsa) in another form does not allow for the ontological aspect of that which appears in the state of illusion.  The only meaning that can be established on the basis of this interpretation is the non-existing nature of the falsely appearing entities.  However, there are other instances where the application of ābhāsa coincides with the scholastic Advaita understanding of avidyā as indeterminable of either existing or non-existing.  Following this application, either the reality is confirmed as cinmātra and all that appears is due to ābhāsa and nothing is either real or false,[17] or with an application of ābhāsamātra, all that appears is merely appearance alone.[18]

The MUŚ often describes the rise of the notion of the self in pure consciousness as the first step in the process of the emanation of the world.  This metaphysical stance differs from the one that considers the rise of the notions of the self and other, and subject and object, as simultaneous.  Following the first order, when the consciousness becomes conscious (cetati), it gives rise to the notion of the self, identified here as cidābhāsa.[19]  In this sequence, the self, having I-sense (aham ātmā), is found in the triadic form of subject, object, and cognition.[20]  It is noteworthy that the Advaita understanding, in which subject and object arise parallel to each other, aligns with the Buddhist concept wherein the rise of dvaya of the form of grāhaka and grāhya is simultaneous.

A stark difference between the Mahayana and Advaita applications of ābhāsa can be found in the application of the term cidābhāsa in the case of the second.  This Advaita usage confirms consciousness, considered as changeless, to be foundational. However, the general application of cidābhāsa found in Advaita literature refers to either jīva or the subject of consciousness.  In agreement with this understanding, MUŚ describes the rise of jīvahood by comparing it with the ignition of lamps from one single lamp.  In this metaphor, Prajāpati is compared to the first lamp that ignites others.[21]  Following this description, it is due to the ābhāsa of Prajāpati that individual selves arise.[22]  The commonly-found term jīva is interpreted, following the ābhāsa terminology, as cidābhāsa, with consciousness coming into contact with [lit. facing towards] the entities of awareness (cetyonmukha).[23]

However, in the case of MUŚ/ YV, one can find the application of cidābhāsa, not only to address jīva as the appearance of pure consciousness, but also to explain the appearance of the world as all that appears, to be the very ābhāsa of consciousness.  Furthermore, this application confirms Brahman, rather than negating the world. [24]  This position takes for granted that there is no distinction between the object erroneously conceived and its substrate, the real object.  The experience of the self in the body, when using ābhāsa, is explained in terms of cittadoṣa or ‘defilement of mind’ and is distinguished from cidābhāsa, where cidābhāsa describes the experience of the self in other than the body.[25]  Following this understanding, it is sensation that gives rise to the notion of reality outside of consciousness.  MUŚ compares this sensation to the vibration (spanda) caused by wind.[26]  This rise of duality occurs when consciousness appears projected onto itself as if other (pṛthag ivāvbhāsa).  The appearance of the other is of the character of determination (saṅkalpa) and imagination (kalanā).  In this process, mind itself assumes form and appears in the form of the world.[27]  Unlike the Mahayana application of ābhāsa as fundamentally false, and in alignment with the scholastic Advaita understanding of avidyā in which ignorance is not simply not knowing but rather the cosmic force that gives rise to the world, in some instances found in MUŚ/YV, this is the very ābhāsa that appears in various forms (ākāra).   In this sense external entities are compared to the entities of dream, where mind projects the form of dream entities.[28]  When cidābhāsa is identified with the objects of perception, it is often distinguished from the ātman, which appears in the form of the appearance of consciousness (cidābhāsa) that gives rise to the notion of objects.  This manifestation of plurality is pertinent to the very self, due to itself, and manifesting upon its own substrate.[29]  Whether applied only to refer to the subject of awareness or to both the subject and object of awareness, the application of cidābhāsa is definitely a development in the meaning found in early Mahayāna literature.

Congruent with Mahāyāna literature, some instances in MUŚ/YV confirm the positive being of mind in the absence of all entities of appearance.  MUŚ/YV frequently utilizes the terms anābhāsa and samasamābhāsa, both referring to pure consciousness, free from modifications, and devoid of all the external images.[30]  Parallel to the application of nirābhāsa in LAS to refer to the highest state or the eighth consciousness (vijñāna) in which sevenfold consciousness arises, MUŚ describes anābhāsa as the true nature of Brahman, the foundation for the rise of external objects.[31]  This absence of external entities is also referred to with the identical term, nirābhāsa in a rare instance in MUŚ/YV that makes further comparision possible:

[There exists] only one that is free from all appearances.  [This one is] indifferent, neither conscious nor unconscious, neither existing nor non-existing, neither empty nor not empty.  This [is] non-dual (advaya), and indestructible.

Instead of identifying this nirābhāsa state as ultimately existing (sat), this passage describes it as neither existing nor non-existing (na san nāsan), the terminology in scholastic Advaita that consistently refers to avidyā. This is also described as neither conscious nor unconscious.  Although Brahman is not the subject of consciousness, scholastic Advaita consistently describes it as having the character of awareness.  This apparent discrepancy can be resolved by the Advaita proclamation that Brahaman is confirmed as existing only to reject non-existence, and the identification of awareness as its essential character is only in order to reject the absence of consciousness.  MUŚ identifies this nirāvhāsa as the state of yogin’s mind compared to deep sleep (suṣupta), which, although is nirābhāsa or devoid of the instances of appearance, is the origin of all appearances.[33]

[1] I am thankful to Jurgen Hanneder for providing valuable references on the Mokṣopāyaśāstra.

[4] In addition to the examples discussbe above, following are significant to confirm this concept:

“Although without a cause, this [world] appears; although [it has] not appeared, it is as if [it had] appeared.  For this reason, what is appearance is this [world] (idam tat), the same (tad eva) is known as supreme (para)”.  Translation by Jurgen Hanneder, Studies on the Mokṣopāya. Wiesbaden: Harrassowitz, 2006, 145-146.