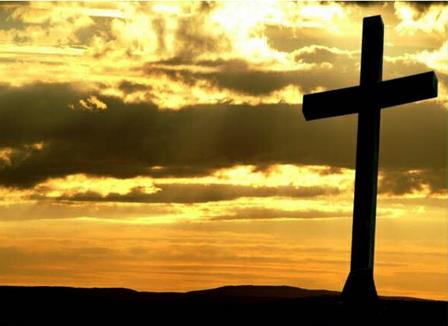 In the centuries to come, Adolf Hitler is likely to be anointed a Saint. In common with other Christian mass murderers like the conquistador Francis Xavier, the subjugator of Goa, Hitler too accomplished a cherished historic goal of Christianity. He destroyed the enemies of Christ the Saviour without mercy although he sought familiar secular goals as well. Christian rulers never shied away from genocide, as Charlemagne, the early ninth century Holy Roman Emperor, demonstrated by killing heathens en masse. His reign is revered as the origin of Europe, inspiring both Adolf Hitler and the founders of the European Union.  Supreme Christian ideologues like Thomas Aquinas and Martin Luther also affirmed their support for torture and execution of unbelievers, always in the name of the Divine!

For countless centuries the elimination of Jewry had been earnestly sought and attempted in constant pogroms of shocking bloodlust. Adolf Hitler deployed scientific methods to pretty much wipe out European Jewry outside Russia, although it is that country, where Jews survived, which has been routinely accused of anti-Semitism. The Christian celebration of Hitler’s celestial achievement has had to be deferred because his unspeakably brutal methods provoked horror in the wider world, but, it may be surmised, church leaders and the devout quietly breathed a sigh of relief.

The supposed ‘murderers of Christ’ and enemies of the only faith had been dealt a blow of severity that curtailed their perceived poisonous presence in the midst of Europe’s Christian communities. In addition to the religious and mythological basis of Christian hatred of Judaism, its enormous intellectual prowess and footprint were regarded as a serious threat to Christian ideological ascendancy. Jewish fidelity to learning and intellectual traditions only grew stronger in the face of relentless oppression, the community surviving by cultivating the sacred word, when all else seemed to falter. It is a poignant echo of the survival of Hindus through the oral traditions of countless generations of Brahmins who passed on scriptural knowledge to their descendants even as they suffered mercilessly at the hands of barbarian iconoclasts.

The physical liquidation of European Jews was followed by their effective banishment to an unenviable Middle Eastern location.  Jews may have felt they had no choice in the aftermath of the holocaust, but they have been placed in situation of permanent war, where their survival is not guaranteed. Tragically, a gifted community, whose intellectual and aesthetic attainments are without parallel, has been transformed into modern Spartans. Only the ability to fight wars is what ultimately counts for a Jew because survival must take priority over other goals. The apparent influence of the US Jewish lobby is a paradoxical confirmation of the plight of the Jewish people, obliged to defend a homeland under permanent siege and an existential situation inimical to the integrity of the intellectual and spiritual traditions of Judaism.

Hindus and their spiritual and intellectual purveyors, Brahmins, are the other community sullenly detested by Christianity. This is the one other group that poses a serious ideological challenge, with a radically alternative perspective to the Christian worldview, which has been its enduring camouflage for white European world domination.  The physical liquidation of Brahmins, considered the key to the survival of Hinduism as a faith, is judged unnecessary because the destruction of their spiritual and religious integrity will apparently suffice to subdue them. As a prelude, determined and successful efforts have been made to divide Hindus along caste axes within India itself. Once Indian caste identities were distorted and deepened by British officials in the nineteenth century, it became feasible to engage in massive political intervention within Indian society itself.

The strategy adopted, to which all Christian denominations have since adhered unwaveringly over time, is to portray Hinduism as purely a vehicle for oppression by the upper castes, especially Brahmins. They equate Hinduism with caste alone and successfully portrayed it as a form of egregious racial oppression, akin to apartheid that cannot be tolerated. In the past few months, huge strides have been taken by church lobbyists in Europe and the UK to ensure official condemnation of caste as a form of oppression, the subtext identifying it with racism. Some Hindu groups in the US and the UK, (not least HAF’s damaging and uninformed Caste report) have unintentionally, or perhaps even knowingly, abetted this diabolical conspiracy by mea culpa hyperventilation about supposed caste crimes.

It is a cause of profound dismay that Anglicised and Americanised Hindus are collaborators in the unfolding drama of their own annihilation. Even ostensible Hindu office bearers of the Sangh in the UK and US are apt to introduce themselves as interfaith dialogue practitioners rather than nurturers and defenders of Hinduism.  Their desire to engage with Christians and their churches is evidently unstoppable and animus towards anyone who dissents, intense. Some Hindu groups even allowed the Anglican Church hierarchy, in the UK for example, to select Hindu interlocutors for their mutual dialogue. It means only Hindus whom the Church finds agreeable have access to public platforms. Of course acquiescence to the preferences of Christian groups assures formal recognition from the governmental authorities and access to financial assistance.

The incitement of Hindus against each other by church organisations and other arms length institutions like Christian educational establishments in India, has been well entrenched for over two hundred years. Church organisations and their political patrons, US governmental agencies in particular, are active in many parts of India, from Nagaland, Mizoram and Arunachal Pradesh to Maharashtra, Tamil Nadu and Andhra Pradesh. Their cloak is the fiction of charitable works and succour for the poor, even as they preside over millions of deaths elsewhere! Maharashtra was witness to murderous pogroms against Brahmins in the wake of Mahatma Gandhi’s assassination, in which the church played a discreet inflammatory role. Nagaland and Mizoram were basically gifts made by Nehru to the global church and the US, in part, because he wanted to project himself as a liberal, world statesman  in the mould of Woodrow Wilson rather than a mere native politician.

The prodigious funding required to sponsor robust Christian evangelical movements across India has been readily available, from foreign intelligence services, church organisations and myriad charitable fronts controlled by either. Subversion in India is coordinated between Christian churches, foreign governments and other institutions like the Ford Foundation. Anybody with a significant public profile in India usually becomes a recipient of Ford or Rockefeller largesse.

Scandinavian US satellites have also become increasingly active in Christian evangelical activities because they are viewed as innocuous despite their transparent Nazi past. German church organisations are involved as well and all of them are currently engaged in a massive Christian evangelical drive in Nepal. Bribed local politicians of all political parties are in the pockets of these organisations and the Maoist leadership is actually Christian and the Maoist label merely a cover to facilitate religious conversion. They aim to turn Nepal into a Nagaland adjacent to the Chinese border, the only land access the US can acquire easily.

The Christian church and their Western patrons do not expect to convert a majority of India’s people in a short span of time. They are working patiently to convert sufficient numbers in strategic locations, in different parts of India, to acquire an electoral veto. Despite determined efforts at concealment of census evidence, it seems likely that Christians already comprise 8% of India’s population. They surely dream of the 60% conversion to Christianity achieved within a generation in the Republic of Korea, but would be happy to settle for an interim 15% in India. It would give them a veto, in conjunction with the Muslim vote bank, over Indian parliamentary politics and foreign policy.

They see Muslims as imperative temporary allies, which accounts for the campaigns against Narendra Modi, especially over the US visa issue. But the Christian church is confident that Muslims will have less success than them in getting Hindus to convert voluntarily when personal and professional pressures make life as a Hindu intolerable. They justly have grounds for optimism because, with their relatively modest existing foothold, they have already seized effective control of India’s fate through a mere former waitress. She is likely to ascend to sainthood alongside Adolf Hitler, for her services to Christ the Lord, although her fascist late father will probably be smiling from his afterlife vantage point.

In the estimate of Christian organisations, Hindu political influence has been expunged from Tamil Nadu and Kerala completely and Andhra Pradesh, where religious conversions have surged, will almost certainly follow. They rightly judge an Anglicised, secular West Bengal polity as instinctively anti-Hindu and subliminally sympathetic to Christianity although it is wrapped in a bogus secular guise. They rejoice in total control over the strategic locations of Nagaland and the Mizoram, whose importance exceeds their territory and population size and expect Arunachal Pradesh to succumb to Christian blandishment, which means bribery and blackmail.

This political goal of subverting India from within was adopted more than sixty years ago by Anglo American Governments, keen to deploy Indian manpower and resources in Cold war ventures. It has taken a while to come within striking distance of this historic aim though the Cold War, if not their grand imperial aspirations, has waned. In the meantime, Christian leaders quietly celebrate the ferocity with which former Hindus, especially of high caste background, loathe all things polytheist and Hindu.  They also note with satisfaction that the grandparents of the foremost Muslim intellectual of the twentieth century, who abhorred idolatry, were Kashmiri Brahmins. They do not see the need to physically eliminate a majority of Brahmins because their skills will be useful for imperial rule, once they have succumbed to ruthless machinations.