The Hindu Matha: A Introduction 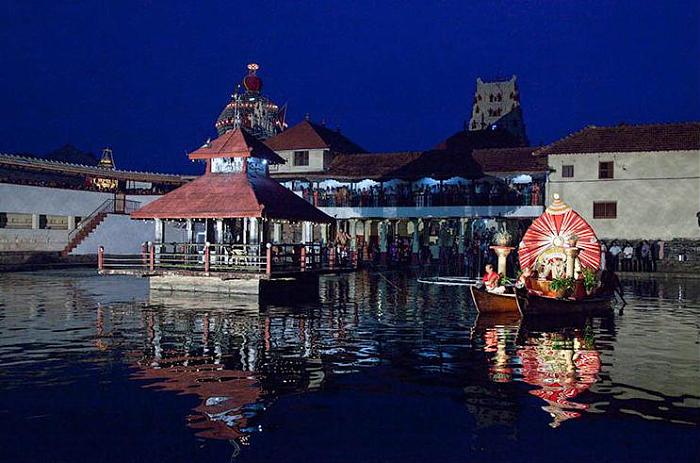 In the 21st century, India is touted as the land of ‘spiritual tourism’. One cannot go a few kilometres without finding a temple or other dharmic structure. Indians have been called as relentless temple builders by medieval tourists. A temple is not just a brick and stone structure. It functions on various other planes than the formal religious one. When a social institution develops around the sacred precincts of a temple, it becomes a ‘Matha’ or an ‘ashram’. Most of the big temples in ancient and medieval India were part of this bigger entity called Matha.

A Matha is a spiritual and religious establishment of dharmic traditions including Jainism and Buddhism. It is a place where saints and meditational practitioners following the dharmic code, reside around a temple, living the life of meditation, quiet reflection, with the goal of self-realization. It is a vast and complex spiritual, religious, cultural and socio-economic entity.

A Matha is many things in one:

It would not be an exaggeration to say that till recently, the Matha was one of the most important institutions of India. Since independence its authority has decreased a little but it is nowhere near insignificant. The most beautiful thing about a Matha was that despite being a spiritual, religious, cultural, socio-economic, social welfare and paralegal institution, it was never a political institution. 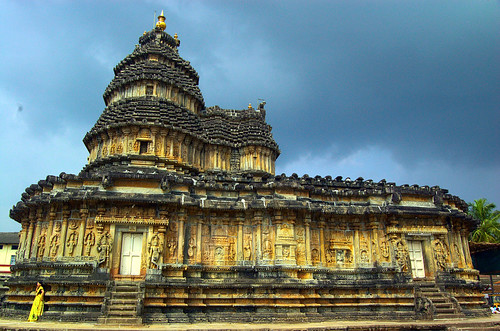 It is quite unlike and the exact opposite of the Church in Medieval Europe and the equivalent institution of the Ummah in Islam. These two entities functioned as different kinds of institutions at different times; but one thing was always common in them. They were always highly political, interfering in the affairs of the State, dictating political terms and even forming armies of their own and clashing with the State with rival claims on power and property.

The Matha in India is the exact opposite of this. It has been every kind of institution as described above, except being political. This is the reason why there have been no great wars between the Matha and the various states of India like the Papal wars in Europe. The Matha in India acted as an integrative force instead:

“It is the fascinating story of the temple’s role as an integrative institution, and its contribution to the development of the creative arts such as architecture, sculpture, painting, music, dance, drama, and the allied arts, such as the crafts of bronze-casting, jewellery-making, and so on, that are highlighted… Rituals, festivals and the idea of pilgrimages, that created a network of temple-centres and a sacred geography, continue to emphasise the integrative role of the temple in the subcontinent.”[2]

The importance of the Matha in Indian social life was not missed by the foreign invaders of India. In the north, the Mathas, both Buddhist and Hindu were primary targets of the Islamic invaders as it was understood that destroying a Matha amounted to destroying the spiritual, cultural and socio-economic node of the society. Many Mathas were destroyed by the ravaging Muslim armies in north India and this destruction consequently affected the life of the people too.

In the north, after many centuries of Islamic invasion and destruction, the institution of the Matha deteriorated and the term ‘ashram’ has become more popular. In the south, where the Hindu traditions have gone almost undisturbed for thousands of years, the institution of Matha continues in its ancient glory with even its name intact.

To sum up, the Matha emerged as the central definitive institution dominating the social and economic life of India. Not only was it central to the spiritual life of people, it was also central to their social and economic life. Wherever it was left untouched and the tradition remained undisturbed, the Matha developed to incorporate the whole city within its confines; Srirangam in Tiruchirapalli being the primary example.

Any understanding of Indian society without an understanding of the Hindu Matha, will be incomplete. So far, not many efforts have been done to see the Hindu temple as a living system, as a platform where arts, humanities and sciences came together with people from every walk of life and created an institution unprecedented in human history.

This article aims to take one step in that direction.