The Masked Ball of the Secularist Stormtroopers 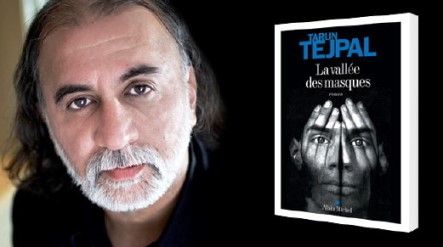 Nemesis is a strange phenomenon. It is a silent companion for the mighty and the wicked, as they carry on their criminal capers for decades and some. Then, suddenly, it strikes. Like the bolt from the blue, or the wrath of the Gods or whatever you prefer to treat it as.  Let me be very clear – this retribution does not always materialise for millions of wrongdoers and low-lives. As a Hindu atheist, I would be going against my fundamental belief-system if I were to expound some gibberish doctrine about just desserts for the bad boys and girls, whether in their lifetimes or in the hereafter.

The Greeks, the original torch-bearers of western civilization, infinitely more than the Romans, got some of their basic ideas at some stage from Indians. The ravaging hordes under the Macedonian warlord, Alexander, took back many lessons they had learnt from the vanquished fellow-citizens of the good king Puru. And I would like to think that divine retribution is one of them.

In Greek thought, nemesis is closely linked to the notion of hubris. This is, of course, the sin of overweening pride or arrogance. Those guilty of hubris also display an insufferable confidence in their own achievements, competence or potential. If these attributes fit in with your experience and notion of the Indian media’s glitterati, you are spot on. Indeed, these “qualities” apply to the entire range of venal crooks and criminals that can broadly be labeled as the desi elite or establishment.

As Greek tragedies evolved over time, the goddess Nemesis became a central figure who avenges crime and punishes hubris. She dealt out fortune to each person according to what he or she deserved. If this “right” proportion is disturbed, the sense of justice of Nemesis would not allow it to go unpunished.

The sudden and unexpected fall from grace of Tarun Tejpal in the last few days must be looked at in the above context. He had it coming, as our American friends would say. The fact that it has happened (though the fellow can still get away clean from the mess, given the functioning of the Indian judicial system) will please all those who subscribe to the nemesis principle.

Currently, the country’s Fourth Estate is a stomping ground and refuge of individuals with the worst type of human characteristics. The ultimate litmus test of success in this cesspool is chutzpah, bravado, ability to dispense human fertiliser in copious quantity and the gift of the gab. Leading the pack is the brand of denizens I have always referred to as the sarkari secularists (SS).  The initials fit this bunch perfectly; these people, like the original Herrenvolk lot, have firm notions about their ingrained superiority, swagger around the major metros, specially the national capital, where their habitat comprises the principal TV studios, Raisina Hill, the Lutyens zone and the IIC.

Their intellectual level is frozen at the Senior Cambridge/Class 11-12 level, and the elder ones are all from the Billy Bunter/Battler Britain/Wodehouse and Enid Blyton school. Their contempt for this country’s ancient culture and civilization knows no limits; the ones who are not the kitchen-English types are the Mughal–Persian–Arab admirers, whom I have always labeled as the Ghazal-Shazal wallahs.

In the present vaudeville show, we must start our exercise by looking at the two protagonists. The first is Tarun Tejpal, the star of the show, and the second is his Sancho Panza, a lah-di-dah prima donna, Shoma Chaudhury, who has now ascended the gaddi at the Tehelka racket they were running.

Baba Tarun is the archetypal post-Partition Delhi Punjabi. These people have a veneer of western education,  having often studied at convent schools and/or the so-called public schools. Many of them have also been to that great promised land of the kaala Angrez, the St. Stephen’s College in Delhi. The vast majority of them end up in the never-never land between a tawdry Anglo-Indian persona and an Indian one that they always try to hide. It is the exact desi version of the “Black Skins, White Masks” phenomenon that the great black French sociologist Frantz Fanon described.

Between the summer of 2000 when Tejpal left Outlook to start Tehelka and now, Tejpal’s net worth increased on a logarithmic scale. His ascent on the social ladder was equally meteoric. From being the number two to Vinod Mehta, he became his own boss and, the rest, as they say his history. Even when working in Outlook, he was running his own publishing outfit, India Ink, and achieved the coup of publishing Arundhati Roy’s first book, The God of Small Things. Was he moonlighting? One will never know the arrangement he had with his employers (the Raheja group) and his editor Vinod Mehta, but clearly they had soured by 2000. There were reports that the parting was hardly amicable.

Even when Tejpal and his new outfit was making waves with their so-called sting operations, some capital watchers were curious about Tejpal’s choice of targets. Admittedly, the NDA regime of Vajpayee, son-in-law Ranjan Bhattacharya, and LK Advani was also a fairly colourable institution. However, Tejpal never trained his guns on the Congress and its bags of sleaze. With his Bongo 2IC, Shoma Chaudhury, who also left Outlook to join him, these two were quite hesitant and reluctant to do any major exposés of UPA’s never-ending loot from 2004 onwards, and specifically from 2009. Their preferred targets were the Hindu movement, any attempt at promoting Indic culture and any form of nationalism that did not compromise with their grotesque SS world.

In recent years, there were many rumours about Tejpal’s venture being funded by a Trinamool MP who has been dubbed as the country’s Chicken King. The start of the Think festival, sponsored by this business group, was the beginning of Tejpal’s personal decline and that of his magazine. Delhi’s corridors were rife with stories about Tejpal and his cronies trying to gouge corporates for funds. One of his former long-time colleagues has written openly about Tehelka killing one of the biggest scoops it had, because Tejpal wanted to “monetise” it.

Now, let us look at the way this duo has performed during this sordid saga.

Tejpal and his “recusal from office” for 6 months, if you please: the phrase, itself, reeks of grandstanding.  Does the fellow think he is a Supreme Court judge who finds a conflict of interest in a particular case before him and decides to withdraw from hearing it, in case his probity is questioned ? This is what any unbiased observer will think. The man’s arrogance and conceit are so evident in his posturing.

His defence line that is slowly emerging : that of consensual sex. This is one of the oldest tricks in the trade and has been used by the most despicable criminals throughout history. Even Eichmann claimed that the Jews voluntarily marched to the gas chambers. Proof: he had a string of violinists lined up to play merry waltzes as the inmates went on their death march.  Tejpal has now lined up one of the country’s top-notch law firms to come out with this obscene tripe.

If Tejpal is grotesque, wait to see how his second-in-command performed in the last three days.

Apology for her stand taken on TV: her “tonality” was wrong. Does the woman think she is being judged in a voice test for a musical recording ?

Calling Tejpal’s alleged offence a “transgression”: all that convent education coming out, as I had warned you. Did she look up the Thesaurus for all the mildest versions of sexual assault and rape that she could think of ?

And then the crème de la crème : the victim of the alleged assault was looking for “justice outside the penal system”. Does this harridan believe in the flat-earth theory ? Or is she peddling snake juice to the Indian public ?

And then the limit in self-aggrandisement : “If the case against Tejpal is proved in court, I will accept that his offence is one of rape”. A combination of Marie Antoinette and Empress Victoria, eh?

To wrap it up now, Ms. Chaudhury, the Supreme Court has made the legal position for you abundantly clear. Since you were in a position of authority, when your young colleague  informed you about the sexual offence perpetrated on her, it was mandatory and obligatory on your part to inform the appropriate police authority about the crime. Period. No if and buts here for you to use your editorial prerogative.  Personally, I am in good company if I say there are strong grounds  for you, too, to be prosecuted under the law for your disgraceful conduct.

The case citation is : Vishaka and others V. State of Rajasthan and others.

The author is an analyst in corporate laws and business affairs based in Delhi.