The Mathematics of the Jihadis 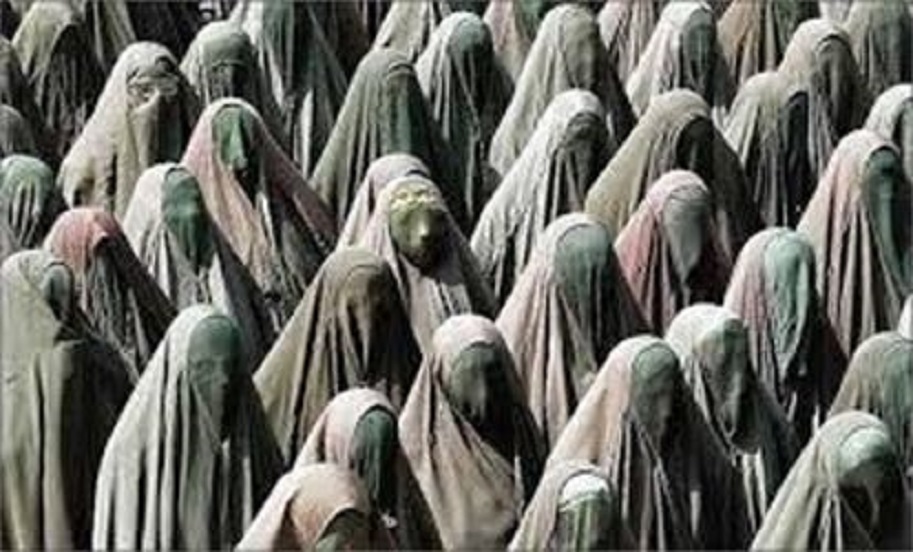 ‘It is difficult to gauge the intensity of the vengefulness of a fool who has been insulted,’ reads a line in the Kannada novelist Yashwanta Chittala’s Purushottama. Needless to say, it alerts us to the perils of hurting a fool’s ego. However, visualize the dangers of a situation where an entire political system is built in a way that uses the selfsame ego of a fool as a source of strength and power. Indeed, we don’t need to actually visualize it: we have it before us in the form of Communism and Jihadism.

That today, Islamic fundamentalism is spreading worldwide like a cancer is a given. However, the world’s Big Brother, which has invested heavily in its universities, think tanks, and institutes, and has set up chairs and sponsored scholars to study the problem, continues to refuse to publicly state the roots of Islamic fundamentalism and the solutions to eradicate it. This inaction (spinelessnesss?) is the latest example of how narrow political expediencies and calculations are threatening peace across the world.

Before we examine how a fundamentally empty, regressive and inhuman ideology grew so rapidly, we can briefly turn to history for parallels by studying an example of a similar fundamentalism which is now history. Such a study is not only rewarding but proves to be a good guide.

If any ideology, movement, or argument needs to reach a sizeable mass of people (no matter how base their character is) quickly, it needs to first satisfy their ego.

We’ve seen how quickly Communism spread throughout the world. If you tell indolent people that in their laziness lies their greatness, you’re guaranteed to receive a significant mass following. Indeed, Communism spread in this fashion. Communism rapidly gained worldwide following because it pitted society against itself—by needlessly provoking peaceful people, by vociferously dismissing hard work, merit, and intellect, and by pitching the indolent against the rest of the society, all in the name of equality. Instead of fighting for equality rooted in responsibility, Communism demanded equality rooted in rights. This was how it was able to amass a vast army of servants who were adept at KCKH—Kaamkochakkar, Khaanakohaazir(Always ready to bunk work, always ready for free lunch).

However, the day people realized that Communism filled only their heads but not their stomachs, it died as a political ideology—this death was also hastened by the widespread and tremendous impact and acceptance of US-style capitalism. However, it took more than a century for the death of communism to occur.

However, by then, Communism had left its deep imprints in the psyches of people—it had successfully altered the very way of their thinking. It had played with their primal impulses. Therefore, although it had been defeated politically, it has remained firmly etched in all our minds in one or the other form even today. The root cause of this is the ease with which the basic impulses and instincts of humans succumb to temptation.

The tremendous success and popularity of platforms like WhatsApp and Facebook owes not to any fundamental or path-breaking research or accomplishment but to a very simple cause: they provide an easy, (literally) handheld stage for people of no distinction to enact the triumph of their egos.

It is not inaccurate to say that this is but a culture-devoid facet of humans. And it is fundamentalist Islam which has used this culture-devoid facet, taken it to the basest level, and has used it with aplomb since its inception. The reason Islam is today growing at such a phenomenal pace and churning out fundamentalists and Jihadis in greater numbers owes to the fact that it is systematically feeding the basest of brute instincts in human beings.

When you feed and nurture the brute instinct for killing and provide unlimited opportunities for satisfying sexual lust, it is very easy to gratify an individual’s ego. And fundamentalist Islam has recognized this fact at a level, and has been consistently pandering it to its adherents. This is why fundamentalist Muslim leaders constantly create newer enemies, maintain hatred against these enemies and ensure that the Faithful never forget the taste of war. Thus, the Faithful are in a constant state of preparedness to attack non-Muslims. However, once there are no more non-Muslims left to attack, the cleavages within the Muslims themselves (Shia, Sunni, Ahmadiyya, Alawite, Ansari, etc) escalate and internecine violence erupts. Because? War must be constant. The beast inside the human must constantly gnash its teeth.

This is nothing but the continuation of the Communist concept of never-ending class warfare. Moreover, free and unlimited access to sex is another big draw for the fundamentalists and potential fundamentalists. First, it’s legally sanctioned for Muslims to have four wives. It is equally easy to divorce and marry another lady. This process can be repeated any number of times. These legally-sanctioned temptations are numerous: treating women as objects made purely for a man’s enjoyment, sanction for wife-beating (Quran: 4:34), taking women as booty in raids against non-Muslims… Because human desire can never be quenched, there’s the additional offer of procuring 72 virgins for those Muslims who die in Jihad. It thus stands to reason that sanctifying this sort ofbehaviour as religion is the work of an extraordinarily perverted psychiatrist.

It is impossible to satisfy the monetary greed of any person because greed by nature has no limit. However, sexual lust is limited by one’s physical abilities in the sense that it can be satiated temporarily.If a person is shown the way to satisfy this lust in an unfettered manner—with no social or other restraints—then it becomes dead easy to tame even the most brutal of people. And fundamentalist Islam has shown how well it has understood this elementary fact. Indeed, as ISIS, Boko Haram and others continue to show us, as long as there’s free and unlimited availability of women and opportunities to kill men, this cancer will continue to spread unhindered.

Indeed, this phenomenon has a long history from the 7th Century raids against the Khuraish and Nadir tribes to Arab incursions in Persia, Byzantine to attacks against Europe, North Africa, and Jihad against Bharata, which continued during the mass massacre of Hindus in Bengal during the Partition, and the low-level Jihad occurring even today in Kashmir, Kerala, Assam and West Bengal.

Generally, a demonic mind tends to do precisely that which is prohibited and punishable in a normal, healthy and functioning society. Given an opportunity, freed from such restraints, this kind of mind will run riot. It is this path that fundamentalist Islam has eased for such minds.

There’s a common misconception among analysts of Islam. This proceeds on the lines that the illiterate Faithful are shown the temptation of 72 virgins, and the poor are lured with money to become Jihadis. Of course, there’s only a grain of truth in this. However, because fundamentalist Islamic leaders have shown that there are ample opportunities to obtain these enjoyments right here on earth are youth (the poor, the wealthy, the educated, and the illiterate) becoming Jihadis in droves.

From this it is pretty clear that religious fundamentalism is merely a foundation for Jihad. What is constantly feeding it is the real attraction and opportunities to satisfy one’s basest instincts without fear or fetters.

There’s another deadly aspect to this.When this sort of perversion is presented as Allah’s work, practice of pure Islam, the sadistic pleasure one derives by cruelly torturing and killing Islam’s enemies and enjoying their women and children, and perchance the Jihadi dies, the 72 virgins waiting for him…when this sort of package deal is offered, it becomes clear how and why it has become so easy to attract thousands of youths to enlist in Jihad in this rational, scientific and modern age.

Thus, if one is serious about tackling the problem of Jihad, one needs to tackle the incredible cruelty, and violent sexual crimes that are its most visible manifestations. Muslim women need to first be liberated from Islam, and prescribe stringent punishments to the perpetrators of such inhuman crimes. Additionally, those verses in the Islamic scripture which sanctify and sanction this sort of behaviour need to be erased.

The author is a software professional and an avid follower of Kannada and Sanskrit literature.