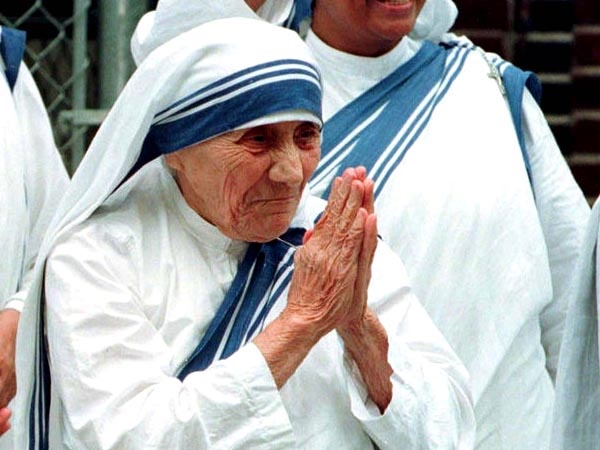 Christopher Hitchens’ iconoclastic polemic against Mother Teresa makes for riveting reading. Uncomfortable questions are raised that beget even more uncomfortable answers. An icon suffers from the harsh gaze of an unsentimental critic.

Given Christopher Hitchens’ strong atheist views, it is perhaps not surprising and even inevitable that he would have trained his guns on Mother Teresa at some point. Mother Teresa was the brightest beacon of the Church in Asia, a continent where the Church remains convinced a “great harvest” of heathen souls awaits in the new millennium.

What does surprise, however, is the persuasiveness of the author’s arguments, the polemic against the Saint of the Gutters. At the end of this short book – all of 128 pages, I was more convinced that there had been something fundamentally fake about Mother Teresa, and more’s the pity, since she commanded the kind of attention and following that could have been used for effecting great, and good, change for the poor.

Hitchens takes Mother Teresa to task on several accounts. For pretending to be apolitical but not averse to lobbying politicians to further her and the Church’s agenda. For denying basic humanitarian care to the poor and dying while enjoying the most expensive medical care that money could buy. For perpetuating the myth of Calcutta being a “hell-hole”. For rushing to the aid of the despot, the criminal, the dictator. For abrogating to herself the role of being God’s chosen voice on Earth. For pursuing a particularly fundamentalist, orthodox, and intolerant doctrine of Christianity. Lastly, the citizenry of the world, too enamoured of the Mother to cast a critical eye on her deeds.

Mother Teresa commanded power, love, and respect, from her followers. Whether she was humbled by it, or whether she truly believed herself as deserving of that veneration is quite another thing. The author, however, notes, unimpressed, “I did not particularly care for the way that she took kisses bestowed on her sandalled feet as no more than her due.”

Mother Teresa received enormous funds, donations, and patronage from the Government of India while she was alive. That money, Hitchens says, has never been totalled, nor has anyone “ever asked what became of the funds. It is safe to say, however, that if all the money had been used on one project it would have been possible, say, to give Calcutta the finest teaching hospital in the entire Third World.”

The wretched, unhygienic conditions, in which the poor were given less than basic care, left one wondering why Mother Teresa thought it fit that the poor should be subjected to such pain in their dying moments, while she herself didn’t think twice before availing of the best and most expensive medical care that money could buy (“who herself, it should be noted, has checked into some of the finest and costliest clinics and hospitals in the West during her bouts with heart trouble and old age”). The poor, on the other hand,  had to make do with simple painkillers “for the sort of pain that goes with terminal cancer and the things they were dying of.”

Even more damning, to use this loaded word in the context of talking about Mother Teresa, is the testimony of “Susan Shields, who for nine and a half years worked as a member of Mother Teresa’s order, living the daily discipline of a Missionary of Charity in the Bronx, in Rome and in San Francisco.”

“In the homes for the dying, Mother taught the sisters how to secretly baptize those who were dying. Sisters were to ask each person in danger of death if he wanted a ‘ticket to heaven’.

An affirmative reply was to mean consent to baptism. The sister was then to pretend she was just cooling the person’s forehead with a wet cloth, while in fact she was baptizing him, saying quietly the necessary words. Secrecy was important so that it would not come to be known that Mother Teresa’s sisters were baptizing Hindus and Moslems.”

This was more like the last in a long line of insults the poor had to endure – deprived during their lives by a corrupt and indifferent government of opportunities to live a better life, deprived while dying of basic medical care that Mother Teresa’s millions could have provided, and cheated at death, secretly and surreptitiously baptized, without their consent, to a faith that had been alien all their lives.

Mother Teresa’s lasting legacy is perhaps her blind faith in the infallibility of dogma. The dogma of the Church. While she may have proclaimed herself as apolitical, it did not stop her from meeting with Prime Minister Margaret Thatcher on the eve of a private bill in Parliament that sought to “limit the availability of abortion”. This was appreciated by the M.P. who had brought the bill as providing an “immense boost to his campaign”. Nor did the she blink an eyelid when stating that she would have “sided with the Church authorities against Galileo.” To add to this litany, and ‘litany’ is again a loaded word here, Hitchens  notes, Mother Teresa was silent about the genocide in Rwanda, “perhaps because the Roman Catholic leadership in that country was complicit in the attempted genocide of the Tutsi people in the summer of 1994.”

Mother Teresa’s conveniently blind side, consistently poor judgment, persistent dogma, call it what you will, did not confine itself only to theological matters. If it was her rather artless, or as Hitchens says, “faux naif”, letter she wrote in defence of Mr Charles Keating, a fraudster convicted to stealing over $200 million, it was her very public support for Jean-Claude Duvalier of Haiti at another.

Even sadder is her defence of the butchers of the Bhopal Gas Tragedy of 1984. “Mother Teresa was on the next plane to Bhopal. At the airport, greeted by throngs of angry relatives of the victims, she was pressed to give her advice and counsel, and she did so unhesitatingly. I have a videotape of the moment. ‘Forgive,’ she said. ‘Forgive, forgive.'” Forgive? Forgive whom? Forgive for what? How did she know, at that time, that Union Carbide, now owned by Dow Chemical, was responsible for the deaths of eventually over one hundred thousand people? “Mother Teresa’s flying visit to Bhopal read like a hasty exercise in  damage control ” Should the poor have to forgive the rich, the powerful, the culpable? In Hitchens’ excoriating words, Mother Teresa “furnished PR-type cover for all manner of cultists and shady businessmen (who are often the same thing)”.

Hitchens notes that Mother Teresa and the Church’s defence of the unborn was laudable, whatever one may think of the Mother herself – “there is none the less something impressive and noble in the high priority the Church gives to potential life”. Yet India was also witness to Mrs. Indira Gandhi, late Prime Minister of India, and “friend and admirer” of Mother Teresa, who “who launched a demagogic and brutal attempt to bring about male sterilization.”

Surely the Mother could have uttered a word or two in criticism? If she ever did, records do not provide any evidence of it. In Bangladesh, where the most violent and sickening of crimes were committed against close to half a million women in 1970-71, Mother Teresa appealed to these victims to “not to abort the seed of the invader and the violator”. It is quite another thing that Mother Teresa claimed to have adopted no more than “three or four dozen orphans from the entire Bangladesh calamity.” This out of hundreds of thousands of victims.

If Mother Teresa was a fake, then valuing a fake as highly as the world did is not her fault alone. After all, as the saying goes, it takes two to tango. A variation in Hindi goes, “ek haath se taali nahi bajti” (“एक हाथ से ताली नहीं बजती “), i.e. ‘you cannot clap with one hand.’ “If Mother Teresa is the adored object of many credulous and uncritical observers, then the blame is not hers, or hers alone. In the gradual manufacture of an illusion, the conjurer is only the instrument of the audience.” We played an equally culpable role in the elevation of Mother Teresa to god-like stature, without critical evaluation.

Lastly, Calcutta (now called “Kolkata”) has had to suffer its share of tragedies. Whether it was the partition of Bengal into West Bengal and what later became East Pakistan and then Bangladesh, “by a stupid British colonial decision”, the upheaval caused by the Bangladesh War in 1971, the sectarian strife in Assam a decade later, or the ignominies heaped on the city and state by Communists, who ruled the state for more than thirty years, it is still “the city of Tagore, of Ray and Bose and Mrinal Sen, and of a great flowering of culture and nationalism.” The people themselves “are neither inert nor cringing. They work and they struggle, and as a general rule (especially as compared with ostensibly richer cities such as Bombay) they do not beg.” The manufacture and sustenance of the impression that “Calcutta is a hellhole” was therefore “Essential indeed to the whole Mother Teresa cult.”

In the end, Hitchens summarisation of Mother Teresa is succinct, and more depressingly, accurate – “A religious fundamentalist, a political operative, a primitive sermonizer and an accomplice of worldly, secular powers.”