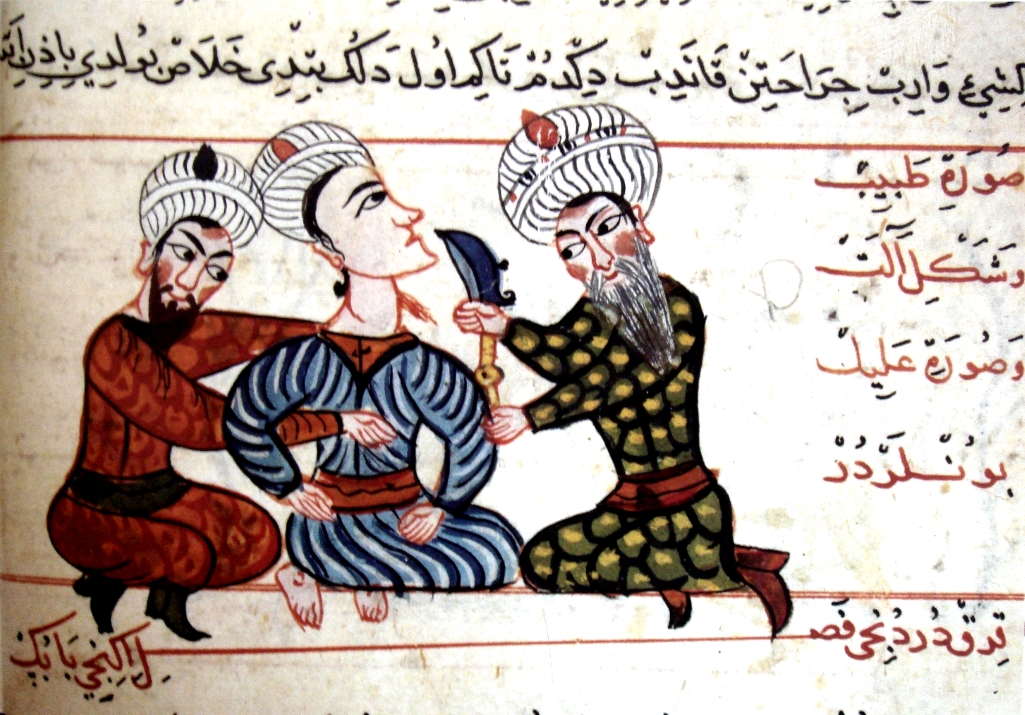 In this provocative essay, Waseem Altaf, the author argues that the notion of a golden age of Islamic learning is a myth created to counter the current sorry state of intellectual life in the Islamic world.

It is widely believed and taught, including in India, that there was a Golden Age of Islamic learning that made a major contribution to science and the arts. In India we are told that this ‘synthesis’ between Hindu and Muslim thought gave rise to a great ‘syncretic’ civilization that was suppressed and eventually destroyed by the British. However, this flies in the face of the fact that not a single name of a major scientist from the five-plus centuries of Islamic rule of India has come down to us. We have to go to pre-Islamic India to invoke names from the past— names like Aryabhata, Varahamihira and the like.

Al Biruni, eyewitness to the destruction of Indian learning

It is a similar story when we look at universities or centers of learning. Pre-Islamic India was renowned for its universities: Takshashila, Vikramashila, Nalanda, Ujjain and other places attracted students and scholars alike from far and wide, much like the United States of today.

After the establishment of the Delhi Sultanate, not a single center of learning (other than Islamic seminaries) was established for over seven centuries. The first modern universities came to be established only during the British rule.

Also worth noting is the fact that the so-called ‘synthesis’ of learning took place before Islamic invasions engulfed both India and Persia in a Dark Age. The Sassanid emperor Kosrau I deserves much of the credit for work that is wrongly credited to Islamic rulers and scholars.

Khosrau I (reigned 531–79) known as Anushirvan or ‘the immortal soul’ was a great patron of philosophy and knowledge. He gave refuge to scholars from the Eastern Roman Empire when the bigoted Christian Emperor Justinian closed down the neo-Platonist schools in Athens in 529 AD. Earlier, in 415 AD, Christian goons led by ‘Saint’ Cyril burnt down the great library in Alexandria and murdered the neo-Platonic scholar Hypatia who taught there, because another ‘saint’ Paul had decreed that women must keep their silence.

Khosrau was greatly interested in Indian philosophy, science, mathematics, and medicine. He sent multiple embassies and gifts to the Indian court and requested them to send back philosophers to teach in his court in return. Khosrau made many translations of texts from Greek, Sanskrit, and Syriac into Middle Persian. He was lauded as “Plato’s Philosopher King” by the Greek refugees that he allowed into his empire because of his great interest in Platonic philosophy.

A synthesis of Greek, Persian, Indian, and Armenian learning traditions took place within the Sassanian Empire. One outcome of this synthesis created what is known as bimari-stan (‘home for the ailing’), the first hospital that introduced a concept of segregating wards according to pathology. Greek pharmacology fused with Iranian and Indian traditions resulted in significant advances in medicine.

Regrettably this pre-Islamic era  of learning came to an abrupt end following the Arab (Muslim) invasions and the defeat of Sassanid Persia The reality is that most of this ‘synthesis’ took place in the pre-Islamic period until Islamic invasions sank both Persia and India into a Dark Age lasting centuries.

IndiaFacts is grateful to the author Waseem Altaf and the publication Viewpointsonline.net for the article. No photograph of the author is published out of concern for the author’s safety. Here is his essay.

Science in the Islamic world

Rational thought in the Muslim world developed during the reign of liberal Muslim rulers of the Abbasid dynasty. However it was after the rise of scholars like Al-Ghazali that all scientific reasoning came to an end in the 13th century. As we remain enamored by our past achievements in the sciences, we forget that there is very little “original” we as Muslims can celebrate and be proud of.

It was during the reign of the early Abbasid caliphs, particularly Mamun-ur-Rashid (around 813 CE) that in his Dar-ul-Hikmah (the house of wisdom) in Baghdad, Muslim scholars would begin translating the classic Greek works, primarily toeing the Aristotelian tradition. In addition, they were heavily relying on Persian and Indian sources.  They also penned huge commentaries on works by Greek philosophers. However, the Muslim translators were small in number and were primarily driven by curiosity. More than ninety nine percent Arabic translations of works of Greek philosophers were done by either Christian or Jewish scholars. It is interesting to note that Islamic astronomy, based on Ptolemy’s system was geocentric. Algebra was originally a Greek discipline and ‘Arabic’ numbers were actually Indian.

[N.S Rajaram: Indians invented algebra, calling it bija-ganita. Greeks considered some special cases in number theory like Diophantine Equations, also known to the Indians. The cumbersome letter-based notation (like the later Roman numerals) did not lend itself to problems in algebra. The major Greek contributions were the concept of proof (known also to Indians) and above all the axiomatic method at which they excelled. The Arabs themselves never denied their indebtedness to the Hindus in astronomy, medicine and mathematics. They called their numbers ‘Hindu numerals’. As noted in the Editor’s Introduction, much of this took place in pre-Islamic Iran, especially under Khusro I.]

Most of these works were available to the West during 12th century when the first renaissance was taking place. Although Western scholars did travel to Spain to study Arabic versions of classical Greek thought, they soon found out that better versions of original texts in Greek were also available in the libraries of the ancient Greek city of Byzantium.

However, it would be unfair not to mention some of those great Muslim scholars, though very few in number, who genuinely contributed in the development of philosophy and science.

As we go through the life histories of these great men we find that they were influenced by Greek, Babylonian or Indian contributions to philosophy and science, had a critical and reasoning mind and were ‘not good’ Muslims or even atheists. A significant number of them were reluctant to even reveal the status of their beliefs for fear of reprisal from the fanatics. They never ascribed their achievements to Islam or divinity. And they were scholars and scientists because of a critical mind which would think and derive inspiration from observation and not scriptures which set restrictions on free thinking and unhindered pursuit of knowledge.

Avicenna author of the famous Canon of Medicine

Hence bringing in Islam to highlight achievements of Muslim scientists is nothing but sheer rhetoric as these men did not derive their achievements out of Islam or flourished due to Islam. And we find that whatever little contribution to science was made can be owed to ‘imperfect Muslims’.

[NS Rajaram: Muslims are not alone in this. Many Hindu scholars also make extravagant claims in the name of ‘Vedic science’ and the like that have no basis. Considering their numbers, the Hindus don’t have a particularly good record, compared to say, the Jews. India and Israel became independent countries around the same time but in science there is no comparison. Retreat into religion in the name of ‘spirituality’ must take its share of the blame. Hindu moneybags spend lavishly on religious endowments and dubious holy men, but are measly when it comes to supporting temples of learning. And the few they do (like the Hindu University of America) are an embarrassment and get bogged down in obscurantism and mismanagement.]

However it was the ‘perfect Muslim’, the Islamist, from the 12th century who was to give the biggest blow to scientific thought in the Muslim world.

Imam Ghazali (1058-1111 CE) who still occupies a centrestage among Muslim philosophers openly denounced the laws of nature and scientific reasoning. Ghazali argued that any such laws would put God’s hands in chains. He would assert that a piece of cotton burns when put to fire, not because of physical reasons but because God wants it to burn. Ghazali was also a strong supporter of the Ash’arites, the philosophers who would uphold the precedence of divine intervention over physical phenomena and bitterly opposed the Mu’tazillites— or the rationalists who were the true upholders of scientific thought.

In other words Ghazali championed the cause of orthodoxy and dogmatism at the cost of rationality and scientific reasoning. Today we find that all four major schools of Sunni Islam reject the concept of ‘Ijtehad’ which can loosely be translated as ‘freedom of thought’. Hence there is absolutely no room for any innovation or modification in traditional thought patterns.

We also find that as Europe was making use of technology while transforming into a culture of machines, the acceptance of these machines was extremely slow in the Islamic world. One prime example is that of the printing press which reached Muslim lands in 1492. However, printing was banned by Islamic authorities because they believed the Koran would be dishonored by appearing out of a machine. As a result, Arabs did not acquire printing press until the 18th century.

Khusro Anivarshan known as the ‘Just’

It also stands established that science is born out of secularism and democracy and not religious dogmatism. And science only flourished in places where religion had no role to play in matters of state. Hence there is an inverse relationship between religious orthodoxy and progress in science. Rational thought in the Muslim world developed during the reign of liberal Muslim rulers of the Abbasid dynasty who patronized the Mu’tazillites or rational thinkers.

However it was after the religious zealots’ compilation of the ahadis and the rise of scholars like Al-Ghazali that all scientific reasoning came to an end in the 13th century. As a consequence, Muslims contributed almost nothing to scientific progress and human civilization since the dawn of the 13th century. And while science and technology flourish in the modern world, a vast majority of Muslims, engulfed by obscurantism, still find solace in fantasies of a bygone era——the so called ‘golden age’ of Islam.

Whether one agrees with the author’s radical conclusions or not, it is undeniable that the contributions to science under the great Islamic empires was disproportionately small considering their wealth and power. We already saw that their record in India even during the supposedly ‘great’ Mogul empire was dismal. Part of the problem was that Islamic rulers, instead of encouraging learning, hired foreigners and mercenaries— like Hindus in India and Jews and Christians in the Ottoman Empire.

Indian Muslim historians like Irfan Habib have tried to explain this intellectual vacuum of the Islamic period in India claiming that its rulers were mainly nomadic tribes from Central Asia (like Turks) who were more interested in military exploits than learning or scholarship. But why only under Islam in a belt from India to Turkey and beyond, and that too only after the coming of Islam?

One has to agree with the author Waseem Altaf that Islam (like Medieval Christianity) was mainly responsible for this continuing backwardness. Others, notably Hindus should learn from this and avoid getting trapped in the past.