The political economy of underpaid wages 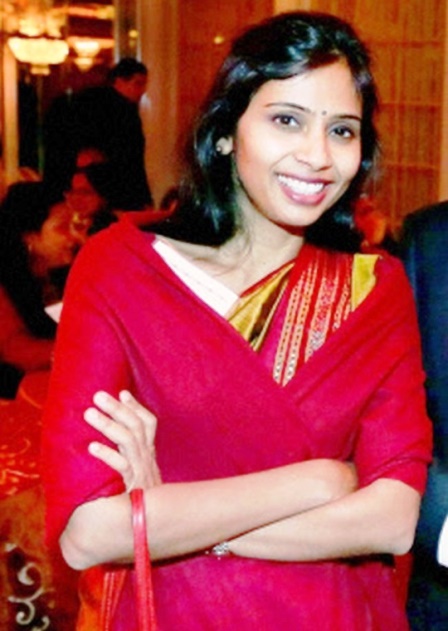 Social media commentators in the US, Europe and including a shocking number of Anglicised Indians, are spewing racist venom against Devyani Khobragade for allegedly exploiting her maid. It turns out that Devyani had treated her maid better than other diplomat-employers, by setting up an employment contract and paying her 30,000 Indian rupees a month. These racists have found something to denounce the intolerable natives with, helped along by deracinated and pig ignorant Indians, eager to ingratiate themselves to their racial betters.

The ungrateful employee in fact entrapped Devyani Khobragade because of the very contract. She conspired with US Delhi embassy staff, even before she left India, and far-right Christian organisations to prepare allegations about the violation of visa rules and payment below the minimum wage. It will likely transpire that the maid Sangeeta Richard’s total real income exceeded the so-called minimum wage when full account is taken of all non-monetary benefits. This includes free accommodation, food and healthcare provided by the GoI on behalf of the deputy consul general, the standard practice in relation to domestic helps accompanying diplomatic staff.

The sheer hypocrisy of the US administration, which thinks nothing of murdering tens of thousands abroad, making piquant claims about protecting its low-paid is beyond compare. This is a country where juries acquit murderers of innocent black teenagers, who happen to be walking down a street in which those who enjoy god’s grace reside. The poor and non white still endure a racist jackboot in the US and experience extreme privations, a country unable to abandon its slave-owning mentality.

Brutal punishment of diplomats for allegedly not paying the minimum wage in cash terms to their domestic staff cannot be the first priority for a country in which extreme poverty is widespread. However, an ambitious attorney of Indian origin, hostile to his country of birth and pitifully loyal to his adopted country, viewed it as an opportunity to advance his sordid career. This same defender of the poor did not see fit to prosecute the extremely well-connected executives of MF Global like Jon Corzine, for a brazen scam. But Uncle Tom, Barack Obama, has been exposed as someone with a very big heart when it comes to rich whites, the descendants of slave owners to whom he shows appropriate deference.

In May 2013 the Washington Post, one of the two relentless India-baiters, of the US media, the other being the New York Times, published the findings of a study by two Harvard sociologists on extreme poverty in the US. Edin and Shaefer estimate that in 2011, 1.65 million U.S. households fell below the $2 a day per person threshold in a given month. Those households included 3.55 million children, and accounted for 4.3 percent of all non-elderly households with children.

The researchers record, “Kathy and I were talking and she mentioned that she felt like she was going into more and more homes where there was really nothing in income,” he said. “They were surviving on food stamps or in some cases on nothing at all.”

The number of households in extreme poverty is 613,000 or 1.6 percent of non-elderly households with children (compared to 1.65 million and 4.3 percent without government handouts). Then again, there are limits to treating government handouts as equivalent to cash. As Shaefer said, “You can’t eat a housing subsidy.” These are families that have only US$ 2 per day for each individual, a far cry from the US$ 3.5 cash hourly wage, excluding other non-monetary benefits, the vicious Preetinder Singh Bharara authorized legalized rape to indict.

According to Preetinder Singh Bharara, the cash wage to which, the domestic Richards was entitled, for whom solicitude justified rape and almost breaking ties with India and irreparable damage, is in the region of US$ 48,000 per annum. Contrast this with the official US poverty line of US$ 11,720 per annum for an individual, US$ 14,937 for a two-person family and US$23,492 for a family of four (cf. Congressional Research Service, 2012). The number of US families below this official poverty line 2012 was over 46.5 million, yes, million. This would surely have merited a few strip and cavity searches, stretching from Capitol Hill to the White House!

The Congressional Report also highlights the wonderfully race-neutral poverty profile of the US. The incidence of poverty among African Americans and Hispanics exceeds that of whites by several times. In 2012, 27.2% of blacks (10.9 million) and 25.6% of Hispanics (13.6 million) had incomes below poverty, compared to 9.7% of non-Hispanic whites (18.9 million) and 11.7% of Asians (1.9 million). Although blacks represent only 12.9% of the total population, they make up 23.5% of the poor population; Hispanics, who represent 17.1% of the population, account for 29.3% of the poor. Apparently, being non European guarantees destitution for most non whites. For the rest, it is poverty in paid employment, with the likes of WalMart, whose employees depend on charity to survive. But it is WalMart that has been gifted India’s retail sector by the criminals of the UPA.

The disparity in wealth and income has been growing rapidly in the US during the past thirty years. One percent of the population now owns 35.4% of all private wealth; the next 19% own 53.5%, which means 20% of the US population owns 89% of its privately held wealth. The richest 1% of Americans also earns US$ 1,318,200 million per annum, compared to US$ 17,300 of the bottom 40%. A remarkable study by Norton and Ariely in 2010 found that Americans, regardless of income, age, gender and party affiliation, were woefully ignorant of the shockingly skewed distribution of income and wealth in their society, the most bountifully endowed and supposedly successful society in history for creating prosperity. Perhaps the idiot attorney sought to make a start remedying this offensive situation in the land blessed with the grace of the only god, by humiliating and subjecting a young mother, from humble origins that had fought her way up, to public humiliation and legalized rape. The shameful, besotted fascination this wretched country holds for India’s elites is likely to ensure she will be denied justice. How utterly dismal it is to be an Indian and be among them living to witness such a vile crime.

The analysis above may be academic if the Richards family turn out to be CIA assets and the assault against Devyani a diversionary tactic.