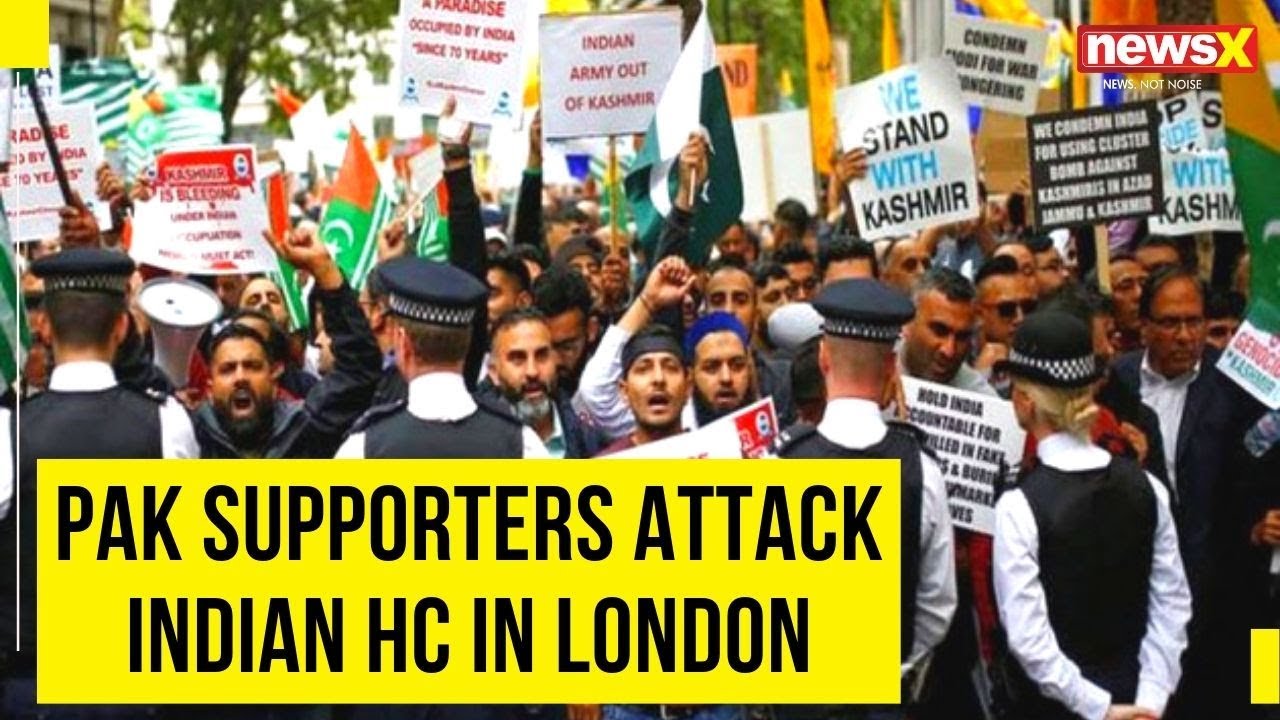 Dharmic communities in the UK are under unprecedented attack. The deep-seated racism endemic in British society has found sly new forms to express itself. The apparent racist animus towards Dharmic communities has been intensified in recent decades because their economic success has unsettled many white people, accustomed to the modest social status and deferential demeanour of the non-white Dharmic community. Remarkably, British Indians contribute 6 percent of UK national GDP though they are only 1.5% of the total population. Another startling statistic is the virtual absence of Hindus in the British prison population (354 in absolute number, approximately) compared to Muslims, who comprise one in six (15%) in prison despite only constituting around three million out of sixty million people in total.

All British political parties continue to show contempt towards the Dharmic communities and find Indian-origin collaborators to obscure the harsh reality of their racist treatment. The Indian-origin collaborators, recruited by political parties to insinuate their supposed moral rectitude, do not represent the Dharmic communities. Indeed, it would be remarkable to identify them defending any of their legitimate interests. On the contrary, they are on the forefront legitimising attacks on the Dharmic community. Despite their nominal non-white identity, cursory interrogation of the actual political and personal behaviour of politically active British politicians of Indian origin quickly underlines their role as agents of white authority. In fact, many of these Indian origin politicians in all political parties are reprehensible individuals, known for being utterly dishonourable and untrustworthy. The appalling conduct of MPs and members of the House of Lords of Indian origin, silent or complicit when the Dharmic community is under siege, is an emphatic reality and showing up hypocritically for Diwali celebrations doesn’t cut it.

One major reason for the failure of the Dharmic community to protect itself from egregious assaults on their faith and their vital interests, as witnessed by physical violence against them in London during August and September 2019, is its quite ghastly political leadership. They are mostly self-appointed, usually funded by Indian-origin businessmen, who are dependent on public contracts for survival, and their organisations corrupted owing to infiltration by the political authorities. It may be also surmised some of the so-called leaders of the Dharmic community are gathering intelligence on their own community for the authorities. None of the organisations seem to publish detailed accounts of the sources of the funding, a precise and truthful record of their engagements with the authorities and details of agendas in meetings they have held with them. In addition, most of these poorly-educated individual leaders display appalling ignorance of issues, as well as being shockingly incompetent and depressingly inarticulate. But they are determined to acts as agents of official authority in exchange for consideration, OBEs, MBEs and elevation to the House of Lords. All of a piece!

The wider reason for the parlous condition of the Dharmic community is their own failure to do the minimum to protect themselves. The very wealthy Indian-origin businessmen never donates to organisations fighting for the Dharmic community, but eagerly fund its critics in universities, who unfailingly curse all manifestations of Dharma. Their self-interested and counterproductive behaviour seems to stem from a default instinct of the successful of Indian-origin to ingratiate itself without self-respect and network to garner even more wealth, since no amount seems to be enough for them. The wider Indian-origin Dharmic community wallows in self-absorbed ignorance. It is apparently ecstatic to be able to afford a second-hand Mercedes car, own their own home and get their children into major universities to facilitate acquisition of even greater material gratification for the next generation. The need for a Dharmic moral compass has no place in their scheme of things though there are some who do strive to uphold Dharmic values despite difficult circumstances. Sadly, and shockingly, the one solitary and simple act of self-preservation they could engage in, while striving for that second hand Mercedes car and financial success, has eluded them for decades. They fail to register to vote and go out to cast their vote, which is the unavoidable prerequisite for wily politicians to pay any attention to them.

The price paid for the failures of the Indian-origin Dharmic community is for their women, children and old to be attacked while visiting the Indian High Commission to celebrate India’s Independence. And for the violence to be repeated again, within hardly two weeks, against the Indian diplomatic mission. In addition, there has also only been a pathetically feeble response to the Anglican church-sponsored demonization of Dharmic faiths that led to judicial interventionism through the courts on alleged caste discrimination in the UK. Virtually no credible evidence has been presented that such discrimination occurs in the UK though the media, quasi government institutions and Indian-origin pseudo-academic Quislings continue in attempts to manufacture such evidence. The insidious third attack on the Dharmic community, eagerly supported by its own disgraceful Labour Party politicians and members across the country, has been to jump on the laughable bandwagon of Islamophobia and pass resolutions prohibiting it, on pain of severe sanctions in local government districts. It seems national legislation is likely to eventually prohibit alleged Islamophobia, based on completely fictitious inventions, if the Labour Party forms the national government. It is already a reality in Islamised Scotland and there are no reasons to believe that a Tory administration will not also succumb to the propaganda in favour of such legislation, which is backed by implicit threats of a violent reaction on the ground if it does not happen. The Conservative members of the Muslim APPG, of parliament, often honoured guests at Dharmic events, are part of the shrill chorus on Islamophobia that will silence Dharmic communities most of all.

Islamophobic legislation threatens to repudiate India’s thousand-year genocidal experience of Islamic conquests and iconoclastic rule and this is already a reality with the shariah-complaint BBC and the British media. The BBC recently prevented the broadcast of a popular radio programme as Islamophobic because it wanted to tell the story of the life of the ninth Sikh Guru, Tegh Bahadur, because it decided repeating the known facts of his brutal torture and execution by an Islamic ruler, Aurangzeb, for refusing to convert. What the Dharmic community and its barely-educated self-appointed leaders, often in cahoots with politicians, haven’t realised is that legislation prohibiting alleged Islamophobia will impact them most of all. It is the Dharmic community that is the remaining survivor of Islamic conquests and forced conversions and it is their history that will become the controversial issue censored because other religious groups have already been erased and none have been left to protest. And being denied the right to tell the story of their grim historical experiences will become a key issue in all public discourse. They will not even be allowed to highlight the most recent histories of Islamic depredations, in East Pakistan during 1971, when hundreds of thousands of women and girls and women were held in rape camps and millions murdered by the Pakistani army, which gave unequivocal Islamic justification for doing so. Nor will they be allowed to mention the gruesome details of how the Kashmiri Pandits were expelled from their ancestral homes in 1990.

The Dharmic election manifesto requires, first and foremost, that the community registers in their tens of thousands to vote. And then to go out and vote. Unfortunately, voting for the Conservative Party is the lesser of the evils since the Labour Party is unequivocally Hinduphobic and effectively backs Pakistani violence against India for the conquest of Jammu and Kashmir. It is also a staunch supporter of the fraudulent legislative intervention on caste, which is a Church ploy to aid religious conversions in India. Once this legislation has been passed in the UK, it will spread across the world like a virus. The evident political strategy is to then pressurise India to accommodate minorities, including Christians, in reservation quotas by accusing it of violating equality provisions in international treaties, even the WTO. Once minorities are included in Indian reservation quotas the Hindu population, already near 50%, will collapse due to an avalanche of religious conversions to Christianity and Islam too. The Lib-Dems and the Green Party also support an immediate plebiscite in J&K and support both legislative proposals to prohibit alleged caste discrimination in the UK and outlaw criticism of Islam, by implementing injunctions against the fiction of Islamophobia. The Conservative Party is unworthy of the unreserved trust of the Dharmic community in the UK. It has not attempted to legislate to remove the fraudulent caste libel from the Equality Act of 2010. The government of Prime Minister, Boris Johnson and Home Secretary, Priti Patel, also failed to protect the Indian High Commission in London from attack on both occasions in August and September 2019 despite making solemn promises to ensure its sanctity after the first episode. But do remember that the demonstrators were mainly Islamist and Khalistani Labour supporters and politicians with Labour party affiliations. The Conservative Government of Boris Johnson also duplicitously sought to embarrass the Government of India at the UNSC meeting in New York in October 2019 over Kashmir. Yet, it remains the lesser of the evils of the British political offensive against the Dharmic community. But the community must first vote in the impending general elections and then hold their elected representatives to account. If they don’t vote no one will care.