The roots of the discourse on Communalism 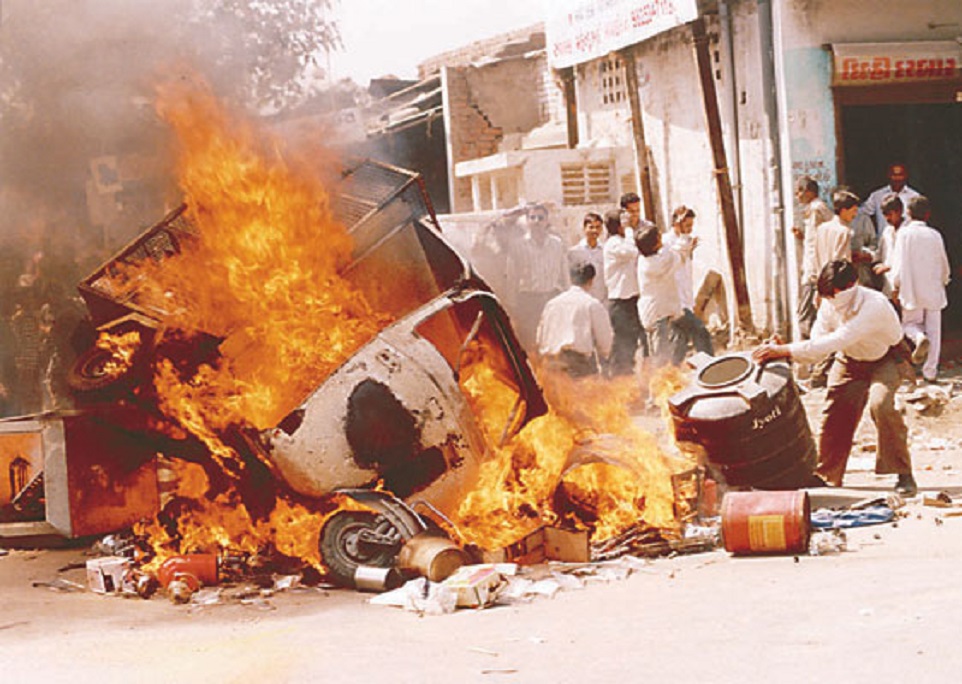 In times of communal carnage we see news channels beaming gory images and calling for shrill debates where in most cases less is achieved except straining tonsils. What is otherwise done is the majority is painted as the aggressors out to take the life of the hapless minorities. In case one attempts to look at the history of the communal carnage in India the secularists will scream ‘murder’ accusing such seekers of aggravating old wounds but they seem to forget the important adage of George Santayana ‘Those who forget the past are doomed to repeat it.’

But post 15 August 2014, when the present Prime Minister called for a moratorium on communal violence, we have heard certain sections of the media and academia now asking for a discourse on the history of communal carnage. Added to this discourse is the issue of Ghar Wapsi which our secularists believe will lead to robust Hindu revivalism causing more communal atrocities.

With that in mind let us attempt to see if we can get an idea about the history of communal riots in India with regard to Hindu revivalism. Many of our famed historians often accuse the programme of shuddhi launched by the Arya Samaj and the Hindu Mahasabha as the primary reasons for partition of India in 1947.

Some go further back and blame it on reformers and scholars like Bankim Chandra and Lala Lajpat Rai whose nationalism, in their view, led to the Muslims being provoked to demand a separate homeland. But what if one asks why Lajpat, Bankim et al promoted such views, the same historians retreat into derailing the debate. Although the British colonial era is showered with criticisms as the time for polarization, the preceding medieval era is talked of as a time of multiethnic bonhomie with some minor hostilities here and there. Let’s read what the renowned scholar Dr.Ambedkar had to say:

These Muslim invasions were not undertaken merely out of lust for loot or conquest…These invasions of India by Muslims were as much invasions of India as they were wars among the Muslims themselves. This fact has remained hidden because the invaders are all lumped together as Muslims without distinction. But as a matter of fact, they were Tartars, Afghans and Mongols. Muhammad of Ghazni was a Tartar, Mahommed of Ghori was an Afghan, Taimur was a Mongol, Babar was a Tartar, while Nadirshah and Ahmadshah Abdalli were Afghans. ..What is, however, important to bear in mind is that with all their internecine conflicts they were all united by one common objective and that was to destroy the Hindu faith….. Not infrequently, the slaughter of the Hindus gave a great setback to the indigenous culture of the Hindus….

Most of our secular scholars do not accept that when a nation loses its socio-political sovereignty, it is not long before the degeneration of culture sets in. With the onset of British imperialism, through negotiations as well by making use of their clerical positions, Hindus were attempting to assert their political power. And many reformers and scholars like PV Kane openly spoke of how centuries of Islamic rule have weakened India’s cultural vigour making way for degeneration.

However, the Muslim revivalists and leaders saw things differently. To them the medieval era was the ‘Golden Age’ for not just Indians but Asians at large because they were under Islamic rule. Now under the British, some looked forward to revive the much cherished and central goal of Islam: the ‘Dar-Ul-Islam.’ Consider this extract from the Urdu poet Allama Iqbal’s Shikwa:

No matter if my idiom is Indian, my spirit is that of Hijaz. [Hijaz is a region in the west of present-day Saudi Arabia known for the Islamic holy cities of Mecca and Medina.]

Iqbal  wrote eloquently and splendidly about the pain of the Muslims who once ruled the world from Europe to Asia but had become powerless down the years. He hoped for a Pan-Islamic renaissance. Whereas many leaders of the Muslim and Hindu community were aiming for a pan-Islamic and nationalist renaissance respectively, the ordinary followers were not much interested in debates and writings and preferred a show of strength to make a point.

Nowhere was this case more overt than during the 1920s at the peak of the Khilafat “struggle.” Even though the struggle was for the establishment of a pan-Islamic empire, the then secular leadership of the Congress under Mahatma Gandhi saw it as a necessity for Hindu-Muslim unity. It is this belief that famed novelist Sharat Chandra identified as unreasonable:

Another leader who was consistently unsettled about this unity project was the great Swami Shraddhananda because he witnessed in some of the Khilafat conferences, the Maulanas reciting verses of the Quran containing frequent references to jihad and the killing of kafirs. When Gandhiji opined that “they are alluding to the British bureaucracy,” Swamji warned that “when the revulsion of feeling came,” the Maulanas would not refrain from using those same verses against the Hindus.

And refrain they did not, when the failure of the Khilafat movement led to horrendous atrocities committed by the Moplah Muslims in Malabar, Kerala, against the Hindus. The Moplah Muslims saw Hindus as their enemies and unleashed terror upon them.

Instead of condemnation, the resolution passed by the Working Committee of the Congress on 16 January 1922 was careful to not hurt the feelings of the Muslims. The following extract from Dr. Ambedkar’s Pakistan or the partition of India speaks volumes about communal carnage of that era:

These are not the only things Mr. Gandhi has done to build up Hindu-Moslem unity. He has never called the Muslims to account even when they have been guilty of gross crimes against Hindus……It is a notorious fact that many prominent Hindus who had offended the religious susceptibilities of the Muslims either by their writings or by their part in the Shudhi movement have been murdered by some fanatic Musalmans. First to suffer was Swami Shradhanand, who was shot by Abdul Rashid on 23rd December 1926 when he was lying in his sick bed. This was followed by the murder of Lala Nanakchand, a prominent Arya Samajist of Delhi. Rajpal, the author of the Rangila Rasool, was stabbed by llamdin on 6th April 1929 while he was sitting in his shop. … This is, of course, a very short list and could be easily expanded. But whether the number of prominent Hindus killed by fanatic Muslims is large or small matters little. What matters is the attitude of those who count, towards these murderers. The murderers paid the penalty of law where law is enforced. The leading Moslems, however, never condemned these criminals. On the contrary, they were hailed as religious martyrs and agitation was carried on for clemency being shown to them. As anillustration of this attitude, one may refer to Mr. Barkat Alli, a Barrister of Lahore, who argued the appeal of Abdul Qayum. He went to the length of saying that Qayum was not guilty of murder of Nathuramal because his act was justifiable by the law of the Koran… But Mr. Gandhi has never protested against such murders. Not only have the Musalmans not condemned these outrages but even Mr. Gandhi has never called upon the leading Muslims to condemn them….Such an attitude can be explained only on the ground that Mr. Gandhi was anxious to preserve Hindu-Moslem unity and did not mind the murders of a few Hindus….. The blood-curdling atrocities committed by the Moplas in Malabar against the Hindus were indescribable. All over Southern India, a wave of horrified feeling had spread among the Hindus of every shade of opinion…… But Mr. Gandhi was so much obsessed by the necessity of establishing Hindu-Moslem unity that he was prepared to make light of the doings of the Moplas and the Khilafats who were congratulating them…

While speaking about Kashmir, our secularists weep over the plight of the Hurriyat advocates ignoring the twenty five year old, forced exile of Kashmiri Pandits. Even some time ago, when Kokhrajar in Assam was burning, Asaduddin Owaisi, an elected Member of Parliament spoke of the ‘third wave of communalism.’ The point to be noted here would be that the concerned MP was speaking in favor of the illegal Bangladeshi Muslim migrants whose increase in numbers has led to large scale polarization in key regions of Assam and West Bengal.

Yet, like Gandhiji in the past, contemporary secularists will go to any lengths to preserve their ‘Idea of India’ even if it means that a host of indigenous Indians need to lose their lands and lives; imitation indeed, is the best form of flattery. This then is at the root of public discourse on communalism in India. And this root is what enables the flowering of a million Newshour “debates.”