The Tashkent Files: A Review 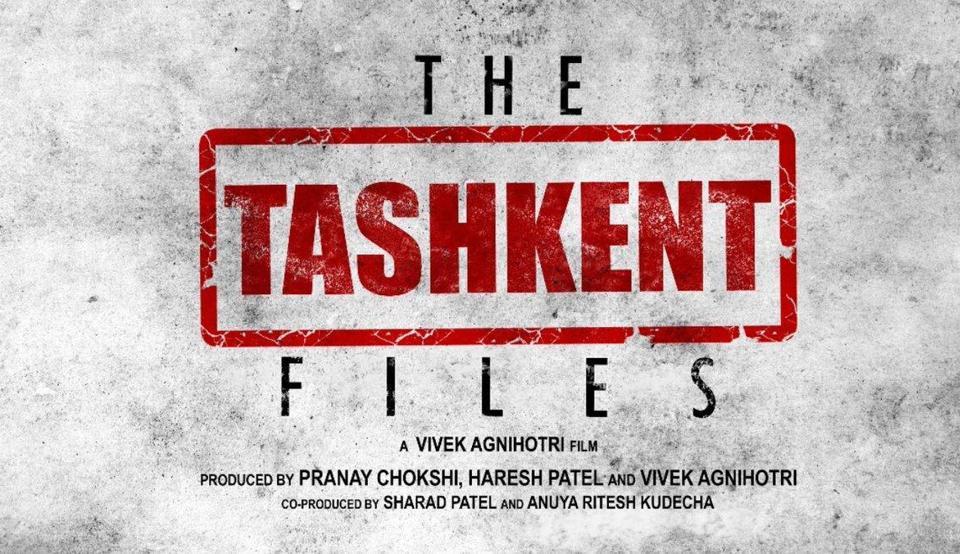 Last evening I was told by a colleague of mine that finally The Tashkent Files, Vivek Agnihotri’s latest feature film, has been cleared for a release and that it was being screened at one of the movie theatres in town. No sooner had he told me this than I called my wife and declared that we’ll be catching the show in two hours’ time. Thankfully, she agreed, and two premium seats were promptly booked online.

There was an expectation in the air that this film by Agnihotri as well as the Modi biopic featuring Vivek Oberoi were going to be released without any serious fuss, because the great left-leaning liberals of our country had been fairly successful at selling the idea that it’s always them who get to be selectively persecuted during the tenure of the BJP-led government at the Centre. But that was not to happen. Both films drew the ire of several constitutional institutions, and eventually the biopic on PM Modi was stalled – they’ve made sure that it doesn’t release until the elections get over. Likewise The Tashkent Files too saw high drama around its release, first getting blessed by the late PM Lal Bahadur Shastri’s family and then receiving a legal notice sent by one of the members of that same family. After a brief period of uncertainty around its release and much mudslinging from the usual suspects on the left, the film has finally seen the light of day (or of theatres) – and that gave me a sense of relief and satisfaction. Relief, because the people of our country are going to be more politically informed after watching the movie; and satisfaction, because the whole affair surrounding the release of these two films definitively punctures the left-liberals’ sole proprietorship on the victimhood narrative.

Anyway, we watched the film as planned and here’s what I felt about it:

The film had broadly two responsibilities to carry out. One, it had to furnish certain facts before its audience, facts which have hardly reached the general Indian public through mass media until now; and two, to deliver an aesthetically pleasing experience to the movie-going audience, because, it has been created as a feature film after all. The film has certainly failed in executing this second duty, while it has done an excellent job in accomplishing the first. Let me elaborate on each of these aspects separately.

Firstly on the aesthetic responsibility of the film and its makers. Since the film has been attempted as a feature, with all the requisite characteristics and ingredients of a feature film being present in it, for that reason alone the audience would be completely within their rights to expect and demand something which would please them. Do not mistake my use of the word ‘please’ as indicative of amusement or even the standard notions of Bollywood-style entertainment. No, that is definitely not the purport here. By ‘pleasing’ I wish to indicate aesthetic pleasure, which is a special kind of pleasure experienced by the partaker of art; and which has been defined and discussed by the likes of the sage Bharata Muni of Ancient India and the Ancient Greek philosopher Aristotle.

There’s a concept called ‘horizon of expectation’ (coined by the 20th century German scholar Hans Robert Jauss) in genology, or the study of literary/artistic genres, which says that a well-established genre provides us with a structure that evolves through the interventions of time and generations of the audience; and that structure helps the audience to understand what category should be assigned to a particular work of art or a text. This in turn helps the audience to judge the artistic/literary quality of the work or text. It certainly does not help anyone to confuse the audience by the employment of techniques from multiple genres within a single text, especially if both the content and intent of the text are focused on enlightening the audience about a darker segment of a country’s political history. Now, one is always free to use techniques from multiple genres and thus push the audience’s horizon of expectation further to some unknown territory, but that liberty often comes at the cost of artistic quality – especially when the execution of available material for the creation of the artwork/text is not done with sufficient skill and rigour. Compromising with the quality of an artwork or text is bound to be reflected in Box Office turnout as well as in the fulfilment of the larger purpose of sensitizing the audience about an issue at hand.

The Tashkent Files, which implicitly claims (by way of its presentational and narrative styles) its generic category as a mystery drama feature film, has pulled off neither a House of Cards-style mystery drama nor a racy documentary à la Wild Wild Country. And yet it had the potential to find itself in either class. It had all the ingredients present in it for being made into a classic docudrama. But it failed to do that either. Dramatization of historical events through the cinematic mode, interspersed with archival documents and interviews of real people associated with those events, can create great anticipation and curiosity in the spectator’s mind. Together, the anticipation and the curiosity thus created allow the audience to come face-to-face with its own scepticism, apprehensions and legitimate anger related to those events and resulting from their portrayal in the film, if sustained throughout the film. This gives the audience a chance to master their negative emotions, either pre-existing or resultant of watching the film, with a degree of detachment from them. This psychological process has been termed as catharsis by Aristotle and as Rasa-niṣpatti by Bharata Muni, and this is what I have previously referred to as ‘a special kind of pleasure’. It elevates the audience watching a text like a film or a performance, and it empowers them to catch a glimpse of the transcendental bliss or ānanda. No doubt the rasa-s were present in Agnihotri’s film, but the niṣpatti never happened.

Now let’s turn to the second aspect of the film, that of its purpose of informing the audience about certain facts which were hitherto deliberately kept obscured by successive governments at the centre. The facts in this regard were superbly put into perspective during several discrete spells of narrative brilliance. Starting from the raising of legitimate doubts to giving proper references of related archival material and published documents in the form of books and official reports to presenting a systematic chronology of the events as they have unfolded throughout the history of modern, post-partition India – the makers of the film have not left any gap in rigorously following research methodology. Being a doctoral researcher myself – one who had to write coursework exams consisting of several papers on research methodology not very long ago – at several junctures while watching the film I got the feeling that the story and the script have definitely been prepared with the help of such persons as those familiar with research methodology, so much so that the film can easily be used as part of study material in a Research Methodology 101 course as part of MPhil/PhD coursework. This had set the tone of the film at a very serious note, which kept getting interrupted by the quite unnecessary and at times atrocious refrain “sab chalta hai”, shrieked out at the top of the hapless singer’s voice. Apart from the score applied in the opening scenes and during credits, the music of the film has been quite disappointing, it must be admitted.

Despite all the melodrama and poor show of acting, the film has done something crucial: it has laid bare the skeletons of what appears more and more like a hastily buried conspiracy as one continues to consider the evidences still available from various government and private sources. It was also important for the Indian public to know the key individuals who played pivotal roles in events taking place at that time. The film has meticulously done that, while at the same time showing reasonable restraint, prudence and civility by whitewashing a few others. But that very act of whitewashing has been enough to whet the interest and intrigue of the curious, intelligent spectator sitting among the audience.

Credit must be given where it is due, and the principal point worthy of credit in this film is its bold choice of a highly controversial subject. By deciding to make a film on the Late Prime Minister’s mysterious death, the makers of The Tashkent Files have shown a kind of courage which is near-extinct in contemporary Indian cinema (and when I say this, it’s not just Bollywood that I have in mind). This boldness alone is capable of vindicating the film and its makers of the accusation of purposive timing by the left-liberal quarters. As if reminding the booth-bound voters of the sinister elements of certain political parties and of historical injustices done to the Late PM Shastri, his bereaved family and millions of his admirers in India and abroad is some kind of a sin! Of course, helping people identify the beneficiaries of the Late PM’s death by putting all the pieces of an unsolved puzzle together must be a sin in the eyes of scions of The Dynasty and its sycophantic followers.

There have been articles and books, written by several individuals and interests in the past, on the subject of the Late PM Shastri’s mysterious death in Tashkent. But at the same time, so far there has been a glaring and shameful gap in the form of lack of coverage of this earth-shattering episode of modern India’s political history in any of the several popular modes of media. This gap has been pivotal in maintaining the status quo and in pushing the matter into relative oblivion. For it can’t be denied that without availing one of the popular modes of dissemination, such as cinema, public memory cannot be easily taken out of its stupor. Therefore it can be said with considerable faith that by choosing the medium of film, Agnihotri’s The Tashkent Files has made a very important attempt at plugging that large gap in communication. Patriotic Indians, admirers of the hero that the Late PM truly was, were always in the need of something like this which would give them a chance to raise important questions and hopefully, in near future, to unravel the unsolved mysteries around his death. The film can certainly claim the glory of being the first of its kind in breaking the icy silence surrounding this most intriguing episode of modern Indian history, and of sowing the seeds of reasonable doubt and unease in the collective consciousness of India.

Sreejit Datta is an educator, researcher and social commentator on subjects critical to rediscovering and rekindling Indic consciousness in a postmodern, neoliberal world. He is a fellow of the Rajeev Circle Scholars (RCS) Program ). Sreejit is a poet, translator, and a trained musician. Blogs: https://medium.com/@SreejitDatta | http://chadpur.blogspot.in/