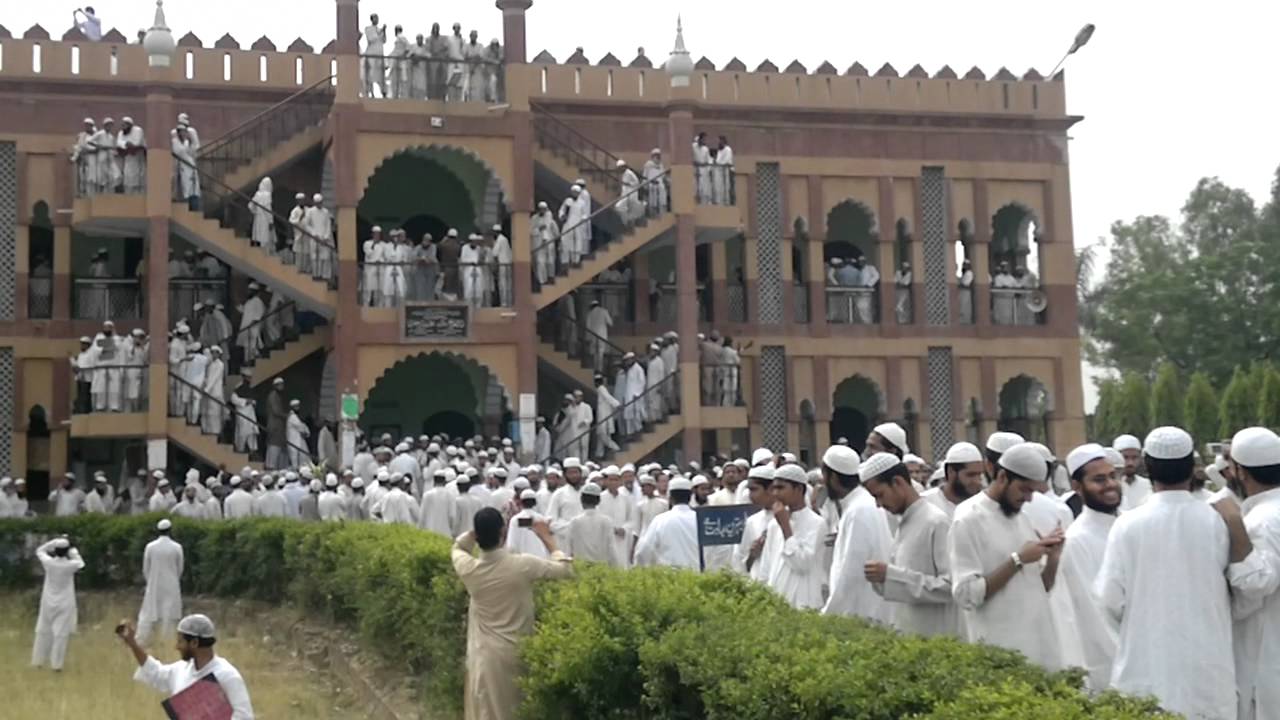 Not long ago, Darul Uloom Deoband issued an edict (fatwa) declaring its ideological offshoot—Tablighi Jama’at—as “misguided”, “preacher of perverted views” and “misinterpreter of Quran and Hadith”. It has even banned the Jama’at from conducting its Tablighi activities inside campus of the seminary as reported in the Urdu dailies on August 10. Thus, the Deoband seminary had tried to convey a message that it was now endeavoring to progress on the constructive lines. But to our utter surprise, the seminary’s authorities—ulema and muftis (those who issue the edict) — seem to have no different opinions. With every new bizarre fatwa they pass, they just show that they harbor the same retrogressive ideas and thoughts that are commonly preached by the Tablighi proselytes.

The ulema of Deoband have long been issuing retrogressive fatwas and irrelevant theological edicts that make a mockery of the daily Muslim life. Yet again, they have come up with an irrelevant fatwa forbidding Muslim men and women from posting their or their families’ photographs on social media sites. The fatwa has been issued on Wednesday by the Deoband seminary in Saharanpur after a man approached it recently asking if posting photos on social media sites was allowed in the Islamic Shariah.

In fact, such Fatwas relying on the medieval and misconstrued texts of the Islamic theology put the present-day Muslims to collective disgrace and cynicism. They actually cause greater defamation to Islam than the Islamophobic conspiracies bred by the outside vested interests. And this is also one of the reasons behind the stereotyped image of the Muslims in the wider world.

Earlier, the Deoband’s Darul Ifta (the fatwa-issuing department) decreed that women should be prohibited from going to the beauty parlours, plucking, trimming, shaping their eyebrows and cutting hair. The ulema of Deobnad termed all these activities as “against the tenets of Islam”. Head of the Darul Ifta, Mufti Arshad Faruqi stated that grooming the eyebrow to look beautiful is “against the tenets of Islam”. He said in his fatwa: “They (women) can trim the eyebrows if they have grown too long but doing it for the purpose of looking beautiful is un-Islamic. The same is expected from men too”. Surprisingly, many other Deoband clerics in Saharanpur endorsed the fatwa. Maulana Lutfur Rehman Sadiq Qasmi said: “Women visiting beauty parlours are sinful. This fatwa makes it clear that they shouldn’t do anything externally to look beautiful”, as reported in The Telegraph.

One wonders if the ulema of Deoband are still stuck in the medieval age and are completely out of sync with the modern scientific advancements. While other religious communities in the world are grappling with vital social, cultural and geopolitical issues, the medieval-minded ulema and ‘puritanical’ Islamic clergy continue to woo the Muslims in India through the theological polemics which are patently out of date. Their regressive clerical decrees only reinforce the deeply entrenched perception that Muslims are not open to progressive and fresh thoughts.

Apparently, the Deoband’s darul ifta has been on the lookout for the media limelight through the display of its absurd fatwas.  In the past years, it was particularly in the media limelight as it passed a fatwa against the chanting of the nationalist slogans ‘Jan Gan Man’, ‘Vande Matram’, and ‘Bharat Mata Ki Jai’, which turned a politically charged issue at that time.

Given the unceasing fatwa trend in the clerical circle, it is important to trace the history of fatwa culture in the Indian subcontinent. An objective debate on the institution of Fatwa and muftis’ position in Islam is highly required.

While the Qur’an always exhorts reasoning and questioning over blind faith in the man-made theology, the ordinary practitioners of Islam do need proper guidance and consultation in matters of the religion. But at the same time, Indian Muslims need to ask the crucial question as to why India’s age-old, traditional spiritual Islam is losing its essence to the trail of Saudi-Wahhabi fatwa culture. It was in Saudi Arabia where a permanent committee for fatwa-issuing was launched, for the first time, by the kingdom’s clerics to issue the Islamic decrees and to advise the Saudi kings on religious matters. Nearly 21 Saudi Shaikhs and paid muftis were appointed, on lucrative salaries, by the theocratic government of the then King Fahd. According to a research work by Sadaqat Qadri, the Saudi muftis exported their views to as many as 80 percent of the non-Arab Muslims across the globe. Qadri writes in his book “Heaven on Earth: A Journey Through Shari’a Law from the Deserts of Ancient Arabia”: “They (Saudi clergy) reintroduced the advice of trained scholars to many Muslims who had turned to do-it-yourself religious interpretation, but also changed the nature of fatwa advice giving, which had traditionally been local and so relatively confidential and conditioned by customs.”

Ironically, there is no dearth of “online fatwa” services and websites today that transmit the Saudi fatwas to the non-Arab Muslim societies, particularly in the Indian subcontinent, regardless of their local contexts, customs, cultures and national ethos. Such pronouncements can be stumbled upon the online fatwa portals such as IslamQA.info, fatwa-online.com, and AskImam.org and many more. Scores of Indian Maulvis are treading the path of the Saudi-Wahhabi muftis in running the online fatwa factories. This is a daunting challenge that Indian Muslims face in the wake of every fatwa of this nature. Therefore, we need to directly challenge the ideological infringement on our free religious rights that our Constitution confers upon all Indians. The right to profess and practice one’s religion with his/her Indian social and cultural ethos — which is the essence of  Article 25 in the Indian Constitution — is basically the point to be discussed and safeguarded in the Muslim community in India. The misplaced clergy in the Indian Muslim society like the muftis of Deoband are antithetical to this universal right. They are trying to denying it not only to the adherents of other religions living in the Muslim countries, but also to the Indian Muslims practicing Islam well-embedded in the country’s composite culture. The notorious Islamist televangelists and muftis in India often give unsolicited “fatwas” in the name of “appeal” to the Indian Muslim masses. Remember how the 46 maulvis of Assam signed a pamphlet, which they claimed was not an Islamic jurisprudential decree (fatwa) but only an appeal, against the young Muslim singer Nahid Afrin. Even if they considered it an ‘ethical appeal’, and not a fatwa, how could the 46 maulvis be justified in invoking the “wrath of Allah” on Afrin and warning against that “her parents will not enter paradise” because of her “sinful act”?

At this critical juncture, the well-established Islamic jurists (Faqihs) who have nuanced understanding of the Muslim religious affairs require an honest introspection. They cannot overlook the deplorable threat of the fanatic fatwas that looms large in India scaring a sizable section of the Muslim community. But the fact that most of the Islamic scholars don’t reflect on this deeper ideological crisis in the community is more appalling. Without brainstorming the effective ways to end this theological dilemma, the Muslim community’s socio-cultural development and integrity will remain merely a mirage. This situation calls for the Islamic clergy’s serious engagement in broadening a theological worldview incorporating the progressive Islamic traditions in full harmony with the established scientific advancements. Regrettably, while other faith leaders have opened their doors to fresh scientific ideas, Muslim theologians are still lacking the logical progression in their socio-religious thoughts.