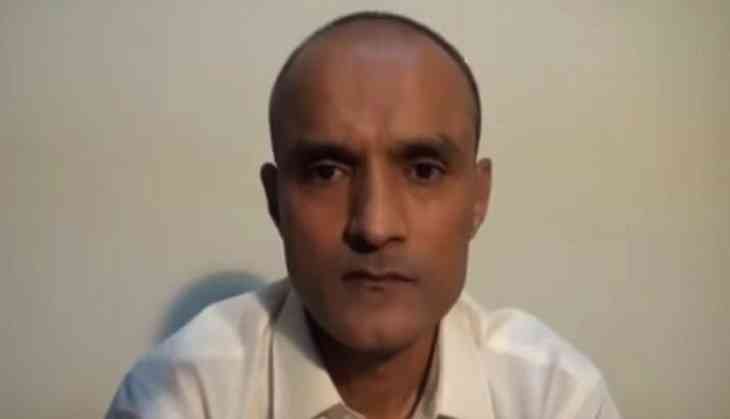 A few days ago, Pakistan kidnapped a retired Indian Navy officer Kulbhushan Jadhav from Iran and has tried to brand him as a spy. The case is now in the Supreme Court of Pakistan. On one side, Pakistan has caught an old Navy officer in the name of spying, while on the other hand Pakistan is involved in much breaking India activities on the Indian Territory in a much larger scale. We all know that terrorism is increasing in the world and Islamic state is spreading their nefarious ideas in the Middle East. It is an alarming situation for India because it is one of the most populous country and contains second largest Muslim population in the world. The situation is alarming because Islamic state is trying to radicalize Muslim youth by sending their preachers to all countries. From, America to Europe whole world is facing this problem of terrorism because of radicalization of youngsters of a certain community.

Now, why is the situation in India is alarming? The answer comes from the recent events in our Rajya Sabha. Renowned intellectual, MP and BJP Vice president, Dr Vinay Sahasrabuddhe has asked these questions in the Rajya Sabha related to overstaying of Pakistani and Bangladeshi tourists and the answer given by Minister Kiren Rijiju is shocking. I am sharing these questions and answers in this article to show you why these figures are shocking:

Answer given by minister of state in the ministry of home affairs:

(a) The number of visas issued under various categories to Pakistan and Bangladesh nationals during the years 2014 and 2015 are as follows:

Our soldiers are fighting hard in the borders to stop Pakistani and Bangladeshi infiltration. On the one hand, these soldiers are guarding our borders sacrificing their lives and families, while on the other hand more than 50,000 infiltrators have entered in India through Visa and have absconded. Now, no one knows their intentions and, their locations cannot be traced. It is a big security concern for our nation which was rightly raised by Dr Vinay Sahasrabuddhe in Rajya Sabha. The Government is looking prominent into fighting terrorism and they are doing great work in securing our borders, but they also need to look into this matter seriously because we cannot ignore the possibility that some of these infiltrators could be terrorists or spies.

As published in the book ‘Pakistan’s Network of terror in India’ by SK Ghosh, two lakh Pakistani nationals visit India every year. Many among them go underground and settle down in India unnoticed. There has been a good deal of laxity on the part of our police and security staff in this regard. In some cases, ISI uses the underground Pakistanis as its agents. Passengers of Thar express, which comes from Pakistan should be checked thoroughly and there is a need to increase number and efficiency of custom officers who check the passengers of Thar express at Munabao station. Pakistani’s indulge in activities that are linked to Pakistan’s game plan of expanding its activities into cities and towns. It is not that all are involves in subversive activities. But ISI agents blackmail these persons to act as couriers and informers. More and more Pakistanis, who initially come to India as bonafide visitors are eventually signing up with subversive organizations.

The arrest and interrogation of ISI agents from Pakistan operating in different parts of India, over the years, have revealed that with the help of fundamentalist Muslim organizations, mushrooming in the country, hundreds of Indian Muslim youth have been recruited, trained in Pakistan, POK, and the neighboring Bangladesh and employed by the ISI for the purpose of spreading terrorism in India. These Indian Muslim youth are mostly from riot torn areas. They are illiterate, unemployed and come from poor families, mostly from cities. Not much is known about the number of such recruits, employed as they are as street children and live in dark and dingy ghettos.

Nearly 3000 madrasas affiliated to the country’s largest Islamic seminary, Darul Uloom, Deoband, have decided to shun any government aid for modernisation and to stay away from modern teaching- “We are not in favour of mixing religious teachings with modern teachings. We are devoted fully to religious teachings. We are for ‘deen ka ilm’ and ‘deen ki hifazat’ (religious teachings and protection of religion). For other modern subjects, there are other institutions,” Nomani told The Indian Express on Wednesday. From where, this type of Arabisation and fundamentalism is coming in the minds of Indian minority institutions? This needs to be checked by security agencies to save our minority youths from being radicalized.

It is not just the activities the Pakistani visitors are indulging in that should be a cause for worry. What the ministers of home and external affairs need to put their heads together on now is the ease with which the VISA holders manage to give the police a slip. Both Pakistan and India, grant only city specific VISA to each other’s nationals, who are required to report to the Foreigner’s Registration office within 24 hours of their arrival. They also have to inform the authorities of any onward journey to another city 24 hours before the departure. Yet, Pakistani visitors manage to overstay and even go underground. In several cases, they are arrested from places, often sensitive border area like Jaisalmer and Barmer, which are not mentioned on their Visas.

Examples of some incidents of espionage in India:

December 27, 2015: A Revenue Inspector, identified as Birbal Khan was arrested on charges of spying for Pakistan. Sources told there is possibility of a ‘huge network of Inter-Services Intelligence (ISI) spies’ being neutralised, adding that more arrests are likely in coming days. The youth detained on was taking photographs of the preparations of the Indian Air Force’s soon-to-be-held Iron Fist exercise at the highly sensitive Chandan field firing range in Jaisalmer. He was also clicking photographs of other sensitive areas nearby.

February 25, 2013: The computer-savvy Sumer Khan was arrested near Pokhran’s Chandan firing range in Jaisalmer  for passing on information on the airbase of the Indian Air. During interrogation Khan, who was allegedly passing on information to Pakistan for the past three years, is believed to have told the investigators that he was getting classified documents from Surendra posted with the foreign desk’s dispatch section of the Union home ministry.

Khan was caught after his calls and e-mails to Pakistan were intercepted by intelligence sleuths.

A native of Karmu-ki-Dhani, a hamlet close to the Chandan airbase, he also kept track of army movements in the range and had visited Pakistan in 2011 and 2012. He was trained in identifying vehicles and war planes.

March 26, 2016: At least 35 Pakistani nationals were held by the Rajasthan Police for having incomplete documents in Ramdevra District.

The list is long but these are few examples which can prove that the situation is alarming in India and we need to handle it with care and precision. The home ministry statement given in Rajya Sabha while replying to the question of Dr Vinay P. Sahasrabuddhe is:

There is no doubt that incumbent government is taking necessary measures to stop infiltration and fighting terrorism, but government should also train the population of border areas to identify and catch these infiltrators. The people, by and large are not aware of the ISI and its modus operandi. Education of local people is of urgent necessity and this must be arranged in every city and town, big and small, throughout the country. Good intelligence can prevent many deaths.