Three Years of Modi Government: Achievements, Failures And The Road Ahead 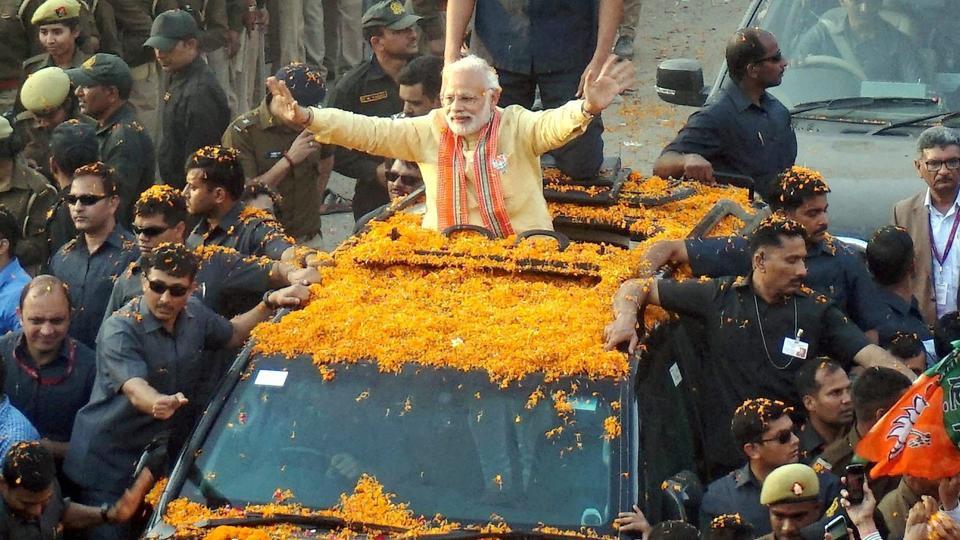 It has been 3 years since the Modi lead BJP government came to power in May 2014 and India is going through an interesting phase of transition and aspirations. Most of the reports that have come in the media are either extremely black or magnificently white. Today, on the completion of 3 years of BJP in power let us find our way through the shades of grey and analyze objectively the performance of the Modi government.

It would not be a hyperbole to say that the Narendra Modi led BJP government is one of the most hardworking governments that have taken charge of the country. Apparently, it cannot be said that all government schemes have succeeded, but many schemes have been effective and others have raised hopes of following suit.

When Modi took charge, what he got in heritage was a bureaucracy suffering from inaction and almost empty coffers ailing from scandals and scams. There existed an atmosphere of frustration and disappointment throughout the country. Perhaps that is why the BJP under Modi in the 2014 general elections received an unprecedented mandate.

Let us take a look at the government schemes which have been successful in realizing the slogan of ‘acche din’; a slogan that played a major role in bringing the BJP to power.

Most people think that the Modi government has given freedom to the Indian army to function and it has managed to keep Pakistan under control. Of course, just a solitary strike is not sufficient and people are expecting more such strikes, but still they agree that it is a lesson for Pakistan.

The recent video released by the Indian army in which it is evident that guided Indian missiles in the Naushera sector have destroyed several Pakistani bunkers and the follow up statement of Defense Minister, Arun Jaitley that ‘military solutions have to be given by military officers, not by political commentary’ have served as a healing touch to placate the roiling emotions of the nation.

The Narendra Modi government built 21 km of roads per day in 2016-17, missing its ambitious target of constructing 41 km every day. Despite that, this is an all-time highest figure achieved by the ministry which is almost twice the rate at which the roads were built during the time of the UPA government. Between 2009 and 2014, on an average 6 km to 9 km of roads were built per day.

Increase in tax collection after demonetization

After demonetization the government has claimed that the increase in the number of taxpayers has been more than 90 lakh. A lot of undiscovered money trails have also come under the radar of the security agencies, the ED and the Income Tax department, which will help in revealing a lot of black money.

Direct taxes have registered 12 percent growth. Indirect taxes have also grown by 25 percent as per the government. The people of India also seem to be standing strongly with the government on the issue of demonetization. Their assent is also reflected in the results of the recent assembly elections.

PM Modi launched a cleanliness campaign in the country which is one of his pet projects, the Swachh Bharat Abhiyan. The PM appealed to the celebrities of every region to lead it. The effect is that the Swachh Bharat campaign has become the largest cleaning campaign of the nation till now.

The critics of this scheme have to understand that the government alone cannot clean the entire country through some magic wand. The positive aspect of this cleanliness drive is that it has increased the awareness among the people about cleanliness. Once this awareness is instilled in an entire generation, the change will begin to be visible on its own.

Successful blunting of the effect of ISIS on India

There are few countries which can boast of their insularity from ISIS. India is one of the few countries which have been quite successful in curbing the growth of sleeper cells of the ISIS. Not only this, the Indian security agencies have been cautious in breaking out the efforts of ISIS of executing terror activities and radicalizing of Indian Muslim youth. For this, the government under the leadership of Home Minister Rajnath Singh has also coordinated with the Maulvis to keep the Muslim youth informed and educated.

The people of India will get to know about all these achievements and many more as the Modi government is all set to celebrate MODIFEST on the completion of its 3 years in power. The BJP leaders and workers will make the people aware of the development programs of the NDA government from May 26 to June 15. These celebrations will take place in 900 cities all across the country.

Having said all of the above, the Modi government after 3 years in power has not secured 10 on 10 in its report card by any stretch of imagination. Some issues such as foreign policy, unemployment, social unrest both due to internal and external miscreants, etc. demand immediate attention.

The biggest challenge ahead of the government is of generating employment opportunities.  Discontent among people has been simmering due to immense insufficiency of jobs. PM Modi in a political rally in 2013 had promised to create 1 crore jobs every year. On the contrary, job creation in 2017 is at the lowest rate in 8 years. Under Modi, only 1,35,000 jobs were created in 2015 and around 2 lakh jobs in 2016. There have been reports of additional job cuts in the I.T. sector. Experts say that there is a possibility of retrenchment of 2 lakh jobs per year for the next 3 years in the I.T. sector.

When PM Modi came to power in May 2014, manufacturing was at an all-time low at around 14 percent of the GDP. The land acquisition norms made it difficult to set up new factories. Cheap imports from China had further dampened domestic production. After the Modi government assumed power, it launched the ‘Make in India’ campaign in September 2014 to revive indigenous manufacturing with the objective of improving India’s ranking in the ease of doing business and to give a push to the investments from foreign countries. In November 2015, the government further slacked up FDI rules in 15 sectors to realize the same.

The country still ranked a low 130th in the World Bank’s ease of doing business rankings in October 2016. A few manufacturing firms such as General Motors closed down on falling commodity prices, uncertainty in a demand revival, or as part of general consolidation of operations. Hence, there are no two ways about the proposition that the ‘Make in India’ campaign has not reached anywhere near in realizing its coveted objective.

Kasmir valley on the boil again

Kashmir has always been a canker, for the governments in power and the incumbent Modi government is no exception. The recent unrest reminds many of the nightmares of 90s, when the Valley witnessed a turbulent time with the uprising of Kashmiri youth. Even school-going boys and girls can be seen hurling stones at security forces. These disturbing developments pose a question on the validity of both the central government and the BJP-PDP led government.

Clampdown on the hard core separatists is fine as a short term method but at the same time de-doctrinisation, de-radicalisation of the youth through education system is also needed, this will decrease the intensity of the problem in next 10 to 15 years. The idea is to streamline the Kashmiris with the rest of India.

The ambitious Union government project to clean the sacred river of Ganga is gravely lagging behind its schedule. After being elected to the Parliament from Varanasi in May 2014, Prime Minister Modi took a step towards cleaning the Ganga by launching the Namami Gange Yojana and for it, huge amount of funds have been given. A whooping 2,958 crore rupees have been spent till now on the Ganga cleaning project with almost negligible results visible on the ground. Ministry of Water resources working under Uma Bharti is one of the lowest rated ministries in terms of its operational outputs.

The problem of NPA’s of the previous government has persisted in this term of Modi as well. This has caused the entire banking sector to come to a standstill. The result of this is that new loans for investment have choked and the export is also falling. After Vijay Malaya escaped to London, with a humongous debt of 9000 crores, the public sentiment has further taken a hit. This problem needs to be sorted big time now.

The road ahead for the BJP and the Modi government

The duo of Narendra Modi and Amit Shah are writing a new definition of election campaigning through their consummate skills and industriousness. The other political parties are trying hard to catch up but with little success. Currently, the majority of the nation is painted in bhagwa. In 13 of the 29 states, BJP has a government, either independently or in coalition. About 58 per cent of the total population of the entire country is ruled by BJP and its alliance.

The downfall of the Congress in the recent years has also aided the upsurge of the BJP. The Congress under the leadership of Rahul Gandhi is presently going through one of its deepest troughs after being reduced to 44 seats in the 2014 Lok Sabha polls. Since then, the oldest party of India has lost assembly elections in the states of Andhra Pradesh, Assam, Haryana, Jammu and Kashmir, Jharkhand, Kerala, Maharashtra and Uttarakhand. The gist is, if the Opposition succeeds in putting its act together, we can expect a resistance of some sort, otherwise it seems quite probable that the history might repeat itself in the 2019 general elections.

At the same time, amidst all pomp and show of its 3 years in power, the Modi government must also bear in mind that no magnitude of work is ‘enough’ for the government. Making the public aware of what has been done is fine but manifold work still needs to be done and the government under the leadership of PM Modi has to work incessantly if it has to take India to the heights of glory.

The author is a graduate in political science and English literature.