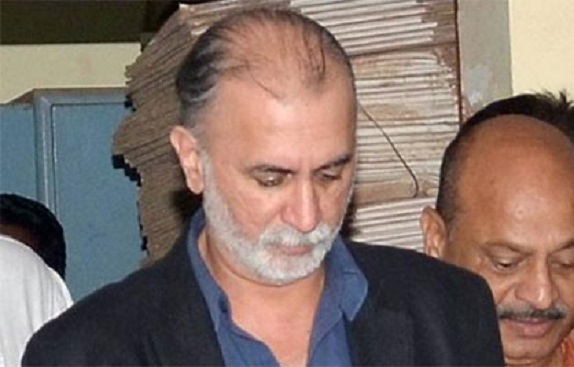 In the mid-nineteen sixties, the British political scenario was rocked by the infamous Profumo affair in which John Profumo, the then conservative British defence minister had to resign due to his supposed affair with Christine Keeler, an alleged KGB mole. The widespread negative reaction the controversy elicited ensured the end of Profumo’s political career.

Profumo spent the next forty years in a home for the poor in London’s East End, where he did volunteer services for the community including washing dishes and cleaning toilets and asked for nothing in return. This act of his went to show the degree of remorse he felt for getting involved with Keeler. Like the principles enshrined in humanist ethics there was a hope for him of getting redeemed. And redemption is exactly what happened as narrated in this extract from Peggy Noonan’s essay:

Nothing quite said what needed saying like what happened at Margaret Thatcher’s 70th birthday party, in 1995. To show their countrymen what he’d (Profumo) done—and what they thought of what he’d done—they invited him, walked him through, and put him in a particular place. They seated him next to the queen. ……

When news was splashed all over the pages of the world’s largest selling English  daily, the Times of India that it were organizing the Times Literary Festival, and that one of the Chief Invitees was the disgraced rape-accused founder and editor of Tehelka, Tarun Tejpal as one of the panelists, I was instantly reminded of Profumo. Any alliterative similarities are purely figments of the readers’ imagination.

Anyway, so I marvelled at the different treatment in which both personalities were treated: whereas Profumo was clearly involved in a consensual affair, he accepted the error of his judgment, and banished himself from the world of politics, choosing to spend his life as a community volunteer.

In contrast, Tarun Tejpal initially tried to ward off the accusation by claiming that he was being framed by the BJP administration in Goa, and when that failed, the man shamelessly attempted to paint himself as the victim. In a letter to Tehelka managing editor Shoma Chaudhary back then, Tejpal wrote:

And when I recall this self-absolving “letter,” I realize there’s only one way to respond: the blunt way.

Sleazy. Self-righteous. Insensitive. Check the synonyms for each of these words. They are all synonymous with Tarun Tejpal. Except that these synonyms were enough to convince the bleeding hearts at the TOI Lifest. Indeed, Tejpal’s so-called apology seems to have worked wonders with the organizers of the TOI Litfest and they decided to be the redeemers of this disgraced, ponytailed excuse for a journalist .

But then, it is not surprising because Tejpal was one of the ardent torchbearers and defenders of Indian secularism that recently culminated in the Burdwan blasts. How can we forget that it was the same Tarun Tejpal who spun the story that the 2002 Godhra train burning was a retaliation against the passengers  molesting a young Muslim girl who working as tea vendor. In Tejpal’s words:

I mean, our investigation reveals that what seems to have happened is that on the railway station at Godhra, there was an altercation between the pilgrims and Muslim hawkers who were selling their wares on the platform. And there was, it seems an attempt to abduct a young Muslim girl by these pilgrims. Then, in the course of it, altercation. Then, when the train leaves the station, it seems somebody pulls the chain to stop the train, and Muslim mobs from the adjoining slums arrive in large numbers and attack that particular buggy. And in the course of this entire assault, the buggy gets burned down, tragically killing these fifty-nine pilgrims.

This fantastic piece of fiction was supplemented with reports done by…Tehelka! which spoke of a pregnant Muslim woman’s belly being slit open by Hindu rioters.  And since the accusation was against a sitting BJP government in Gujarat, the secular media hailed Tejpal as a secularist and courageous fighter par excellence.

The pregnant-belly-slit-open fiction was indeed the Tehelka version of the concocted story devised by “Genocide Suzie,” Arundhati Roy—whose God of Small Things Tejpal’s publishing house, IndiaInk published—whose mellifluous prose had gone a step ahead and claimed that it was not the pregnant belly that was slit, but that a foetus was ripped.

Isn’t this enough for the bleeding hearts at the TOI Litfest to invite this unfairly, BJP-victimized secular fighter…I mean, he’s the one who in his own words had ‘a bad lapse of judgment, an awful misreading of the situation?’  I mean, which true-blue secularist is actually that honest to admit his/her mistakes so openly, in writing, in email?  It’s another matter that victim Tejpal’s Lift-victim was the daughter of his former Outlook colleague.

Except that his lapse of judgment lapsed in ways he didn’t anticipate thanks to social media. Hell broke loose. And the event is still fresh in memory. So we’ll leave it at that.

But then no amount of plumbing is low enough in the world of secularism. Operation Resuscitate Tarun Tejpal was launched. It was branded the TOI LitFest. Except that it backfired very quickly. Thanks mainly to veteran journalist and columnist Swapan Dasgupta whose integrity needs to be lauded. Equally so, with Nation-wants-to-Know Arnab Goswami who opted out of the so-called festival.

The Tejpal mouth-to-mouth resuscitators were reluctantly forced to drop Tarun Tejpal from the panel. Yet, the plumbing plumbed even lower. They were fuming and unhappy that public opinion forced them to drop Tejpal. Sample this tweet from a TOI veteran:

If the Profumo affair is rewritten in this specific context, then Tarun Tejpal (who unlike John Profumo was not involved in a consensual affair) should banish himself from the normal world of decent people forever. Maybe then we’d recover the true meaning of the word “laceration.”