Tips for the Salman Khan-obsessed media 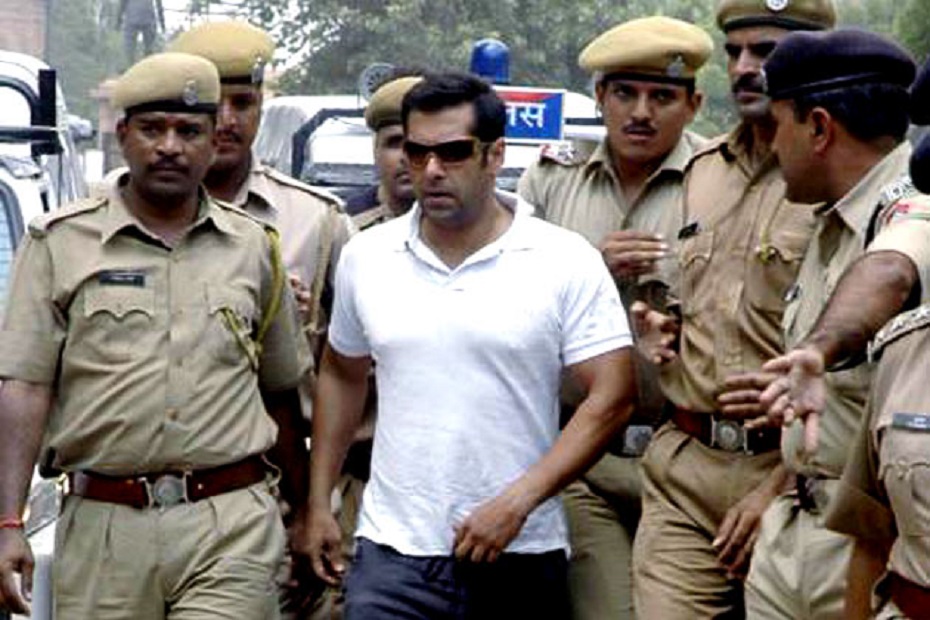 November 1, 2007: Jyotikumari had boarded the regular cab contracted by the company to report for night shift on. Driver Purushottam Borate and his friend Pradeep Kokade changed the route, took her to a remote place and raped her. After sexually assaulting her, the duo strangled her to death and disfigured her face, inflicting injuries with a sharp weapon to hide her identity.

May 9, 2015: A bench of Chief Justice H L Dattu and Justices S A Bobde and Arun Mishra said the manner in which an innocent and helpless woman was raped and murdered shocked and repulsed the collective conscience of the community and the court, warranting award of death penalty to deter other potential offenders from committing such crimes.

This verdict on the Pune BPO staffer rape-and-murder case came a day after the Salman Khan hit and run case one. But what kind of coverage did the media give it? The same media which was busy relentlessly splashing the Salman Khan verdict multiple times a day? Did we see debates on the fast-tracking of rape cases? Did we see journalists speaking to the victim’s parents? Did we get women’s activists write columns on this?

Instead, what did we see?

Full page features on Salman Khan, old interviews of the actor being run on prime time, a sympathetic reporter patting father Salim Khan and asking how tough is it going to be for him, and reporters outside the star’s Galaxy Apartments tracking celeb movement. Was the media reporting Salman Khan’s crime or glorifying it?

On another note, the media finally found its Et Tu Brute moment in the person of Arvind Kejriwal, the very person it vehemently supported, without any sense of objectivity. Kejriwal now turned around and stabbedthem in the front with his supari journalism comment.

Of course, this is not the first time the media has been called names by those in power.Common sense will tell anyone that once negativity is high and credibility low, the media must step back and do some introspection rather than scream and point fingers. And the two instances that happened last week gave media a chance to redeem itself somewhat. However, it chose not to and will hence find itself, and rightly so, at the receiving end, yet again. And again. And again.

On the one hand the media will cover candle marches, conduct heated debates and seminars and screen documentaries that speak of rape survivors, victims and even pledge to do more.However, when a young working girl – Jyotikumari’s life gets snuffed out because of a rape and murder and eight years later, the perpetrators of her crime get the gallows, nobody in the media even cares. When she was raped it was splashed all across the papers and media. And when justice was delivered, a deafening silence ensued.

Against this backdrop, will it be wrong to say that themedia cashes in on the crime for mere TRPs?I don’t think so. Because we just saw how in the Salman Khan case, the actor was given all the glory – courtesy hours and hours of footage and column inches of space in the papers (even though he committed the crime), while the honest guys were relegated to the inside pages. If not for social media, many would not have even heard of the police constable and bodyguard of Salman Khan, Ravindra Patil or D M Patkar, assistant sub-inspector at Bandra police station who played a key role in locating the missing files.

If Salman Khan’s crime deserved page 1 coverage, so did the good deeds of these two. While one died speaking the truth, the other searched for important missing files on the case, which ensured that the trial could go on. It is people like Patkar and Patil, who will make very Indian want repose faith in the goodness of noble deeds and selfless service without an iota of expectation of limelight.

How you report matters

And before the media jumps to its defence saying they reported this story, it’s not the just the reporting that matters. It’s how you do it that matters. And in this how lies the media’s failure. While the media cracked the HOW for getting TRPs, they haven’t cracked the HOW to create a positive impact in society through their reportage. Else two fire fighters, who died in the Kalbadevi building fire would not die deaths of obscurity even as their other colleagues suffer in a hospital ward. If the media highlighted their stories, maybe lives for their families whose breadwinners are in trouble,would be better off.

A society’s perception of a criminal, his/her crime and punishment changes when you want to effect that change. You wonder why so many people throng to see Salman get released from jail? Because the media doesn’t bother telling them stories about Ravindra Patil and the missing files. You wonder why rapists get emboldened? Because while you make documentaries on them and make your screens go black in protest of a restraining order by a government, a just judgement on the same crime is not highlighted in the same manner. You wonder why so few trust you? Because you work for TRPs, while the common people on the internet want to make India better and hence call out your lies.

And finally, dear media: you wonder how your credibility can be restored? Simple answer: focus on the truth.