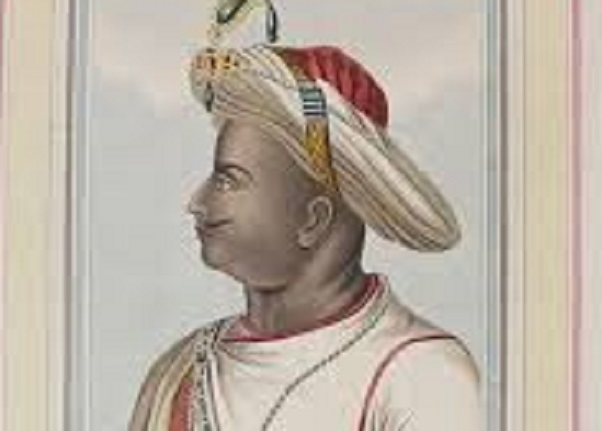 It appears that Siddaramaiah-ruled Karnataka is the new hotspot of real, ongoing rising intolerance in India. Despite a loud chorus of opposition that started more than a month ago against Siddaramaiah Government’s decision to celebrate Tipu Sultan’s Jayanti (birthday) in Karnataka today, the celebration was held.

Madikeri, the capital of Kodagu was witness to the ghastly death of Vishwa Hindu Parishad General Secretary of Kodagu unit, the 67-year old Kuttappa earlier today.   Ground reports sent to IndiaFacts from Madikeri state that the Kodagu Federation, citizens’ groups, the VHP and other outfits had organized a peaceful protest march against celebrating Tipu’s Jayanti.

A native of Madikeri, Sri Ashok (name changed to protect identity) reports that about 1000 vehicles—bikes, jeeps and cars—had left at about 8 in the morning today from Napoklu, a small Hobli about 40 kilometres from Madikeri. He also reports that significant numbers of Muslims from neighbouring Kerala had arrived in the region day before yesterday.

Another eyewitness to the incident has emailed a brief account of how the incident unfolded. About 100 people from VHP were silently protesting at Thimmaiah circle in Madikeri when Muslim supporters of Tipu Jayanti arrived in “hundreds of vehicles. Police were aware of it. Vehicles came from Kerala and there were around two or three thousand people. Many cars and lorries with KL [Kerala] registration were seen. Some suspect that local illegal Bangaldeshi labourers were also made part of the rally.

Although the VHP workers requested police not to allow people in vehicles, the police paid no heed to their request. [Tipu Jayanti supporters] came from Mangalore road, Virajpet Road and Mysore Road. They entered the Thimmaiah Circle from three roads. While coming they simply attacked the innocent Hindus whomever they saw. A stone hit Kuttappa and he was deeply injured and died in the hospital.”

VHP Leader Sri Kuttappa who died due to stone pelting

It appears that the Siddaramaiah government is becoming increasingly brazen in its inherently anti-Hindu and pro-Muslim discrimination. There is widespread public anger in Karnataka against the slew of freebies and discriminatory economic schemes favouring the minorities, the attempt to pass the anti-Superstition Bill targeting Hindu practices, takeover of Hindu temples, and now, these murders.

A generally peaceful state, Karnataka under the Siddaramaiah dispensation seems to have touched a new low in lawlessness in just over two years since the Congress came to power. The mainstream English media has portrayed this attack as a “clash between two communities” whereas ground reports from Kodagu clearly show it was an unprovoked aggression initiated by the supporters of Tipu Jayanti.

Tipu Sultan – a History of Bigotry and Barbarities Outside Karnataka- II

Tipu Sultan – a History of Bigotry and Barbarities Outside Karnataka- I

Tipu Sultan Jayanthi – A Celebration of Bigotry and Barbarity