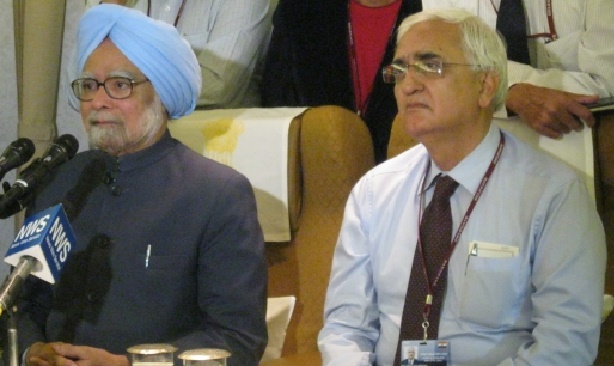 I have strong reasons to call for the trial of former Prime Minister Manmohan Singh and key members of his foreign policymaking team such as Shivshankar Menon, Salman Khurshid and M.K. Narayanan for treason against India’s national interests along with crimes against our future generations. In my hand is Bharat Karnad’s book, “Why India is Not a Great Power (Yet)”, and each paragraph I read resembles a distressed child telling us that these leaders mauled India’s national interests consistently, disturbingly and deliberately, and subordinated this nation of 1.3 billion souls to the interests of adversarial states like China and Pakistan. While Karnad’s 552-page book will need a long review, this review article focuses on how the foreign policy team led by Manmohan Singh crushed and crippled India’s global status and ambition in the world.

If you are a youth under 25 constituting about 55 percent of Indians, this nation belongs to you and your children more than it belongs to my elders or to my generation nearing 50. So, it’s essential for you to know how these Indian leaders engaged in crimes against India while being in power. Manmohan Singh was the prime minister for ten years from 2004. While our ancients taught us that India should be the Vishwa Guru (world leader), Manmohan Singh, as the prime minister, wrote in 2007 that India “does not desire to be a global superpower.” Shivshankar Menon, who served as the national security adviser to Manmohan Singh for four years till 2014, dismissed “status”, “prestige” or “any other goal” that could appear as “popular or attractive” for India. 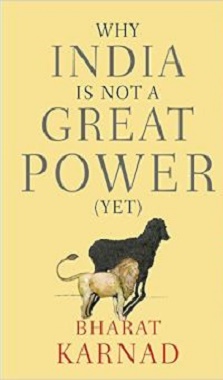 In this book, Karnad slays the “delusional strain” among India’s foreign policy thinkers right from Nehruvian days and reveals how a host of our leaders from Prime Minister Jawaharlal Nehru to Manmohan Singh was practically working for China and other enemies of India. When India was offered a membership of the UN Security Council by the US and Russia separately, Nehru wrote: “Informally, suggestions have been made by the United States that China should be taken into the United Nations, but not in the Security Council and that India should take her place in the Security Council. We cannot, of course, accept this as it means falling out with China and it would be very unfair for a great country like China not to be in the Security Council.”

The book reminds us how India is being told even now to be a “responsible power” and a “net security provider” – limited to shouldering the agenda of foreign powers. Its revelations are also consistent with the information in public domain, based on the statements of those involved in the underground of Track-II diplomacy with Pakistan that Manmohan Singh was close to handing over PoK – the Pakistani-occupied Kashmir – formally to Pakistan as part of a U.S.-brokered pact, notwithstanding his statements to the contrary. This is a betrayal of India, especially since there is legal clarity that people born in PoK and Gilgit-Baltistan, both being part of Jammu & Kashmir, are Indian citizens. Due to the criminal silence of Indian leaders, we don’t even see them as ours.

From the mid-1990s, the United States initiated a policy to build relationships with India and other Asian nations to meet the challenge of the rising China. It is being seen as the containment of China based on the principle of balance of power. However, speaking in Beijing, the capital of India’s adversary, Manmohan Singh attacked “the old theories of alliances and containment” as “no longer relevant.” This statement was consistent, writes Karnad, with Shivshankar Menon’s “contemptuous dismissal” of balance of power as “very Nineteenth Century” – the “underlying conceit” being that “India can do without allies and partners.”

In 2011, Menon lambasted nationalist Indians for “much loose talk about India as a potential superpower.” There is a line of thinking that as long as some Indians travel by bullock carts and bicycles, India should not embark on a mission to Mars, or build cars and motorbikes. Menon defined India’s posture as that of “strategic restraint” and saw it as a distraction, stating: “Eliminating poverty and realizing India’s potential will be the focus of our efforts – not external entanglements, arms races or other such balance of power distractions.” What if India achieved a great power status, the author asks, Memon asserted: “that would be fine.”

This line of argument was also articulated by Salman Khurshid, who served as the external affairs minister from 2012 onwards. Addressing an Oxford university audience, Khurshid spoke highly of India’s “softly-softly approach” in its foreign policy. “We do not assert ourselves,” Khurshid said, “by intruding, dictating, or imposing.” When China warned India not to collaborate with Vietnam in offshore oil exploration, external affairs minister SM Krishna responded, notes Karnad, “with fighting words to the effect that the South China Sea is not China’s sea” but Menon qualified it by saying India would consider such a role in “the Indian Ocean and our neighborhood” only and if “it contributes to India’s own transformation.” It appears Menon’s sole purpose to serve Chinese interests first, the Indian interests second.

When contentious points emerged in the India-US relations during his tenure, Manmohan Singh diverted India’s foreign policy objectives to non-issues and domestic matters. This diversion is seen in five points outlined by Manmohan Singh at a meeting of Indian ambassadors in 2013: i) foreign relations will be shaped by India’s “development priorities”; ii) the Indian foreign policy should ensure “wellbeing” of India which should be the “single most important objective”; iii) India should work for “beneficial relations with all major powers”; iv) India must “create a global and security environment beneficial to all nations”; v) “our values” such as “democracy and secularism” should be the basis of ties with India’s neighbouring states.

In the anarchical society of states, where ambassadors are willing to break each other’s nose to protect their nation’s interests, these five points were worthless words from a prime minister unable to defend India’s interests. This cowardice was termed as “the Singh Doctrine” by Sanjaya Baru, the prime minister’s media adviser. In February 2006, when Manmohan Singh was also the external affairs minister, his ministry prevented the Indian Navy from attacking pirates who seized a ship flying the Indian flag; and his government chose to pay ransom to free the Indian citizens. As detailed in the book, Indian Navy Chief Admiral Arun Prakash was bitter about this surrender of the Indian state before a handful of pirates and cowardice of Manmohan Singh.

Karnad’s book has numerous incidents on how army and navy officers were humiliated by the team led by Manmohan Singh. Shivshankar Menon spoke against Admiral D.K. Joshi, who was asked a question in Beijing how Indian Navy would respond if China seized Indian warships deployed in South China Sea to protect Indian energy assets jointly owned with Vietnam. Admiral Joshi gave a standard response that “rules of engagement” will apply whenever India’s “right of self-defense is impeded” – but Menon issued a statement saying Joshi was “misled” and the Ministry of External Affairs issued a statement to the effect, observes Karnad, that “New Delhi is more mindful of Chinese sensibilities [than the Indian military is].” The crimes by Manmohan Singh’s team do not cease here. The author narrates another incident: In its intent, the 2010 Operational Directive issued by defence ministry to the military services designated China as the main threat but it was quickly “diluted” by Salman Khurshid who described as China as “major concern” and Pakistan as “part of the Chinese picture” – as if Khurshid was watching a Bollywood movie.

During the tenure of Manmohan Singh, an attempt was also made to revive Nehru’s now-irrelevant and inconsequential foreign policy through Nonalignment 2.0, a quasi-official document supposed to serve as a vision document authored by Congress party’s parasites. At a function to release the document in 2012, M. K. Narayanan, the national security adviser to Manmohan Singh from 2006 to 2010, stated that India must avoid “too activist a [foreign] policy” and that hard power – i.e. military power – is not “necessary” for India because becoming a great power is “an unaffordable luxury.” In line with this thinking, India’s junior external affairs minister Shashi Tharoor conceived “Pax Indica” – a treatise on soft power meant to serve the interests of foreign powers and sell to them “India’s sense of responsibility to the world.”

In this excellent book, Karnad also investigates the responses of the counterfeit liberal writers like Amartya Sen, Ramachandra Guha, Minister Jairam Ramesh and others. Sen lambasted India for the 1998 nuclear tests and dismissed them as “the thrill of power.” Guha, who sells himself as a historian, is quoted as saying: “India will not become a superpower”; and since it is poor, “India should not even attempt to become a superpower.” Jairam Ramesh is quoted as saying by Karnad that India’s great power aspiration is “dangerous.” The author reminds such writers and thinkers that if poor economic conditions were an acceptable reason, the sixteenth-century England would not have funded the enlargement of the Royal Navy on the path to becoming a great power. While subject-matter experts will read Karnad’s book, it must also be read by India’s youths enrolled in Indian institutes of technology and management. At this point in time, India’s defence will benefit the most from non-experts and new ideas.