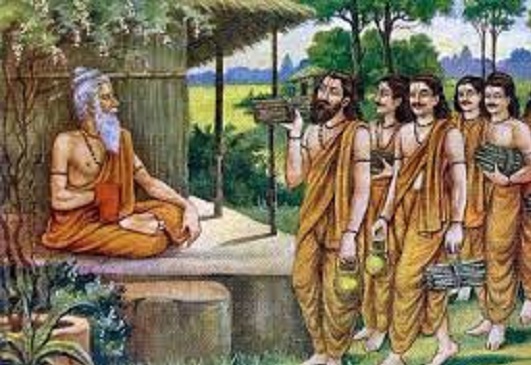 Hindus make bold to be the inheritors of a great and exceptional civilization. And they are.Indeed, a wider recognition of this ancestral greatness would solve a number of contemporary problems Hinduism faces.

Separatism, the phenomenon that Hindu sects declare that they are non-Hindu and back-project that they never have been Hindus, is largely due to the bad reputation of Hinduism. Nobody wants to stay on a sinking ship (especially not the rats, the true nature of most defectors). Hinduism is slandered as “caste, wholly caste and nothing but caste”, and when at all it is admitted to be something else on top, it must be widow self-immolation, child marriage, dowry murders, nowadays the rapes that make headlines, and other human rights violations.

[pullquote]Hindus make bold to be the inheritors of a great and exceptional civilization.[/pullquote]

Moreover, it is seen as superstitious, incoherent, flaky, and worst of all, weak. Hinduism has an intensely bad image, and that is why the Jains, Buddhists, Lingayats, Sikhs, Arya Samajis, Ramakrishna Mission and others insist that they are not Hindus, while another category of malcontents defect by converting to Christianity or Islam.

The Hindu territory has constantly been shrinking for more than a thousand years: Kabul, most of Southeast Asia, Pakistan, Bangladesh, de facto also Kashmir and parts of the Northeast, these have all been lost. But the conceptual domain of “Hindu” has also been shrinking. Originally, Muslim invaders introduced the term as meaning: all Indian Pagans (non-Abrahamics), whether Buddhists, Jains, tribals, low-castes, high-castes, and by implication also younger sects like Virashaivism, Sikhism, the Arya Samaj or the Ramakrishna Mission.

The insistence by many castes that they are “not Hindus” stems from two circumstances: the very negative reputation of Hinduism, contrasting with its fair name in de 19th century; and the fogginess around the definition of “Hinduism”, only aggravated in recent decades by a deliberate manipulation of the word’s meaning.

After sketching some details of this phenomenon, we proceed to show that a correct assessment of the basic texts and the history of Hinduism would largely remedy both the bad name of Hinduism and the shifting sands of the term’s meaning. It may sometimes be diplomatically wise to speak of “Buddhists and Hindus” or “Hindus and Sikhs”, but the scholarly fact to be clearly realized and kept in mind is that the sect founders Shakyamuni Buddha and Guru Nanak never meant to break away from Hinduism, anymore than Shankara did when he founded his Dashanami monastic order, Hindu par excellence.

Yet, Hindu civilization has everything to make its scions proud. If this greatness were highlighted rather than its real and imagined shortcomings, the defecting sects would eagerly come back. Those Sikhs who militated for Khalistan only yesterday, will turn around and shout: “Sikhs are Hindus”, or rather: “We Sikhs are more Hindu than you!”

Consider for instance the Vedic seers. Mind you, historically, “Hindu” is every Indian Pagan, i.e. every non-Christian and non-Muslim Indian. This implies that it includes many more people and more traditions than the strictly Vedic lineage, to which a certain hostile discourse tries to narrow “Hinduism” down. But even this much-maligned Vedic lineage has given the world enough to make all Hindus proud.

First of all, we have their praiseworthy choice of what things notto do.  The Vedic seers did not invent fairy-tales about their tradition being eternal and God-given. Whereas the Quran and the Biblical Ten Commandments are in the form of God addressing man, the Vedic hymns are more truthfully in the form of men addressing the gods.

I am aware that some Hindus try to understand the Vedas as a kind of Quran, eternal and revealed. They like to crawl under the heavy weight of scriptures ascribed to a divine author, showing the lack of self-understanding common in this age of degeneracy of Hinduism.

Fortunately, the Vedic seers knew better: they walked upright and composed those scriptures themselves. The Vedas were not created by a superhuman source and then memorized by dumb and uncreative human beings; they were created by skilful and understanding human beings, the ancestors of contemporary Hindu civilization.

And then there are the things they did do. First of all, they created great poetry using elaborate metaphors, crafty verse forms and a unique system of memorization. Hindu society set apart a class whose job it was to memorize and pass on the tradition, genealogies and literature.

Vedic recitations today are deemed, even by hostile Indologists, as undeniably a kind of tape-recording of the original recitation thousands of years ago. It is this class of reciters that nowadays comes in for the harshest criticism. All the separatist sects invariably flaunt an anti-Brahmin hate discourse.

They thereby prove they don’t value the transmission of knowledge. In their rants that “the Brahmins monopolized knowledge”, they seem not to care about the “knowledge” part, nor do they busy themselves with acquiring or transmitting this knowledge.

To be sure, inertia and the psychological effect of being honoured by society caused some pride and smugness among the less meritorious members of the Brahmin class, a human phenomenon known in societies the world over. But the merits of this class, and especially of the society that set it apart, are unique.

Next, consider the insights captured in the literature they transmitted. Many great ideas that were to come in full bloom in later philosophies of India, East Asia, and more recently the West, already existed in germ in the Vedic hymns thousands of years ago.

Thus, the correspondence between microcosmos and macrocosmos, between man and universe; the identity of man with the intelligence of the sun (so’ham); or the vibratory nature of reality (aum), still central also in Buddhism (om namo amituo fu, om mani padme hum) and in Sikhism (omkar), are already themes in Vedic poetry.

Such elementary concepts as the division of the year in 12 and 360, and such profundities as the monistic unity underlying the plurality of gods, or the distinction between the ordinary self acting and the real Self merely observing, are all present in a single Vedic hymn – ideas to which entire schools of philosophy are mere commentaries.

Later, the doctrine of the Self was explicitated by seers like Yajnavalkya, who is up there with Plato as an ideas man next to whom a whole philosophical tradition is but a series of footnotes. Even the Buddhist no-Self doctrine, which spread around Asia, can only be comprehended by presupposing the concept of the Self.

The seers’ pluralistic outlook is not equally exceptional, at least not when compared with Chinese or ancient Greek worldviews,– but nowadays the majority of mankind is in thrall to two religions (the Religion of Love and the Religion of Peace) that believe in suppressing pluralism and claiming the sole truth for themselves.

Against their narrow-minded exclusivism, the Hindu tradition offers the solution. Inside and outside the Vedas, almost everywhere in India, we find a religiosity that makes no truth claims about God. The devotional rituals practised in all temples, before sacred trees or in sacred groves, simply express awe for the sacred, the most fundamental and universal layer of all religions.

Secularists advocate superficiality and philosophical illiteracy, which is now having its effects on India’s population. A rediscovery of the real treasures of Hindu tradition will gladden the hearts of all those who can call themselves its inheritors. Say with pride: we are Hindus!

(Published in Prabodhan, the book edited by Prof. Saradindu Mukherji and made public at the World Hindu Congress, Delhi, 21-23 November 2014)