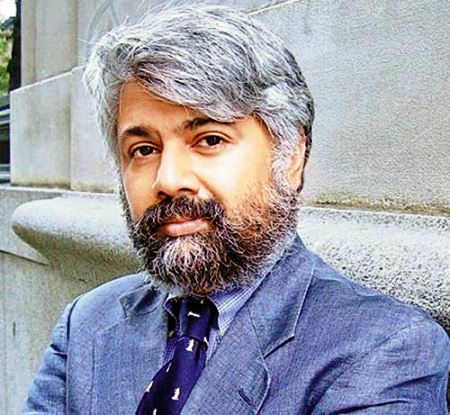 India’s self-proclaimed secular intellectuals and mediapersons make the best use of every opportunity to deride Hinduism. Neither is this specific to India alone. Those secular writers who migrate out take their inherent Hindu hatred with them and splash it all over international media as well. In fact, the more they portray Hindus, their religion, customs, and traditions in bad light, the more firmly their secular credentials get established. It is amazing how they make use of even the most unlikely opportunities and use it to bash Hindus.

In this article that appeared in the New York Times, where Tunku probes reasons for Sachin’s late retirement from cricket, he bizarrely brings in the Hindu concept of idol worship and portrays it in a disdainful manner:

Yet Sachin and his fans have tried their best to defy those natural laws. After all, idolatry is an Indian art form. Some Indian gods have three heads, or 10 arms. Others have serpents coiled around their torsos, or rivers streaming from their heads. And one, Sachin, wields a sacred cricket bat, heavy, sweet, made of the finest willow.

Now don’t ask us what was the necessity to bring the idea of idolatry (sic) in an article on Sachin’s retirement! Generally, the term idolatry is used pejoratively by Abrahamic religions, which strongly forbid their adherents from practicing idol worship (though in actual practice, symbolic worship is practiced in various modes by all religions of the world). It is evident from the tone of Tunku’s piece that he uses “idolatry” in a negative sense and as if it is something specific only to Hinduism. In fact, all pre-Abrahamic civilizations–the so-called pagan faiths–practiced various forms of idol worship. What’s more, both Islam and Christianity too practice “idolatry” in different forms–wearing the Cross, lighting candles, wearing talismans, getting one’s head patted by a soft broom, and so on.

Needless, all of this is lost on Tunku. He is merely content to use this opportunity to showcase to his western audience that Hindus are a superstitious and backward people still engaged in a primitive practice like idolatry. This is a clear reflection of Tunku’s own mindset mired in missionary-colonial distortions of Hinduism.

The idols of Hindu gods and goddesses have great symbolic conception, which the Hindus hold in high reverence. By portraying this culture in a scornful manner, which is uncalled for in an article about Sachin Tendulkar, Tunku Varadarajan has been nonchalantly insensitive to Hindu sentiments.