Turbulent Minority: Why the Bengaluru riots are a countdown to civil war 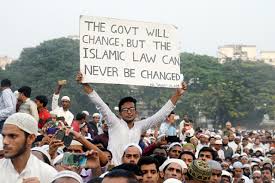 On a modern historical timescale, it doesn’t take long for a country with a Muslim minority to be taken over by Islam. This isn’t rocket science – it’s the effect of population and time; Muslims simply outbreed their hosts by having more children. The fact that Muslims, irrespective of whether they are rich or poor, have more children than other groups indicates their population explosion is by design. Like it or not, there seems to be a tacit understanding among members of the community to grow their faith by all means possible. In such a situation, over a period of several decades, the Muslim minority overtakes the host and becomes the new majority. The process can never be reversed because once a country passes into Islam’s digestive tract, it can no longer switch back to democratic rule. Secular Lebanon was known as the Paris of the Middle East but it became the most dangerous place on earth as soon as the Muslims became the majority and started hankering for pan-Arabism.

The takeaway for India is that a rapidly growing Muslim minority should never be taken lightly, but the reality is India is looking like an excellent candidate to become the next Lebanon. This is because of three reasons:

i) A rapidly growing mass of more than 250 million Muslims who are attracted by the myth of pan-Islamism.

ii) A section of Muslims starting deadly riots over trivial matters across the country at all too frequent intervals.

iii) Significant numbers of the Hindu majority is still oblivious to the looming threat of an Islamic takeover. This is despite ample evidence of Kashmiri Muslims expelling the tiny Hindu minority in India’s only Muslim majority state.

Before looking at the civil war staring India, it’s worth exploring how Lebanon got there first.

Lebanon is the historic home of the Phoenicians, the legendary ancient traders whose maritime culture flourished there for more than 2,000 years. The modern democratic state of Lebanon was established in 1920 by the French as a homeland for Lebanese Christians following the genocide of 40 percent of the country’s Christian population by Turkey during World War I (1914-1918). At the time, Lebanese Christians comprised up to 75 percent of the country, the rest being Muslims.

By the 1932 census, the Muslim share of the population had skyrocketed from 25 percent to 45 percent. This massive demographic change in just 12 years was entirely due to Muslim couples having up to 10 children. The Christians, at 55 per cent, still had political control but the slender majority wasn’t going to last.

While Lebanon was still a secular democracy, it was the playground of the Arab world, with its famous night clubs being the envy of Europe. Its financial power and stability through the 1950s and 1960s earned it the name of Switzerland of the East (1) while its capital, Beirut, attracted so many tourists that it was known as the Paris of the Middle East. (2)

Like India, the country was multicultural with as many as 18 religious groups – all coexisting peacefully. Women wore miniskirts to the nightclubs and bikinis at the beach. Lebanon was an open and multilingual society, with almost everyone speaking French alongside Arabic. It was the most prosperous country in the region after Israel.

By the 1970s the Muslims had crossed the halfway mark. Their numbers were further bolstered by displaced Palestinians. Just like Indian Muslims are enthusiastically welcoming illegal Rohingya immigrants, the Lebanese Muslims forced the government in Beirut to allow the Palestinians to settle in the country.

The Christians woke up too late to see their country swamped with Muslims who were now demanding more seats in Parliament and the presidency, which by law was reserved for Christians. The result was a civil war – and the end of the road for Lebanon. If you grew up in the 1980s, the evening news almost always had a clip of a bomb explosion in Beirut. The Palestine Liberation Organisation, the notorious terrorist outfit founded by Yasser Arafat, took over the country and Beirut became a mini Stalingrad.

It is estimated that 600,000-900,000 citizens – nearly all Christian – fled the country during the initial years of the civil war which started in 1975. (3) The Christian exodus further boosted the percentage of Muslims in the country. As much as 7 percent of the population was killed during the civil war between 1975 and 1990. For all practical purposes, Lebanon is a dysfunctional entity – a country in name only.

Sleepwalking to A Disaster

What happened to Lebanon is a glimpse of what faces India as the Muslim population grows unchecked. Like the Lebanese Christians, the Hindus of India may discover their fate sealed only when it is too late. First up, Hindus must not forget that Pakistan was created as the homeland for all Indian Muslims. The Muslims of undivided India had voted to create Pakistan. So how come there are more Muslims in India than Pakistan?

Instead of citing an expert I’ll quote the everyday wisdom of a friend J.R. Rao: “Indian Muslims belong to two large schools – the Deobandi and the Barelvi. In July 1946, the Muslim League won all but five Muslim seats. This makes it clear that all Muslims wanted to return India in 1946 to the Mughal times. The Barelvi stratagem was the Medina strategy: create a beachhead called Pakistan to come back to Delhi and reconquer India. The Deobandi strategy was to stay on in India and convert it from within.”

The truth of the above statement is illustrated by the relentless population growth of Muslims and a corresponding decline of the Hindu, Sikh and Jain populations:

At first glance, these figures may not seem alarming; in fact they may even appear reassuring – until you project the growth rate of Muslims into the 22nd century. And while projecting far into the future is highly unscientific as there are way too many variables, there is one variable that doesn’t vary – the mindset of the Indian Muslim.

In March 2020, a Kerala Muslim couple had their 13th child. The woman, Sharifa, is only 33 and delivered her first child at the age of 18. Her husband Hanifa said children are a blessing of Allah and the couple will continue to produce children till their health permits. (5)

It’s not just poor Muslims who breed like rabbits; even the well to do ones are in favour of having as many children as possible. This is because the Muslim community in India understands that demography is destiny. They know democracy is a numbers game.

In my first job as a journalist, I had a colleague Babar (name changed) who belonged to an upper-middle-class family from Uttar Pradesh. Babar was basically a Pakistani in everything but citizenship. He not only had family members who had migrated to Pakistan in 1947, but he would also boast how the Pakistani missiles Hatf (meaning “death” in Arabic) and Ghaznavi and Ghauri (named after brutal Islamic invaders) would devastate India “if Hindus dared to attack Muslims”.

I’ll never forget what he said to me the day Atal Bihari Vajpayee was sworn in as Prime Minister, “You can finally have your Hindu PM, but we are ready. Our plan is to have as many children as possible to increase the Muslim population to such a level that even if you tried to kill us all using your state machinery and resources, you won’t succeed.”

If you didn’t know this radical side of Babar you’d easily label him a secular person. He was educated in a good school in Delhi, lived in a near 100 percent Hindu neighbourhood, had Hindu friends, wrote business-related stories, did not fast during Ramzan, did not pray, wore no visible Muslim symbols and spoke everyday Delhi Hindi. Far from being secular, he was a proponent of population jehad to outbreed Hindus. Worse, he refused to acknowledge a democratically elected Prime Minister because the leader was from the BJP.

This ghettoised mentality of the Indian Muslim is a mortal threat to India’s freewheeling democracy. Their collective desire to overtake Hindus, seize power and re-establish the Mughal Empire (the wet dream of every jehadi in the Indian subcontinent) could eventually plunge the country into civil war.

The Bengaluru riots, coming just six months after the highly coordinated Delhi riots, point to the increasing sophistication of the Muslim rioter. In earlier decades, nearly all riots were sparked by an incendiary speech by a mosque preacher, resulting in hundreds of Muslims going berserk post-prayers. It was like a fire spreading out of control until the paramilitary arrived and restored order. The brunt of the violence was always borne by innocent Hindus who were caught completely unprepared. In some cases where Hindus were organised, as in Mumbai under the Shiv Sena, there would often be a ferocious backlash but this was rare.

The Delhi and Bengaluru riots reveal that the Muslims are now preparing for riots before the spark. This is taking things to a new level of mayhem. First of all, no community should resort to violence as it disturbs the peace of the entire country. If you want to burn down your own country, then it reveals a lot about you – primarily that you are anti-national. But preparing for riots in advance by stocking acid and firebomb-hurling catapults for a future clash is a disturbing new trend. (6)

The other takeaway from Bengaluru is the “guerrilla-style” tactics being used by Muslims. (6) The secular media can no longer deny the high level of coordination among Muslim mobs who locked up cops in two police stations, torched police vehicles and tried to prevent reinforcements from rescuing their colleagues at the two stations by blocking roads with burning vehicles and firing a barrage of stones, bricks, bottles and other objects at every step. A fire truck was attacked and its occupants were nearly lynched by the rioters. When a country turns into a war zone because communities are clashing, that’s civil war. Instead of Atmanirbhar India, we will have Atmahatya India.

Before the Partition of India in 1947, non-Muslims were either a majority or a substantial minority in the cities of modern-day Pakistan. Lahore’s 240,000 Hindus and Sikhs constituted about a third of the city’s population in 1947; today Lahore is almost 100 per cent Muslim. (8)Again, as per the 1931 census of India, all the five major cities of Sindh were Hindu majority; today Hindus are around 1 per cent. In the city of Karachi alone, the Hindu population decreased from 51 per cent in 1947, to only 2 per cent in 1951. (9)

The Hindus and Sikhs who lived in these cities did not realise the danger the faced until the very last hour when frenzied Muslim mobs landed up outside their neighbourhoods ready to burn, loot and rape. Almost a million Hindus and Sikhs were slaughtered by the Muslims. Most of them had to leave behind their extensive lands, business holdings, shops, home and even their wealth. This was repeated in Kashmir in 1990 when the Hindu Pandits were expelled. It happened yet again in 2016 in Kairana, Uttar Pradesh, arguably India’s Hindu heartland. (10)

As the political leadership ignores the relentless invasion of the Hindu space by Muslims, the stage is being set for a future civil war. The only way to stop this is by imposing President’s Rule across India for several decades. Such a move will be celebrated by the overwhelming majority of Indians. The only groups that will oppose it will be the jehadis – and their secular and leftist Hindu friends – who will find their Breaking India plans scuppered.

7. The Times of India, https://timesofindia.indiatimes.com/city/bengaluru/bengaluru-violence-how-rioters-launched-guerrilla-like-attack-against-cops/articleshow/77516069.cms

10. The Times of India, https://timesofindia.indiatimes.com/city/meerut/Exodus-of-Hindu-families-from-Kairana-a-reality-finds-NHRC-probe-report/articleshow/54451892.cms