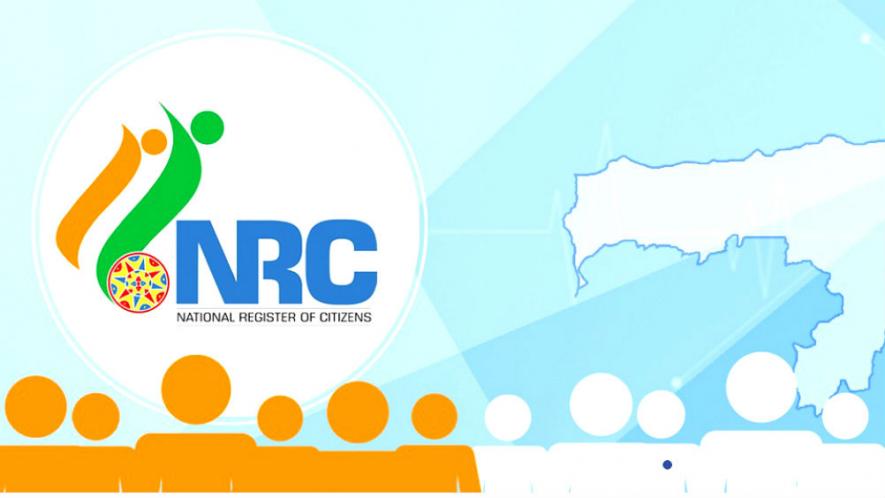 In 1947 India was partitioned into two and Pakistan and Bangladesh (erstwhile East Pakistan) came into existence. The partition was not just an administrative renaming of land. It caused millions of Hindus to become refugees overnight. Some were converted and those who wanted to save their faith and lives from the clutches of the marauding Islamists, who were killing men, raping the women folks and destroying every Hindu home, came down to Bharat for shelter. The persecution of the Hindus has continued even till date and massacres after massacres of Hindus have taken place in Bangladesh. It is estimated, according to statistics provided in US senate, that 49 -53 million Hindus have perished, killed or converted in Bangladesh till date [1].

But the anguish of the Hindus did not end in merely becoming refugees. Due to the vote bank politics of successive governments, large scale infiltration of Bangladeshi Muslims who came as fortune seekers were allowed. This changed the demographics of many Border States including Assam. In 1947 the Muslim population of Assam was 24.68 %, while today, according to 2011 census it is 34.22 % [2]. In neighboring West Bengal the Muslim population in 1947 was 12 % while in 2011 census it is 27.1 % and in many districts Hindus have become minority [3].

Losing the demographics is not the only cause of concern for the Hindus. In the last 10 years, I have personally witnessed in West Bengal increased cases of Love Jihad, Land Jihad, rape and attack on Hindu women and pogroms against the Hindus resulting in huge loss to properties. Poor Hindus who came from Bangladesh after having lost everything are the worst sufferers. This also holds for Assam. They are the ones being mostly targeted by the Islamists while jobs are being taken away by the infiltrators. Under these circumstances, the need for NRC was necessitated and the government of Assam as well as the central government started the process which was monitored by the Supreme Court of India. However, the NRC which was supposed to detect the illegal infiltrators from Bangladesh has 13-14 lac Hindus in the list, as told by Himanta Biswa Sharma, the finance minister of Assam [4]. Unofficially the figure is much more to be estimated around 20-25 lacs. These include not just Hindu Bengalis but other Hindu groups including Assamese, Gorkha, Biharis and Marwaris. This is extremely sad as the Hindus have no nation to take shelter in except in Bharat.

One of the reasons that Hindus find themselves in this predicament, is due to that fact that Hindus are relatively unorganized and poor. Illiterate parents who had fled with dear lives and faith from Bangladesh had not been able to foresee this situation, that being Hindus one day they would have to give test of being citizens in Bharat. Thus they did not preserve the documents. Some did not possess them in the first place. According to the Assam accord which AASU signed with Rajiv Gandhi in 1985 and based on which NRC is being carried out, documents which are pre 1971 has to be furnished.

The situation where lakhs of Hindus are losing all their rights, Aadhaar identity card and thereby government benefits is alarming and will revive wounds of partition still fresh in people’s mind due to continuing atrocities of Hindus inside Bangladesh as well as in Bharat. This is bound to have major socio-political implications as well as help the breaking Bharat forces to seek for harvests. And even though assurances have been given that no Indian or Hindu would be deported [5-6], this will do little till there is something concrete as law which holds in court.

The only hope that Hindus are banking on and what will help the poorest of the poor Hindus in the passage of the Citizenship Amendment Bill, 2016 into law. The Citizenship Bill, 2016 provides the following [7]. ”

“With The Citizenship (Amendment) Bill, 2016, the government plans to change the definition of illegal migrants. The Bill, introduced in the Lok Sabha on July 15, 2016, seeks to amend the Citizenship Act, 1955 to provide citizenship to illegal migrants, from Afghanistan, Bangladesh and Pakistan, who are of Hindu, Sikh, Buddhist, Jain, Parsi or Christian extraction.

The Bill also seeks to reduce the requirement of 11 years of continuous stay in the country to six years to obtain citizenship by naturalization.”

The passage of the Bill is now the only option left for the Hindus of the world who took shelter in Bharat. They have always been treated poorly. Sometimes by their own leaders and sometimes by the politicians. The Islamists forced Jogen Mondal to leave East Pakistan while the communists in India carried out Marichjhapi massacre on the poor refugee Hindus. This should never happen again.

To help the campaign and help poor Hindus a fund has been initiated : https://milaap.org/fundraisers/help-hindu-bengalis-nrc

We have also started a helpline number 9830700222 as well. Any affected Hindu can call up, provide details and seek help.

We urge Prime Minister of India, the President of India, the Law Minister of India and the entire Hindu world to support the Citizenship Amendment Bill and for once and for all end the plight of persecuted Hindus fleeing from different nations and states. They have today no land to call their own, no air to breathe free.