Twenty statements from Sheldon Pollock on India, Hinduism and Sanskrit 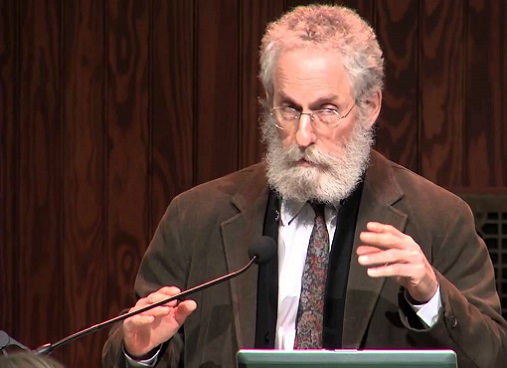 The Murty Classical Library of India was launched with quite some fanfare recently by Rohan Murty, son of software czar and founder of Infosys Narayan Murthy. The Murty Library under the general editorship of Sheldon Pollock, is part of a $5.2 million endowment that Rohan Murty gave to Harvard University, attracted some controversy from within the India scholarly community. The crux of their objections is centred on giving control of the discourse and scholarship of Indic, classical and Sanskrit studies and more broadly, Hinduism to Sheldon Pollock/Westerners. In view of this, the IndiaFacts team researched some notable works of Sheldon Pollock and compiled the following list of his statements/writing about Hinduism, India, Sanskrit and related areas.

THE DEATH OF SANSKRIT

All the feasts and great donations King Bhoja gave the Brahmans

were obsequies he made on finding the language of the gods had died.

And today, the best of kings across the land observe its yearly memorial.

The poet sensed that some important transformation had occurred at the beginning of the second millennium, which made the great literary courts of the age, such as Bhoja’s, the stuff of legend (which last things often become); that the cultivation of Sanskrit by eighteenth-century rulers like the Peshwas of Maharashtra was too little too late; that the Sanskrit cultural order of his own time was sheer nostalgic ceremony.

RAMAYANA AND POLITICAL IMAGINATION IN INDIA

Why is Rama Blue?