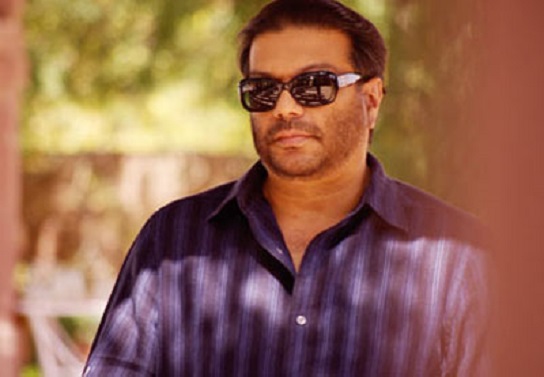 On the 19 November edition of Hindustan Times, well-known columnist and ex-Hindustan Times editor and alleged Nira Radia tapes participant  Vir Sanghvi penned his displeasure at the manner in which the India of 2014 views the legacy of India’s first Prime Minister Pandit Jawaharlal Nehru like this:

Even those of us who acknowledge Nehru’s contribution to the making of modern India concede that he made numerous mistakes. When it came to economic policy, he was often too influenced by the Fabian-Socialist approach to the issue. His hatred for the colonial powers that had ruled India for two centuries led him to view the Soviet Union in much too favourable a light. He was wrong about China: First too trusting and then, with the Forward Policy, needlessly provocative. His handling of the Kashmir issue was flawed. And so on.

But the level of bitterness that characterised the Nehru anniversary went far beyond any logical listing of his mistakes. Instead, those opposed to Nehru demonstrated an almost visceral hatred of him and his legacy. If facts got in the way of the debate, then they were quickly brushed aside and replaced with invective and abuse.

Maybe it is too difficult for Mr. Sanghvi to remember that it was the so-called heir of the Nehruvian legacy, the post-Independence Indian National Congress which brought bitterness to Nehru’s “legacy” by not inviting Prime Minister Narendra Modi to be part of Panditji’s 125th Birth Anniversary celebrations. And it was the Congressmen who used the very same occasion to launch a political attack on the BJP.

However it is nice to see that Mr. Sanghvi at least acknowledges that the first PM of India did have some flaws, which is contrary to the picture presented by the likes of Ramachandra Guha, where Nehru appears as India’s greatest leader since the dawn of mankind, with….you know…some warts on a bad day.

An important observation made by Mr. Sanghvi is this:

But whenever parties that should have represented this view came to power, they could not counter the Nehru legacy. For instance India’s first BJP Prime Minister Atal Bihari Vajpayee simply did not subscribe to this position. He may have had his own opinion about Nehru’s mistakes but as external affairs minister (1977-79), he stuck with non-alignment and then, as prime minister, rejected a religion-based approach to nationalism.

It is an old habit of self-described liberal journalists like Mr. Sanghvi to present Atal Bihari Vajpayee as an acceptable face of the Hindu Nationalist movement. In the past, we have seen how the same secularists called Vajpayee a stooge of the RSS and a Hindu zealot. But Mr. Sanghvi helps in making an important distinction between Nehruvians and the group they derisively term as Sanghis.

[pullquote]Mr. Sanghvi at least acknowledges that the first PM of India did have some flaws[/pullquote]

Mr. Vajpayee was a dedicated Sanghi who following the demureness set by democratic traditions maintained respect for India’s first Prime Minister. The present PM in the eyes of the likes of Vir Sanghvi is a more communalised Sanghi had this to say on Panditji’s birth anniversary:

“I am fortunate to be among children on Chacha Nehru’s birthday,”  as he interacted with the students of  Queensland University of Technology.

“Nehru belongs to India and is India’s heritage,” was the statement of another Sanghi–the Home Minister Rajnath Singh.

And how did the Nehruvians return the favour? By attacking the nation’s present PM in order to score cheap points. And did you forget Mr. Sanghvi, how that St. Stephens-educated and highly articulate Nehruvian Mani Shankar Aiyar routinely abused the nationalist icon Swatantryaveer Savarkar, going so far as to remove his plaque from the Andaman and Nicobar Island where Savarkar spent a decade of imprisonment suffering inhuman torture?

Of course, Mr. Sanghvi, such plaque-removing etiquette is entirely in keeping with Nehruvian niceties…after all, the first Prime Minister of India thought nothing of slapping Sadhus and Sanyasins from some remote village who waited for months outside the formidable walls of his palatial house in Delhi just so they could petition the new Raja of Bharata who would at least utter a word of assurance that he would save their village temple.

And when they finally got a glimpse of the new Raja, and before they could open their mouth to tell their petition, all they got were: 1. Kamine log! 2. A tight slap.  For more graphic details on this, I refer you to Sita Ram Goel’s Genesis and Growth of Nehruism.

Of course, Mr. Sanghvi wouldn’t know this side of his favourite Prime Minister. And drawls along furiously, till he reaches the climax of his piece:

Some Nehru-bashers are people who resent Islam, hate Muslims and blame most of the world’s ills on Islamic fanaticism. You have only to go on Twitter to see the extent to which abuse of Muslims and their religion — completely unacceptable in normal discourse —  is rampant on social media. The abusers are not necessarily people who are worried about ISIS or al Qaeda. They just loathe Muslims and have no hesitation in saying so.

For such people, Nehru was the Appeaser-in-Chief. He was the man, they say, who betrayed Hindus to pamper Muslims. Just as liberals regard Indian secularism as among Nehru’s achievements, the trolls see it as his greatest crime against humanity. (Well, against Hindus at any rate). So, much of the abuse of Nehru stems not from any understanding of his successes and failures. It originates in hatred of Muslims. Nehru is blamed as the man who gave Muslims an equal stake in what should have been a Hindu country. Hence the names he is called on Twitter: Jawahar Khan, Jawahar Mohammed, etc.

There is another factor. The BJP has promised India a Congress-mukt Bharat. These days, the Congress has come to mean (especially to its opponents) the Gandhi family. If the Modi-bhakts are to attack the Gandhis (and there is no doubt that for some of them, hatred of the family is almost pathological), then they must start at the root. It does not matter to them whether Nehru intended to create a dynasty (the evidence is inconclusive). What matters is that he did. In their view, the family is a cancer at the heart of the Indian system and every element of that malignant growth must be pulled out, and that begins with Nehru.

So it doesn’t matter whether Nehru was right or wrong. Rather, in the manner that ancient and medieval Indian history is being rewritten to suit the political demands of the present…..

The secularists of Mr. Sanghvi’s clan are accustomed to viewing anti-Nehruvian nationalists as embodiments of abusive trolls. It is right up there with the secular media’s traditional rule to steer clear of any criticism of the Nehru-Gandhi dynasty as well as that of Nehruvianism. So it is absolutely alright for him to only pick the abusive netizens as representatives of all critics of Nehru. But that does not take away the faults of Nehruvianism. Mr. Sanghvi kindly consider the following quotes:

By Vir Sanghvi’s own amazing logical reasoning, Kriplani and Ambedkar are anti-Islamic abusive trolls. But both Kriplani and Ambedkar among other Nehru contemporaries do make the same criticism your kind have brushed aside for a long time. In the end it is often said that no ill should be spoken of the dead. But as far as Pandit Nehru is considered, this statement Swapan Dasgupta is bang on target:

For a man who left the country ”not better fed, clothed or housed, …more corruptly governed…with higher taxes, ever-rising prices, ever-acute foreign exchange difficulties, and more unemployment” than when he took charge, India has been too kind to Nehru.

And I am being too kind to you Mr. Vir Sanghvi. Or I would have written this piece calling you someone who took dictation from Nira Radia for Nehru knows what reasons…