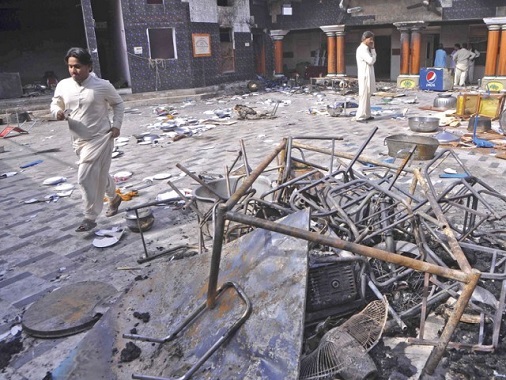 1. Jihadis Hack to Death Muslim Woman and her Hindu Husband in UP

Report: A newly married couple was recently hacked to death by radical Muslims owing to the factor of religion- the bride Danishtta Begum was a Muslim and Sonu the groom, a Hindu. The gruesome deed was done in broad day light, in the midst of a crowd in Happur village of Uttar Pradesh.

2. IUFE demands to stop Persecution of Hindus in Sindh, Pakistan.

Report: The International Unity for Freedom and Equality (IUFE) has spoken of the unbearable persecution of Hindus, destruction of Hindu shrines in Tando Muhammad Khan District, Sindh, Pakistan. IUFE demanded the protection of these minorities along with demanding punishment to the full extent of the law for any desecration of Holy Shrines or Vandalizing Hindu Deities.

Report: Two Hindu girls aged 13 and 14 were abducted at gunpoint and then married to Muslim men in southeastern Sindh province in Pakistan. Baby Mavi, 13 daughter of Venjho Kohli, and Baby Badal, 14, daughter of Shambo Kohli. The abduction took place in the dead of night at 3 am at village Rehmatullah Arain in Distract Badin. Mir Muhammad Arain, Khameeso Arain and Meero Dal allegedly entered their hut and abducted the two girls at gunpoint.