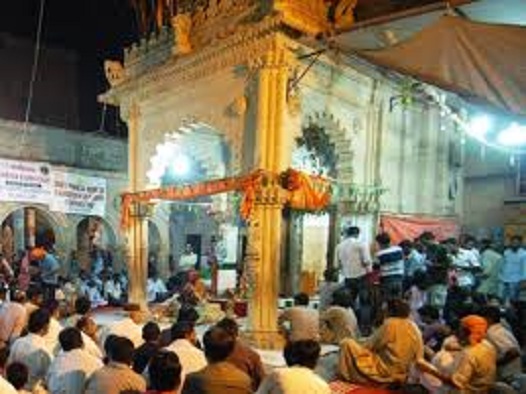 Report: A total of five hundred children have died this year, with most of the dead being children under the age of five who died due to malnutrition in Pakistan’s only Hindu-majority district. “We feel that we are being neglected because we don’t have much of a say in the politics of the country,” said Lal Malhi, a Hindu member of parliament from the area. Most Hindus in Pakistan live in Sindh province and a majority of those are residents of Tharparkar, the district that borders India. The majority are subsistence farmers who are now standing at the brink of famine due to poor rainfall for five successive years. “Families are starving but there is little or no government help,” Malhi added.

Report: The Prantheeya Karyakari  of Rashtriya Swayamsevak Sangh in Iritti Valsan Thillankeri has received a death threat, from the DYFI.The threat appeared on the Facebook page of DYFI Block Committee, Iritti. The threat, replete with obscene usages and foul language directed towards Valsan Thillankeri state that “this is Kannur and that the fate of Uthaman, the RSS Swayamsevak who was hacked to death a few years ago by CPM workers in broad daylight,should well be remembered.”

Report: The British Ambassador in Nepal, Andrew J Sparkes on the occasion of the International Human Rights Day on 10 December, had written an open letter to the nation’s lawmakers saying, “We encourage you to ensure that the right to change religion is protected, and that the right to hold opinions and to express them freely will remain strong.” Consequently, PM Koirala responded saying that he would acquire official information on the matter from the Ministry of Foreign Affairs. Chairman Kamal Thapa of Rastriya Prajatantra Party-Nepal has deplored what he called ‘naked intervention of the western powers’ in the internal matters of Nepal.