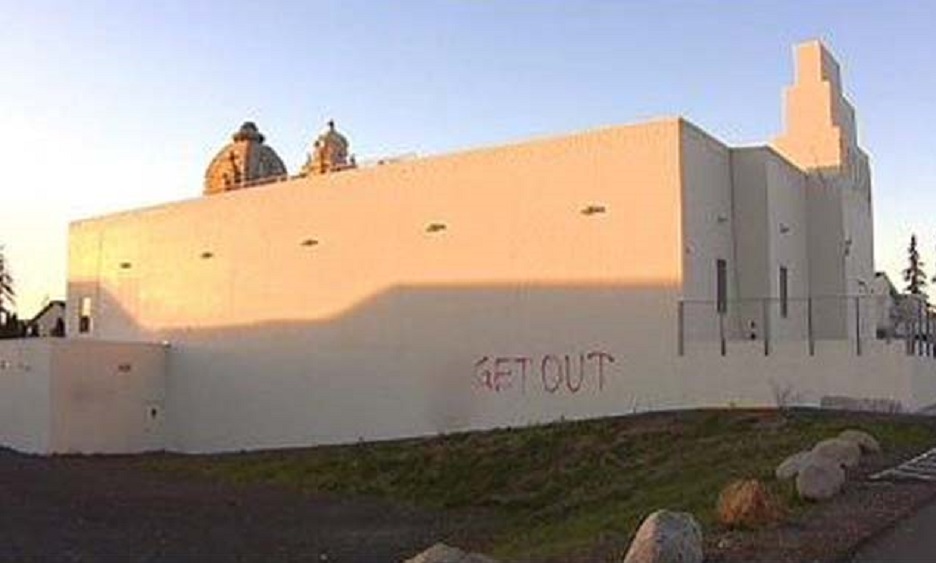 Report: A 55-year-old tribal woman was killed by her neighbours in Tripura for allegedly practising witchcraft, police said on Tuesday. Kanyapati Debbarma, a mother of three children, was shot dead from a close range at Shyamraichara in Kamalpur, Dhalai district in northern Tripura on Monday night. The practice of branding women as witches and torturing them continues in remote, rural and tribal areas of Assam, Tripura and other north-eastern states. In the last few years, more than 50 women have been tortured and beaten on suspicion of practising witchcraft or black magic in Tripura.

2.      No rallies or outrage for Ramkrishna Mission Sadhvi raped in West Bengal

Report: As per a report in Patrika, a Sadhvi from the Ramkrishna Mission was brutally gang-raped on 13th March 2015. This unfortunate incident occurred in the evening, when the Sadhvi, a resident of the Mihir Das colony in English Bazaar district in West Bengal, was returning from a market in her neighbourhood. This is when 4 youths from the neighbourhood dragged the Sadhvi into a Mango grove and gang-raped her. It is also reported that the Sadhvi repeatedly visited the Police Station to lodge her complaint against the rapists, but instead of registering her FIR, the cops were more interested in sitting with the accused and the victim to settle the matter.

Report: Investigators say a 37-year-old dental student from India was shot to death at her San Francisco Bay Area apartment hours after attending services at a Sikh temple. The body of Randhir Kaur was discovered on March 8 by her cousin after UC San Francisco officials became concerned about her well-being.

Report: As many as 15 new cases of forced marriages of Hindu girls have been taken up by Sindh high court in Hyderabad since January 1– the first 80 days of 2015, a Hindu lawyer and human rights defender told this correspondent on phone Thursday.

“Very little is reported in media,” Veerji Kohli said. Most of the Hindu victims belong to the extremely impoverished Bheel and Bhagri Hindu communities of lower Sindh whose parents do not have the resources to protect their girls from the powerful and lustful Muslim abductors.

According to the Associated Press of Pakistan, the government registered 1,261 cases of kidnapping of women and girls, many of them minors, for forced marriage in 2014. At least two big names have repeatedly cropped up in the unending saga of forced conversions and marriages in southeastern Sindh province. One of them is Mian Abdul Khaliq Mitthoo of the Pir of Bharchoondi Sharif shrine, a former member of the national assembly who belongs to the Pakistan People’s Party of former president Asif Ali Zardari. The second culprit is Pir Ayub Jan Sirhandi “whose target is there should no Hindu, only Muslims, in the entire region,” Kohli said. “Mian Mitthu is busy in Upper Sindh and Sirhandi works in lower Sindh,” said Kohli, who himself faced life threats for defending the hapless Hindu girls.

Kohli said the forced conversions of Hindu girls became a huge social problem ever since the military regime of General Zia-ul-Haq four decades back.In a report IRIN, humanitarian news and analysis, quotes Sunil Sushmat, father of a 14-year-old abducted girl as saying he is concerned about how his daughter is being treated. “We know many converts are treated like slaves, not wives.” IRIN reports a growing number of Hindus have been fleeing Pakistan, mainly for neighboring India, because of the kidnapping of their girls. According to Hindu rights activists these refugees have faced brick-walls of mistrust in the Hindu-majority nation as well, though the government Prime Minister Narendra Modi has promised to make India more welcoming for Hindus escaping persecution.

Veerji said discriminatory laws that are part of Pakistan statute book is the main challenge for Hindus. He specifically pointed out to articles 31 and 203 in Pakistan constitution that help people like PPP’s Mian Mitthu and Pir Sirhandi constitutional cover. “Article 31 states that it is the state obligation to respect Muslims but is silent about respect to Hindus and others,” said Veerji. Article 31 of the Pakistan constitution states, “Steps shall be taken to enable the Muslims of Pakistan, individually and collectively, to order their lives in accordance with the fundamental principles and basic concepts of Islam and to provide facilities whereby they may be enabled to understand the meaning of life according to the Holy Quran and Sunnah.” It also states that the State shall endeavor “to make the teaching of the Holy Quran and Islamiyat compulsory.” Human rights defenders call the article highly discriminatory. “Do others like US and UK have to come here to show respect to followers of the other religions?” Kohli asks.

Article 203 clearly Islamized the laws of Pakistan by setting forth the guidelines of the Federal Shariat Court. No court in Pakistan has the power to challenge the Shariat, or canonical laws based on the Quran. Article 203 states, “The Court may, [either of its own motion or] on the petition of a citizen of Pakistan or the Federal Government or a Provincial Government, examine and decide the question whether or not any law or provision of law is repugnant to the injunctions of Islam, as laid down in the Holy Quran and Sunnah of the Holy Prophet, hereinafter referred to as the Injunctions of Islam.”

Discrimination and second class status of Hindus and other religious minorities have constitutional cover as constitution states prime minister and president of the Islamic Republic of Pakistan can only be Muslim. Kohli said forced conversion of Hindu girls is also taking place in Punjab. “The Cholistan area in Punjab is full of Hindus,” said Kohli.

Source: This report was contributed by journalist and researcher, Ahmar Mustikhan from the United States.

6. Hindu widow gang raped by Muslim till 6 days in Bangladesh

Report: On 18 March 2015 Police  recovered a housewife who was gang raped and confined in a house for six days in Kumarkhali village of Rampal upazila under Bagerhat district of Bangladesh. The gang abducted the woman, (whose husband passed away a few years ago) on 12 March and took her to a boat where they raped the woman repeatedly.

The criminals later took the housewife to a solitary house and confined her. Being informed by neighboring people, Talukder Nazmul Kabir, union parishad chairman, informed police about the matter. Then, police with the help of local people rescued the woman from the clutches of the rapists in the morning.

But sensing the presence of the law enforcers, the criminals made their way. In the afternoon, the medical test of the victim, who has a 12-year-old daughter, was done. Brother-in-law of the victim filed a case with Rampal police station against four unidentified people under Children and Women Prevention act. The victim while talking to journalists said: “I along with my brother-in-law went to Boro Sannasi Phultola village to take part in religious programme. When I went to toilet, the miscreants abducted me and took to a boat. Since then, I have remained confined in a house where the miscreants tortured me again and again.”

Local people alleged that some local goons under the shelter of a union parishad chairman Rafiqul Islam had been committed several crimes. But, Rafiqul Islam said that his local rivals were hatching conspiracy against him to tarnish his image. The brother in law of the victim field a case in the Rampal police station but police could not arrest a single person till now. Bagerhat, Sathkhira and Jessore have become dangerous for the Hindus for some years.

Source: This report was contributed by IndiaFacts reader and supporter.