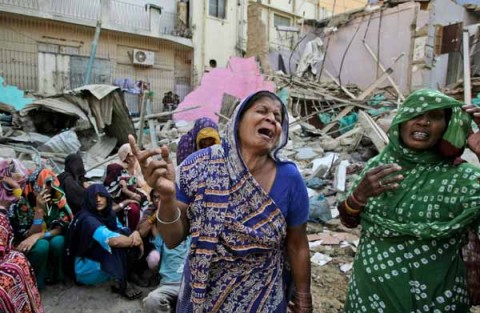 Report: Members of two Hindu families are fearing fresh attack as the main accused in a murder case at bordering Nawdabash village in Kaliganj upazila is allegedly threatening them after getting bail. The main accused in the murder case, local ward unit AL member Rezaul Karim Reza, got bail after four days while the five others are in the district jail, they said.

2. MIM workers stop funeral of a Hindu and burst crackers

Report: A hartal is being observed by Sangh Parivar in Panoor, following police manhandling of a Swayamsevak. According to sources, AV Anoop, who handles duty of Mandalam Baudhik Shikshan Pramukh in Mokeri, was allegedly manhandled by police at Kunnummal.

4. Being a Hindu in WB ; 3 separate incidents reported in last 24 hrs

Report: Three incidents communal clashes have been reported in West Bengal in the last twenty-four hours.