What does it mean to be Ramachandra Guha? 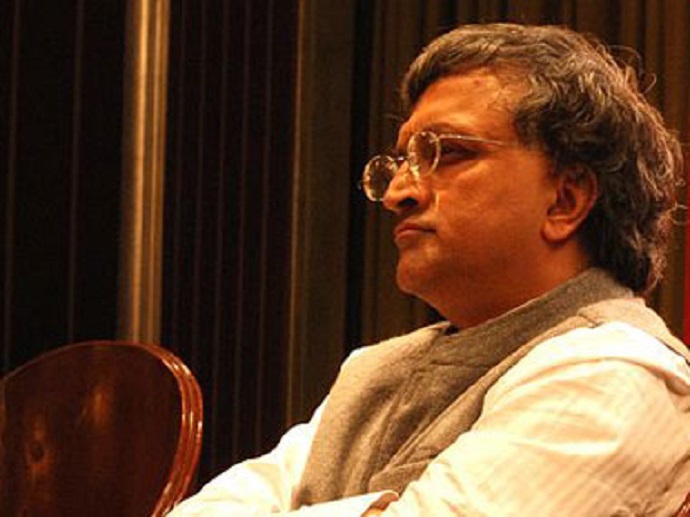 And so Mr. Ramachandra Guha reminds us yet again of the truth in the proverb that  a writer is known by the enemies he makes, in this op-ed in the Hindustan Times. Throughout the op-ed, Mr.Guha attempts to rebut an article published in the RSS mouthpiece the Organiser which speaks of Indianising the nation’s education system. Apart from repeating the same old, worn out statements of Indian pluralism etc,  Guha states how the Sangh Parivar’s attempts to Indianise education would actually inject the ideas of Hindutva icons like VD Savarkar who Mr. Guha accuses of seeing Indian culture as a monolith, and fears that the Parivar will enforce it on others.

Now, we have heard this before about how the likes of Savarkar have narrowly boxed all of Indian ‘civilisation’ as only ‘Hindu’, which Mr. Guha, in spite of claiming to be rooted in indigenous scholarship identifies using the age old Victorian terms, that is belonging to a certain religion. Instead of taking Mr. Guha at face value, let’s see how Savarkar himself defined who a Hindu is:

…It may be that at some future time, the word Hindu may come to indicate a citizen of Hindusthan and nothing else; that day can only rise when all cultural and religious bigotry has disbanded its forces pledged to aggressive egoism, and religions cease to be “isms” and become merely the common fund of eternal principles that lie at the root of all that on which the Human State majestically and firmly rests….As long as every other “ism” has not disowned its special dogmas, whichever tend into dangerous war cries, no cultural or national unit can afford to loosen the bonds….

So you see Mr.Guha, the essence of Savarkarite assertion is unity in diversity but unlike the biased secularist narrative, this assertion views pluralism and national integration as a two-way street. But all the Guhas of the world turn their heads to the other direction when this fact is pointed out.

Further, Mr. Guha mentions how he and the late Kannada novelist U R Anantha Murthy, refused to associate saffron which is the colour of purity and renunciation, with the RSS. This is an old habit of secularists to change their stands on issues of national and cultural heritage when they start losing their grip on the narrative. We saw in the past how Swami Vivekananda, who in many secular writings has been called a rigid spiritual reactionary, suddenly became a national icon the moment he was seen as the inspiration for Hindu Nationalists.

An interesting point in the op-ed is Mr. Guha mentioning Rabindranath Tagore’s views on Indian culture:

In an essay published in 1908, Rabindranath Tagore observed: ‘If India had been deprived of touch with the West, she would have lacked an element essential for her attainment of perfection. Europe now has her lamp ablaze. We must light our torches at its wick and make a fresh start on the highway of time. That our forefathers, three thousand years ago, had finished extracting all that was of value from the universe, is not a worthy thought. We are not so unfortunate, nor the universe, so poor.”

Hence I find it only suitable to provide the following lengthy citation from the great poets’s 1903 essay The History of Bharatvarsha:

Those histories make you feel that at that time Bharatavarsha did not exist at all; as though only the howling whirlwind of the Pathans and the Mughals holding aloft the banner of dry leaves had been moving round and round across the country from north to south and east to west…..However, while the lands of the aliens existed, there also existed the indigenous country. Otherwise, in the midst of all the turbulence, who gave birth to the likes of Kabir, Nanak, Chaitanya, and Tukaram? It was not that only Delhi and Agra existed then, there were also Kasi and Navadvipa. The current of life that was flowing then in the real Bharatavarsha, the ripples of efforts rising there and the social changes that were taking place — none of these find an account in our history textbooks…….But unfortunately, we are obliged to learn a brand of history that makes our children forget this very fact. It appears as if we are nobody in India; as if those who came from outside alone matter…..From which quarter can we derive our life-sustenance when we learn that our tie with our own country is so insignificant? In such a situation we feel no hitch whatsoever in installing others’ countries in place of our own. We become incapable of feeling a mortifying sense of shame at the indignity of Bharatavarsha. We effortlessly keep on saying that we did not have anything worth the name in the past and thus for everything, from food and clothing to conduct and behaviour, we now have to beg from foreigners… it is the history of our country that has kept our own land obscured to us. From the invasion of Mahmud to the arrogant imperial declaration of Lord Curzon, all the historical annals till yesterday, are only a mass of strange mist for Bharatavarsha. These accounts do not give clarity to our vision of our motherland. In fact, these only serve to cloud it……

Now was Rabindranath Tagore suggesting that we view India with narrow lenses? Is it not the same complaint we hear from the nationalist side? Even after decades of Independence, aren’t we still alienated from our native sources? Isn’t it a fact that Indian universities for long churned out agenda-driven historians who emphasized more on ideological distortion over carrying out authentic research? Didn’t you, Mr. Guha, express your dismay over the suggestion that modern science may have links to ancient Indian philosophy?

So what is Indianising education? I would say primarily it is making our education more effective in connecting us with our civilisational ethos, and not taking us farther away from it. As the article comes to an end Mr. Guha states:

With the great sociologist Max Weber, I believe that ‘universities must not be allowed to become vehicles of indoctrination, promoting a particular political or religious point of view’. This pluralism is, alas, antithetical to cultural commissars, whether the Lefists, who once dominated university education, or the Rightists, who now strive to supplant them.

With a single stroke Mr. Guha proves why he is skeptical of Indianisation. And that is because like many eminent Indian “social scientists,” he must have derived a significant portion of his knowledge from two individuals—Karl Marx and Max Weber.

Max Weber was an astute scholar who associated sociology with economics in his book The Sociology of Economics. In an outstanding 1905 book The Protestant Ethic and the Spirit of Capitalism Weber defined why the protestant societies of that timeline are financially better than Catholic societies which are lagging behind. To validate his point, Weber studied the Christian societies in America, Germany, France, England and Spain along with many others. He concluded that because Protestantism releases a person from the control of the church hierarchy, and is associated to individualism the Protestants are more built-in to conduct enterprises and business.  His works on Christian society is still praised by experts.

However he wrote another book in 1925 which was not published till 1950, titled ‘The Sociology of Hinduism and Buddhism’ where he wrote all societies can come up except the Hindu society and Buddhist society because both believe in Karma and rebirth!

Sufficient to say Max Weber did not properly study the complex thoughts and methodologies of statecraft employed by the Hindu-Buddhist philosophers, a feature present among his academic descendants. And therefore, the Guhas of the world will always be seen wincing at the mention of the word ‘Indianisation,’ because to Weberians like them, it is synonymous with ‘regression.’