What’s making Sri Sri Ravi Shankar up for a fight-to-finish? 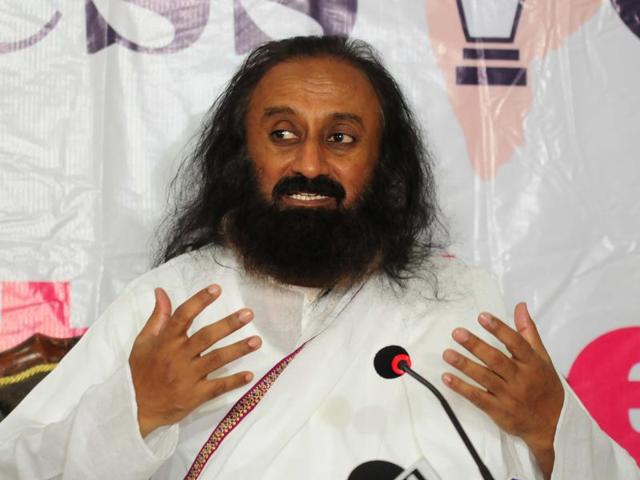 Whether Sri Sri Ravi Shankar’s comments about a perceived mishandling by National Green Tribunal (NGT) are actually irresponsible or the latter’s outburst against the spiritual guru amounts to challenging his freedom of speech will continue to be hotly debated.

Expectedly, the battle lines are already drawn. What would be lost in the ensuing din is an impartial discussion on the merit of the case. Whether the three-day World Cultural Festival (WCF) hosted by the Art of Living last year actually caused any damage to the Yamuna floodplains is a complex subject that needs to be looked into with clearly defined scientific procedures.

Yet, a look at the history of the case seems to suggest that Sri Sri is fighting a larger battle at the cost of sounding irresponsible. Ever since NGT randomly imposed a Rs 5-crore environmental compensation on the eve of the festival, Sri Sri has always maintained that his battle isn’t about the money, but about standing up for justice. “I have been exhorting people to stand up against injustice and I couldn’t just bow and take the unjust verdict. We will contest this till the end,” he had written in a blog post.

What is making Sri Sri’s stance look justifiable is the series of glaring inconsistencies in the handling of the case, which has been shrouded in contradictions from the beginning. Even before the dust could settle on media speculations that its first assessment foresaw no visible damage, an NGT-appointed committee suddenly came up with a figure of Rs 120 crore as compensation cost for restoring the likely damage.

Just as everyone was wondering how could a responsible committee arrive at a figure of this magnitude on the basis of a visual assessment, a letter written by its chairman surfaced stating that the figure of Rs 120 crore “was a mere suggestion” that “inadvertently got recommended” and was not based on any scientific assessment. NGT itself has proved that the assessments of the committee were wild guesses and have no sanctity.

The Art of Living has reasons to believe that decisions with huge implications are being taken on the basis of ballpark calculations and without any scientific studies or investigations. Challenging the committee’s “guesstimates”, it has put out various scientific evidence in public domain to back its no-damage claim. And, they are no gas. An analysis of available independent satellite images of the site taken between 2000 and 2016 clearly proves that the site had no water body or wetland.

A Survey of India map of Delhi dating 1986 also confirms the site had no wetland. Even an elaborate national wetland atlas published in 2011 by Space Applications Centre of ISRO, which listed out 399 wetlands in Delhi including 301 micro-wetlands, doesn’t identify even a single wetland of smallest possible size on the event site. On the contrary, Spot Google Images show the site as levelled and ploughed agricultural land where vegetables are found to be grown since 2005.

In the backdrop of these evidences, the allegations of drastically tampering with water bodies and wetlands for which the NGT committee is trying to penalise the Art of Living falls flat.

If the authorities have granted the permission to host a huge event like the WCF and expected not even a blade of grass will be touched, then they are either totally out of sync or believed too much in the divine power of Sri Sri! That the permissions were granted implies that the Art of Living was permitted to clean up and make the filthy and stinky place fit to host a global event. That’s why the Art of Living is crying foul of being “served a challan for driving through a green light!”

Alleging that the process of natural justice has been severely violated, the Art of Living has been demanding an independent panel of experts to assess the alleged damage as per fair and scientific parameters. It has also taken objection to perceived proximity of some of the members to the petitioner and to leaking of half-information to media with a view to tarnish the image of Sri Sri and the Art of Living. In a glaring blow to its credibility, the latest report of the committee wasn’t even signed by its chairman!

Credibility, consistency and commonsense are the cornerstones of any justice system and any digression will cast a doubt about the motives behind raking up the case. For the sake of its credibility, NGT should have acceded to the Art of Living’s plea for a fresh committee to find out the truth.

Given the track record of the organization which is credited with rejuvenating 27 major rivers and many water bodies across the country, it would be unfair to dismiss its no-damage claim as mere propaganda. NGT can do that only with a proper and scientific assessment. Unfortunately, it has chosen to abdicate the responsibility and instead has blindly target the Art of Living.