Why are Western scholars obsessed with the Indian “caste system”? 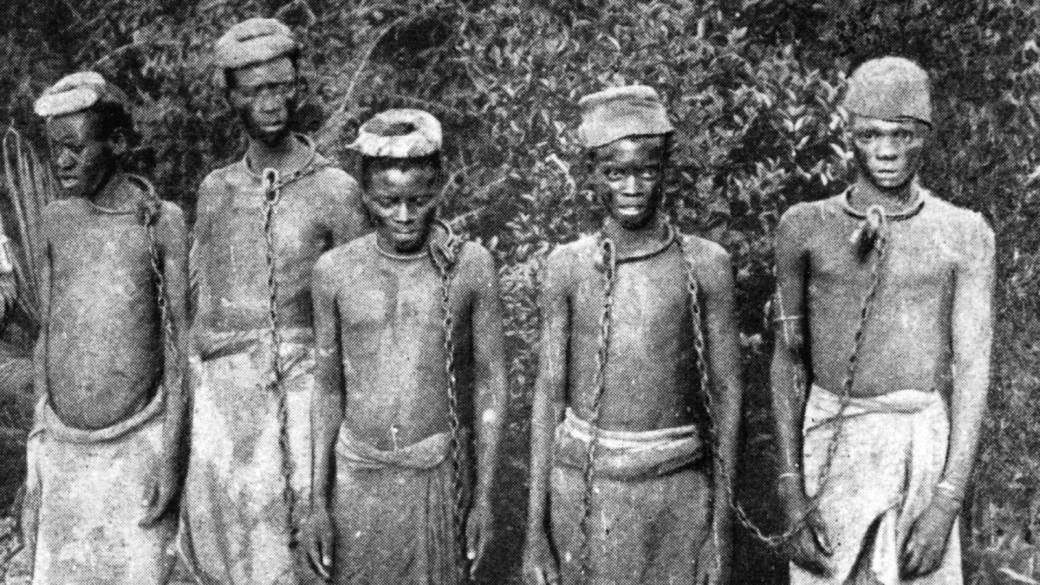 Millions of native Africans perished during the dark centuries of slavery.  African slaves were treated like animals. Orthodox Christians believed that all black Africans were descendants of Ham, the cursed son of Noah, and that it was fine to enslave them and subject them to all sorts of cruelties.

Native Americans were mercilessly slaughtered when the “New World” was being built by white Europeans. Entire villages were wiped off by infecting them with smallpox. Indescribable miseries were inflicted on the natives and now they are near extinction – fit only for displays of their dying cultures to curious tourists.

The same ruthless treatment was meted out to the Australian aboriginals and even the natives of South America. In fact, children that were born of white and aboriginal parents were systematically hunted down in Australia even in the 1950s.

There were Spanish Inquisitions. People were declared witches and burned at the stake. Scientists were sentenced to death for simply revealing natural phenomena. The Black plague was unleashed upon Europe because the then Pope declared cats satanic and hence should be exterminated:  as a result, many parts of the continent were run over by rats.

You cannot find a single incident in India where some saint or some king took such a random decision or when someone who thought differently was executed or poisoned. So many religious practices and beliefs emerged in the Hindu ecosystem. What has been founded by Christian, Muslim, and Jewish faith followers? None! Why? Because they are told they already have the truth, and they will go to hell if they challenge it.

The trend continued when many European countries colonized countries in Africa and Asia.

I think the obsession of many Western scholars, and the Indian scholars influenced by them, about the “upper caste” treatment of the “lower castes” and how the Brahmins discriminated against the Shudras, is an attempt to brush under the rug the atrocities committed by them upon African slaves and other indigenous societies of the world.

I am reading Sapiens: A Brief History of Humankind, and in this, the author, Yual Noah Harari, has repeatedly drawn parallels between how the whites of America treated black slaves and how Brahmins treated the Shudras.

Although the author seems quite knowledgeable, as far as Western history is concerned, he still sticks to the now-debunked Aryan Invasion theory. He builds a narrative out of whole cloth about the Indo-Aryan invasion of the Indian subcontinent 3,000 years ago, enslaved the natives, and then branded them as low castes. Illiteracy, ignorance, and sheer mischief are still part of the game plan of Abrahamic scholars out to showcase for the world their “supremacy”.

I am not saying that these parallels are being drawn as part of a motivated campaign, but let us consider this: both the epics, the Ramayana, and the Mahabharata, were authored by non-Brahmins. Valmiki, who wrote the Ramayana, was a Bheel, still considered a tribal group. Veda Vyasa was the child of a fisherwoman and Rishi Parashar, born out of wedlock.  So, if we are to think about it, would it not be considered a double stigma?

If there was so much disdain for the so-called Shudras, both the epics would not have attained the stature, the acceptance that they have. In the Bhagavad Geeta, Lord Krishna tells Arjuna that millions of years ago he had narrated the wisdom of the Geeta to Manu, who is now a strawman constructed and burned regularly by the secular/progressive/feminist cabals not just in India but by their collaborators in the West.

If Brahmins, consistently presented now as cunning supremacists who did what they did to oppress others, were indeed so cunning and controlling, how come these epics got accepted by the Brahmins, and they became the repositories of knowledge of these epics? Over the thousands of years of Indic civilization, they could very well have easily attributed the authorship of these epics to some Brahmin scholar, could they have not? But they never did. How come?

The fact that proves that one came to be known as an asura by conduct and not by birth is that Ravana was a great scholar, was the knower of all the Vedas and was a high-caste Brahmin who was blessed by Shiva with immortality. Valmiki could have easily created a villainous character from a “lower caste” if he wanted to. Again, if Brahmins were the cunning manipulative men they were said to be, why did they not ever protest that Ravana was cast as a Brahmin and not a Shudra? The challenge for us is that this business of “upper castes” and “lower castes” are modern, manufactured, political terms meant to deal with present-day social discrimination or present-day political aspirations, and that the people of the past did not consider the varnas as hierarchical.

It is also claimed that the Shudras were not allowed to study the Vedas. Still, both the epics are written in Sanskrit, the language of the so-called upper castes. Thus, Vyasa and Valmiki not only mastered Sanskrit but also wrote the greatest epics of the Hindus.  Who were their teachers? How did they learn the language? How did they master it?

Given the Hindu understanding of yugas/ages, there is absolutely no doubt that we do not live in ideal times and in ideal societies. Discrimination happens – between jaati groups, between the rich and the poor, the powerful and the powerless, between men and women, and between one class of people and the other. Our society is divided, and we have now experimented with enough social engineering to make it more divided. But what we forget is that the India of the past also saw acceptance and coexistence to a high degree, which is either not highlighted or is often missing in the current narratives of India’s past. It might be true that a person was born into a jaati/caste but there are many instances of people changing their jaati/castes when they changed their professions as well as their class status. Matanga was a barber but became a Brahmin after attaining knowledge of the shastras. Ashtawakra, a severely disabled person, became a renowned and highly respected scholar. If the lines were drawn so strictly, how could such things happen?

How could the Ramayana and the Mahabharata become such great epics despite being written by “low caste” authors? How can we have so many saints like Kabir, Tukaram and Chaitanya who became famous saints without being hounded by the so-called upper castes? If the upper castes were so powerful and so domineering, they would not have allowed these saints to achieve prominence. How much time does it take to kill or abduct someone and make them disappear forever?

These saints did not just become prominent during their lifetimes, they also became an integral part of our culture.

Even when it comes to women, Indians, especially Hindus, are constantly accused of being patriarchal but we have so many goddesses. I am not justifying the status of women in our society now, but I believe that at one time, both sexes were treated differently. When Mandana Misra challenged Adi Shankara for a philosophical debate, Shankara requested that Mandana Misra’s wife, Ubhaya Bharti, who was known to be a great scholar herself, be the arbiter. Mandana Misra lost the debate but his wife insisted that since she was the Ardhangini (the other half) of the defeated scholar, he could not be considered fully defeated unless Adi Shankara defeated her too. If we are to believe that we were a heavily patriarchal society, Adi Shankara would have refused to have a debate with a woman, but he gladly accepted. He was defeated by her.

How many such incidents do you find in Western societies and in Western literature? Who are the great Western women philosophers of the past? Where do we find them?

There cannot be smoke without fire, and surely there were class and “caste” divides in the past. In the Ramayana, when Shabari tastes the berries herself first to make sure that they were sweet before offering them to Lord Rama, Laxmana says that his brother should not eat the berries already bitten by a lower caste woman. But he also says the berries were purer than the food of the gods. These contradictory messages, read superficially, will fail to make sense to those who are keen to see difference and discrimination in everything of the past and every matter at present.  But the incidents like those of Shabari being revered by Lord Rama himself are aplenty in the Ramayana and they could have been easily expunged if people wanted to. These stories are told with great reverence by Brahmins themselves.

I think many scholars and commentators prefer to blow the caste divides among Hindus out of proportion to give the impression that every society has its dark side, and that the West’s horrific destruction of the rest is coequal to what Hindus did to their own.

Our history definitely needs to be rewritten.

A version of this article was published previously at Medium.com