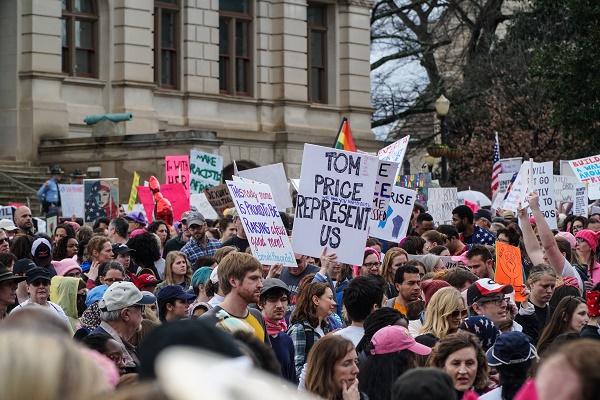 Legendary newsman Walter Cronkite once said, “I think being a liberal, in the true sense, is being non-doctrinaire, non-dogmatic, non-committed to a cause — but examining each case on its merits.” And that was the kind of liberalism I fell in love with during my college days. Twenty odd years later, I have managed to take positions on various issues facing our society today, and almost without exception, I have found myself at odds with those who call themselves “liberals”. I have steadily moved from identifying myself as liberal, to being alarmed at some of their stands, and to complete disillusionment, relatively rapidly, in the last five years or so.

At this moment, I am terrified of liberals.

Two clarifications before we start in earnest, if that’s all right with you. One, it is not the scope of this article to debate whether the people I am talking about are liberals in the true sense of the term. Whether you like it or not, the space belonging to the liberals on the spectrum of political discourse is taken up by a group that has exhibited certain inconsistencies time and again, and it is that group that I will be referring to in my article. As most of these liberals also identify with leftist politics, I feel the terms “liberals” and “left liberals” can be used interchangeably.

Here, then is a short list of reasons why I as an ordinary citizen of India, am terrified of the liberal movement across the world.

Liberals have no absolute stand on any issue

Whether it is vigilantism, or online violence against women, today’s liberals refuse to take a stand on principle anywhere. Just think about it — when was the last time you read about a liberal protesting against the murders of RSS workers in Kerala? Even in the online violence issue, a mainstream journalist like Barkha Dutt has gone to the extent of justifying the abuse received by Rupa Subramanya in this tweet. When Pune-based Shefali Vaidya was attacked using a fake picture by the Congress Social Media Cell, not one journalist stood up for her.  This is exactly the opposite of being the non-doctrinaire, non-committed to a cause type of liberal Mr. Cronkite talked about.

They are largely anti-democracy

As fewer and fewer number of people support their more extreme positions, left liberals have realized that this system of letting people decide through the ballot box is the problem. So, when the Indian population returned the single biggest verdict favouring a single party in the last 30 years, suddenly a lot of journalists and “intellectuals” remembered that as the BJP received only 31% of the votes, it actually meant that the majority of the country voted against them. These people conveniently forgot that as the BJP had received the highest share of votes, their logic when extended to other parties meant that the BJP was also rejected by the least number of people. This trend of attacking democracy continued when the UK voted for Brexit earlier in 2016. Journalists like Ishaan Tharoor felt that the right of voting should be determined by age – wanting to deny votes to older voters. Eminent journalist Shekhar Gupta termed Brexit as “lazy, stupid, irresponsible government giving the keys to the mob and sitting back”. Then, in November, when Republican Presidential nominee Donald Trump secured a decisive win against the Democratic nominee Hillary Clinton, all of a sudden everyone remembered that he had lost the popular vote (total number of votes received). Once more, these commentators forgot to tell us that as per the American election system, popular vote is not even used to break a tie in case electoral votes are tied. Changing the yardstick based on results is the classic example of being a sore loser; even at the best of the times, when it is used to question the validity of the only system that allows ordinary people to bring change without violence, you have to be more than a little alarmed.

Today’s liberals are the most divisive people on the earth

Liberals feel comfortable when they have neatly labelled and put you in a box, and God help you if the given tag is not acceptable to you. Under the name of intersectionality, liberals have created a hierarchy of oppressors and victims that makes no sense to any rational person. Of course, you are really not allowed to comment on it because if you do so then you might be asked to “check your privilege” before being labelled a racist, sexist, bigot or a homophobe.

Nowhere the duplicity of liberals is on display more than in case of the free speech debate. There are four important hypocrisies commonly practiced by the liberals here.

1. Speech is violence, but violence is free speech–

If you speak to an Indian journalist about what constitutes the biggest threat to liberties in India, s/he would target the nameless, faceless trolls abusing liberals online. Other than this, liberals are also big supporters of monitoring language. While this problem is not as bad in India as it is in the United States (where a college president had to actually apologize for saying ‘all lives matter’), liberals in India too are increasingly monitoring language online and in public discourse, setting completely arbitrary and ever-changing rules about what constitutes online violence. At the same time, these people are shockingly tolerant of violence in real life as well as in using social media to mobilize a violent movement. So, anyone calling out the media’s obvious anti-BJP bias is a troll who must be silenced, while JNU student leaders screaming “Bharat tere tukde honge” and “Bandook ked um pe azadi” are only examples of free speech.

2. Yes to restrictions on social media, no to criminal defamation-

Nearly uniformly, all Indian mainstream journalists want more restrictions on social media citing abuse, threats of violence, and slander. And yet, when these same journalists lie and target a particular individual or community, and when that individual or the community decides to fight back with a criminal defamation lawsuit, liberals scream bloody murder.  There is no rational positon that would allow a conscientious individual to demand more restrictions on ordinary people’s FoE, and seek a free pass for self from similar restrictions.

As much as we would like them to, lies are not protected under free speech anywhere in the world. That does not stop left liberals from portraying Sanjay Leela Bhansali’s attempt to show the ruthless mass murderer Allauddin Khilji as a romantic lover-boy, serenading the same woman who chose to end her life rather than accepting his advances, and claiming it as both  free speech and artistic licence. Yet, when Milo Yiannopoulos goes to talk on college campuses where he expresses his political opinions, it is labelled hate speech. Disagreement with liberals is claimed as proof of hate speech, and it is the most potent weapon liberals are using to silence the opposition.

4. Censor is dissent, dissent is censor-

Remember how the liberals were up in arms when people were planning to boycott Amir Khan’s movie or down-rating Barkha Dutt’s book? Barkha went to the extent of threatening Amazon if they did not take the negative reviews down. Yet, when poor Vikram Sammpath was nearly driven out of the Bangalore Literature Festival that he had helped build, it was seen as nothing more than the dissent of Vikram’s ideological opponents. In the US, several liberals threatened publishers Simon and Schuster for their decision to publish Milo Yiannopolous’s book. There is a big difference between asking your friends not to buy a product, and threatening the merchant with consequences, more often than not through government and judicial means, if he produces/markets it. As liberals have control over traditional media, they can threaten merchants effectively, because they are a minority when it comes to absolute numbers, and boycotting a product is not effective. Hence, they support action against the publishers of Milo’s book but are totally against an ordinary man like me down-rating Barkha’s book.

In a shocking abuse of his privilege as an MP, TMC leader Derek O’Brien referred to two people (including my friend Rahul Raj) as trolls in the Upper House a few days ago. A true liberal would have been outraged at this naked display of power by a politician bullying an ordinary man. And yet, numerous journalists including Barkha Dutt, Nikhil Wagle and Rohini Singh all applauded O’Brien for “Speaking up against trolls”. Of course O’Brien had no proof, and the book he was citing from had been poorly researched.  But like Tom Cruise says in ‘A Few Good Men’, most Indian liberals seemed to have been sick the day they taught law at law school. Similarly, a week ago, Indian Express played cheerleader to film-maker Anurag Kashyap as he dragged in an ordinary man’s father into an online argument and called him “paid”.  So, bottom line, an ordinary guy calling a powerful journalist “prestitute” (a term not endorsed or ever used by me) is a troll while a rich man abusing an ordinary man is a hero.

While left liberals are always outraged over some “outrage” committed by someone  against an individual from the LGBTQ community or against women, surprisingly these people are extremely sympathetic to Islamic extremism practiced and displayed the world over. Linda Sarsour, a Palestinian-American and a notorious bigot who openly calls for imposing Sharia law, was the co-chair of the recent women’s march in Washington DC. This woman, in the past, has called for violence against women like Ayaan Hirsi Ali, and yet not one left liberal, either in the United States or here in India, thought of asking the women’s March organizers why their co-chair was such a horrible bigot.  Countries that punish homosexuality with death are nearly all Islamic majority, and yet the people who will call you a “homophobe” and lose their sleep over the wrong pronoun being used while describing Chastity Bono, have turned a blind eye towards the homophobia sanctioned by countries like Iran and Saudi Arabia.

If you look at the liberal movement as it stands today, the picture is apt to frighten you. It has the support of people who control the mainstream media. Entertainment personalities, some of the biggest egomaniacs on the earth, are largely in its favour. From violence to homophobia and from slander to religious extremism, absolutely nothing is off- limits or off the table for them.  They not only feel consensus is not important for policy decisions but they have active contempt for it (Google “majoritarianism” and see how its usage has gone up in the last decade or so). They feel the decision-making rights of the highly educated or otherwise elite, supersede those of ordinary citizens. They are convinced that the world is in trouble the way it is right now, and they have 100 % conviction that they have a fix for it.

Cue in the Panzer II rolling across Poland with the slogan ‘am ende steht der sieg’ (In the end stands victory) my dear, for the age of reason might have ended already.

Be afraid, be very very afraid.