Why is the Media Silent on Pachauri? 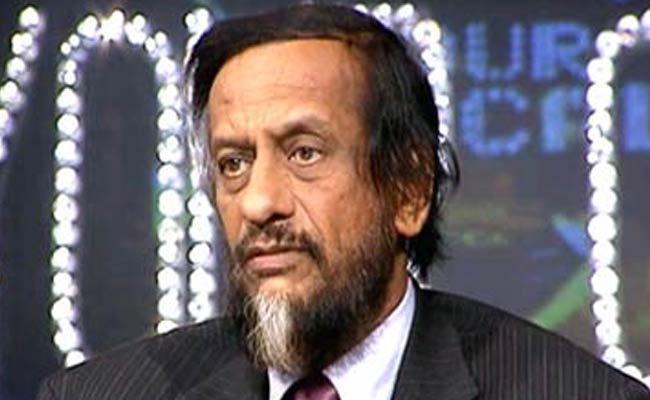 In the din of award waapsi and intolerance debates, a young girl who was fighting a case of sexual harassment against a well-known figure quit her job. The well-known person is none other than Rajendra Pachauri– Director General of The Energy and Resources Institute(TERI) and former chief of the UN Climate panel.

In fact, while the girl quit, the institute’s governing council (GC) has appointed Pachauri as executive vice-chairman of the GC. A few months ago, another similar case that got a silent burial was the rape case in Greenpeace. Since the NGO has many sympathizers in the media, not surprisingly there was no din around it.

My question to all those feminists and media persons who go to town about women’s safety, their rights, their empowerment and yes, to all those who cry intolerance where is your voice now? Do you not see any merit in pursuing this case? Should I conclude that you are selectively intolerant towards rape victims?

I understand you cannot scream hoarse over each and every crime that happens in the country. But in the ones, where powerful known people/organizations are involved, your reactions/debates will help set a precedent for any other such crime that may occur in future.

It will embolden women to speak out and be fearless. However, you silence over the crimes committed by one of your own are only giving out one message to victims and women at large: that if you take on a powerful man who is on our side, you will lose. That power is all and self-respect is nothing.

After all wasn’t Tarun Tejpal who was accused of rape invited to a Lit Fest? Isn’t Tanmay Bhat of AIB infamy who spoke crass stuff like this about baby girls not hounded for this tweet? The AIB’s “It’s Your Fault” video was promoted but these tweets by him got a deafening response. Why this tolerance for someone whose tweets can be construed as expressing an intent to rape children?

Iam aware that calling someone a rapist/molester till a verdict has been announced is unfair. But isn’t this what you do ever so often? Remember the Rohtak sisters case and the Alka Lamba case? You also carried an entire video of Nityananda and his “sexcapades” and then when the truth was out, you shamelessly carried a little disclaimer.

I hold no candle for sexual offenders -they only have my condemnation. However, in your studios and in your articles when I see a selective labelling of some offenders like Asaram Bapu as rapists and see others going scot free, I often begin wonder whether you really who hold a candle for rape offenders?

Imagine if the actress PayalRohtagiwho accused Dibakar of making sexual advances in exchange for role, was targeting an actor/person was a “Rightist” and not from the liberal, award wapsi brigade – according to your news reporting template, this old story would have been raked up and splashed all over the channels.

So, why this tolerance for Pachauri?

Should we then conclude that all the concern you spout for sexual harassment victims and survivors are mere sound-bytes reserved for prime time slots and some UK filmmaker’s racist documentary? Doesn’t the fight for Nirbhaya/Jyoti case come to naught when we see this lackadaisical approach to news that involves the powerful Pachauri?

You shed tears for Akhlaq’s family. I feel their pain too. Nobody deserves to die over a food choice (it’s a different matter that his death maybe due to a totally different reason). But I also feel pain of Jyoti’s parents when I read that Nirbhaya/Jyoti’s juvenile rapist will be released soon. Did her parents not deserve your sympathy?

This is an issue that needs serious debate and can have ramifications for future cases. Juvenile criminals and how we treat them in the law is a grave cause and needs to be debated. This would pale in comparison to the phony intolerance “debate”that you are spearheading. So, why do you choose non-issues over serious crimes such as rape? Is it because you see everything in India under the Modi/BJP/saffron prism?

While I hope that Indians awake to this agenda based reporting, I do hope that you read the following lines by Swami Vivekananda from his book Raja Yoga:

“It is wrong to believe blindly. You must exercise your own reason and judgment; you must practice, and see whether these things happen or not. Just as you would take up any other science, exactly in the same manner you should take up this science for study.” This applies to your reporting as well.

Remove the blinkers, exercise your own judgment and see if you really feel for the cause of rape. You might get an answer that motivates you to take the right path.