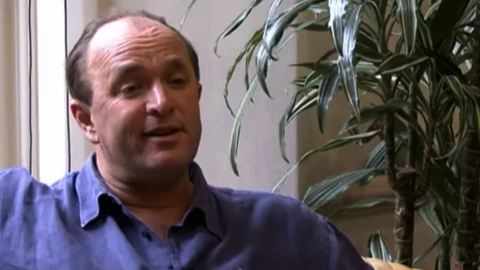 On 13 July 2014, The Guardian published an opinion article by the well-known historian of Moghul India, William Dalrymple: “The ISIS demand for a caliphate is about power, not religion.” We have heard this tune numerous times, literally and in so many words: whatever happens in the name of Islam, our progressives declare that “it is about power, not religion”. But the question, “whose power?”, brings back the Islamic factor. It is a religious conviction that seeks to increase the power of its incarnations in organizations or states.

Moreover, the contrast between power and religion makes sense in some denominations of Christianity, and will sound like a familiar truism to British readers, but it does not apply to Islam at all. Unlike Christ, whose kingdom is quoted as “not of this world”, Mohammed did claim and finally acquire power. Islam is not about personal salvation, but about founding a state and imposing a law system. If ISIS did not seek political power, it would not be a vanguard of Islam.

The article’s subtitle says more about the actual contents: “The self-anointing of Abu Bakr al-Baghdadi taps into jihadi nostalgia for a golden era of Islam.” Al-Baghdadi is the leader of the Islamic State of Iraq and al-Sham (ISIS: al-Sham = the Levant), who has just transmuted his jurisdiction in the Islamic State tout court, and declared himself Caliph.

As was to be expected, Dalrymple’s attention is not on the actual events, nor on the events which the ISIS protagonists explicitly refer to, but on his beloved colonial period. He starts out with a colourful depiction of the deposing of the last Ottoman Caliph, Abdülmecid (Abdulmajid) II, in 1924. Since the last Caliph’s descendents show no interest in the job, it has been lying vacant till someone has dared to claim it. Whereas the Ottoman Caliph had become a Western gentleman avidly reading Western thinkers all while filling the seat of a premodern Islamic institution, al-Baghdadi goes about in black robes and his only literature is the Qur’an and the Hadiths.

We have little against this summary of historical facts: “The restoration of the caliphate has been a dream of Islamic revivalists since at least the 1950s, when Hizb ut-Tahrir began calling for its resurrection. The Taliban leader Mullah Omar went as far as claiming for himself one of the caliph’s traditional titles, Amir al-Mu’minin, the commander of the believers; the restoration of the caliphate was often mentioned by Osama bin Laden as his ultimate goal. But al-Baghdadi is the first Islamic leader since Abdülmecid to take the title, which, for many Muslims, distils deep millennial dreams of a great, just, pure multinational empire of faith – the nearest thing the Islamic world has ever seen, so the Islamists will insist, to heaven on Earth. Nostalgia for this lost world is directly associated with the golden age of early Islam, when under the leadership of the first four caliphs – the successors [of Muhammad] – Islam expanded from the Hejaz out through the Levant to borders of Sindh in the east and southern France in the west.”

The usual characters struck by a divine calling have more often claimed to be the Mahdi, the leader of the Muslims during the ultimate confrontation with unbelief before Jugdment Day. So, in a way, the present development constitutes an improvement: “Caliph” is a more mundane title without Apocalyptic pretences. Still, it means the leader of the whole Muslim world, no less.

We also tend to agree with Dalrymple when he writes: “Yet, beyond this first century, the history of the caliphate is far more troubled, bloody and contested than many realize. For most of Islamic history the title of caliph has been disputed by a succession of Muslim leaders who were anxious to give sacral legitimacy to conquests already achieved (…). As ever in the Middle East, religion is a useful mask assumed by the powerful as a way of holding on to power.” But in this case, there’s a snake hiding in the grass. The Caliphate has later on been used as a tool for power by rivaling warlords, true; but the institution itself came about as a fist against the unbelievers, giving a veneer of political legitimacy to the Islamic hold over its flock and oppression of the unbelievers. The institution Caliphate can only be abused for personal ends after existing at all, and its very existence is as a weapon of Islam against unbelief.

We helpfully learn that the Ottoman Caliphate, born in 1517, was challenged by the Moghuls from 1579, when Moghul emperor Akbar declared himself “khalifatu’l-zaman”, the caliph of his time, and “khalifa” remained one of the imperial titles of the Moghuls right up to 1858, when the remnants of the empire were dissolved. Some eccentric millennial Islamist mystics have also declared themselves caliph before being declared heretical and falling from power.

Al-Baghdadi will probably fit the mould of one of these examples, namely as leader of a short-lived break-away state, soon to be reabsorbed by one of the bordering “Sultanates”, i.e. states pledging allegiance to Islam but without the ambition to unite all Muslims and represent Islam. Then again ISIS may “mark the beginning of a permanent new jihadistan which will succeed in establishing itself on the map”. While it is too early to tell what will become of this endeavour, Dalrymple it quite right in observing that “it cannot but have great resonance through the Islamic world, (…) It will inevitably attract jihadis from across the globe to the ISIS banner.” Indeed, hundreds of European-born enthusiasts, including some converts, are fighting in the ranks of ISIS.

So, by and large, this article of Dalrymple is OK. But in the very last sentence, he spoils it all by declaring: “It is no comfort that the terrible tragedy of Iraq is entirely a mess of our own creation.” No!

We can agree that the interventions in Iraq by Madeleine Albright, Tony Blair and George W. Bush were very ill-inspired. Saddam Hussein was bad, but as we now know, his regime had its advantages too. It protected the minorities, whereas the Anglo-American intervention will be remembered by history for causing the massacre or flight of the Christians and the internecine fighting between Shi’ites and Sunnites. Secondly, it guarded the borders of Iraq. Not that these late-colonial lines on the map are worth fighting for, but we notice that Bill Clinton went to war over protecting the borders of the Yugoslav province of Bosnia, and that John Kerry is now pleading for the losing cause of Iraqi unity. So, yes, the West misbehaved badly in Iraq. In order to evolve and to outgrow Islam, the Muslim world needs a thaw, not this polarization (with the West as well as internally) that only strengthens backwardness and fanaticism. Whereas we critics of Islam plead for peace in and with the Muslim world, it is the flatterers of Islam in the Western capitals who have wanted these interventions and brought about the death of hundreds of thousands of Muslims.

But “the terrible tragedy of Iraq” is not “entirely of our own making”. The ethnic division between Arabs and Kurds, the Islamic division between Sunna and Shi’a, the religious division between Muslim and Christian (not to speak of Mandaean, Yezidi and a few others), these have all been in existence for more than a thousand years. Over and above the human bloodthirstiness, Middle-Eastern fanaticism and cruelty are older than the Western intervention. Do blame the West for many things, but the problems plaguing the Muslim world are mostly of its own making.